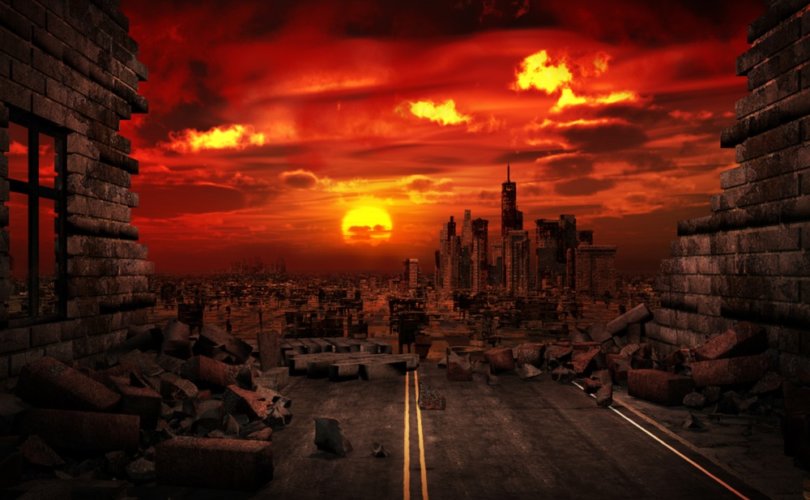 August 25, 2020 (LifeSiteNews) — An Oxford University social anthropologist’s decades of work have shown that there is a direct correlation between unbridled sexual freedom and the demise of cultures. He did it nearly 100 years ago, long before the sexual revolution exploded in the western world.

The work of J.D. Unwin in his 1934 treatise “Sex and Culture” is prescient. His findings have turned out to be incredibly predictive, having been affirmed by the history of nations over the course of ensuing decades.

Unwin observed that when a society forsook strict prenuptial chastity, a type of “human entropy” — a gradual descent into disorder — set in. Monogamy, belief in God, and rational thinking disappeared within three generations of the shift toward greater sexual freedom. He concluded that sexual revolutions have long-term, devastating consequences for culture and civilization.

The Oxford researcher, who died in 1936, looked at 86 societies and civilizations — stretching from the ancient Sumerians, Babylonians, and Romans to Polynesian and Micronesian societies to the Dakota, Hopi, Chickasaw, and Crow Indian tribes of North America — to determine if there is a relationship between sexual freedom and the flourishing of cultures.

In a lengthy blog piece titled “Why Sexual Morality May Be Far More Important than You Ever Thought,” Christian author and speaker Kirk Dunston has distilled Unwin’s massive study, conducted over a lifetime.

“The most powerful combination was pre-nuptial chastity coupled with ‘absolute monogamy,’” noted Dunston. “Cultures that retained this combination for at least three generations exceeded all other cultures in every area, including literature, art, science, furniture, architecture, engineering, and agriculture. Only three out of the eighty-six cultures studied ever attained this level.”

“When strict prenuptial chastity was no longer the norm, absolute monogamy, deism [religion], and rational thinking also disappeared within three generations,” wrote Duston. And if total sexual freedom was embraced by a culture, that culture collapsed within three generations to the lowest state of flourishing,” and was usually conquered or taken over by another culture with greater social energy.

Dunston wondered, “How are we doing as we enter the second generation since our own sexual revolution at the end of the 20th century?”

His conclusions reveal how closely Unwin’s findings have been predictive of the unraveling and weakening of American and European culture since the start of the sexual Revolution:

“Unwin’s three main predictions — the abandonment of rationalism, deism [religion], and absolute monogamy — are all well underway,” noted Durston, “which makes the ultimate prediction appear to be credible … the collapse of Western civilization in the third generation, somewhere in the last third of this century.”

Evidence of the destructive trajectory of the sexual revolution is everywhere, leading to a great cultural unraveling: the increase in children born out of wedlock and more than 60 million unwanted babies aborted. Every letter in the acronym LGBT — a movement that continues its ascent in popular culture and political power — stands for a peculiar type of rejection of science and nature visible in the complementarity of man and woman. The immutable definition of marriage has turned to dust, and now “some men have cervixes” and “some women have penises.” The number of religious believers has dropped precipitously, accompanied by a corresponding rise of the “Nones,” those who have no faith. And now chaos — the end product of entropy — is increasing in very real ways due to Antifa and other groups bent on anarchy.

Unwin’s “research provides strong rational justification for the inference that God’s moral laws pertaining to our sexuality, although they may restrain us from some immediate pleasure, protect us from enormous long-term suffering while maximizing our long term flourishing,” concluded Durston.