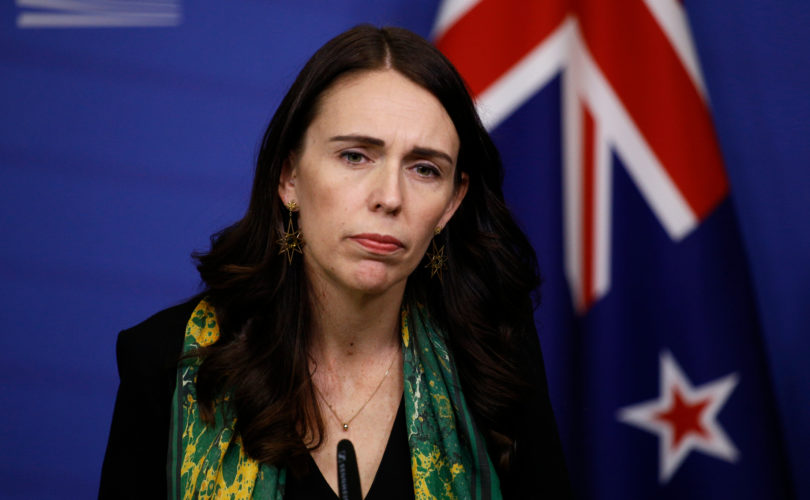 ‘Remember that unless you hear it from us, it is not the truth’

July 16, 2021 (LifeSiteNews) – While Big Tech and even governments are ramping up censorship on issues relating to COVID-19, particularly the experimental injections, resurfaced footage from 2020 hints at the manner in which some governments seek to exercise control over the population and be the “single source of truth.”

The words were uttered by New Zealand Prime Minister Jacinda Ardern in what appears to be resurfaced footage from March 19, 2020, when she was commenting on the “conspiracy theories” found on social media with regard to COVID-19 lockdowns.

She began by noting how she had “been watching for some days” on social media channels but was not able to personally “dismiss every single rumor I see on social media, tempted as I might be.”

“We will share with you the most up-to-date information daily. You can trust us as a source of that information,” Ardern declared.

“You can also trust the Director-General of Health and the Ministry of Health. For that information, do feel free to visit at any time to clarify any rumour you may hear covid19.govt.nz, otherwise dismiss anything else.”

Ardern next revealed that the government and its various appointed ministers would be the harbinger of truth and that New Zealanders were to trust no one else apart from the government.

“We will continue to be your single source of truth,” she said. “We will provide information frequently. We will share everything we can.”

As for that which was not proposed as trustworthy knowledge by the government, Ardern stated that it should be deemed untrustworthy: “Everything else you see – a grain of salt.”

Reporters queried Ardern on what such an example of a conspiracy theory might be, referencing rumors on social media that a COVID-19 related lockdown was imminent, in March 2020. In response, Ardern avoided the specific point but stated that such online messages “add to the anxiety people feel.”

The 40-year-old, far-left Labour Prime Minister was speaking in Rotorua, in New Zealand’s North Island, where she was meeting tourism officials to lay out an economic rescue package.

She urged people to “prepare but do not panic” for potential restrictions.

Referring to online theories, Arden stated, “When you see those messages, remember that unless you hear it from us, it is not the truth,” as she urged people to visit the government’s COVID website.

“We will continue to provide everything you need to know,” she ended.

While ruling out the social media rumors of a lockdown in her comments, which were made on March 20, 2020, Ardern announced a national four-level COVID alert system just one day later. As a result, the country entered a national lockdown on March 25.

“I say to all New Zealanders: the government will do all it can to protect you,” Ardern announced when breaking news of the lockdown. “Now I’m asking you to do everything you can to protect all of us. Kiwis – go home.”

Then on May 13, 2020, the government hastily passed the “Covid-19 Public Health Response Bill” that would allow police to conduct searches of private property without a warrant if it was believed that people were breaching COVID restrictions.

While Ardern slated people for spreading rumors of a lockdown in early 2020, her COVID-19 Response Minister recently suggested that the government would actually have to “go out and find” any New Zealanders who were unvaccinated.

“Early next year we’ll be in the phase of chasing up people who haven’t come forward to get their vaccination or who have missed their bookings and so on,” the Hon. Chris Hipkins, MP, declared.

As footage of Ardern’s comments has re-emerged in recent days, she has received considerable backlash. One person described her as a “full-blown psychotic dictator,” and another quipped that the message was “right out of 1984.”

Indeed, Ardern’s words seemed to echo comments made earlier this year in an op-ed in The New York Times that called for Joe Biden to appoint a “reality czar” in order to “tackle disinformation and domestic extremism” with particular reference to election fraud and information about COVID-19. The article declared that America was undergoing a “reality crisis” in which “disinformation and domestic extremism” were spreading rapidly.

Raheem Kassim, the editor-in-chief of the National Pulse, responded to the news with a simple tweet, comparing the reality czar to the Ministry of Truth in George Orwell’s dystopian novel “1984.”

“Ah, the Ministry of Truth,” he tweeted. “I’ve been waiting for this one.”