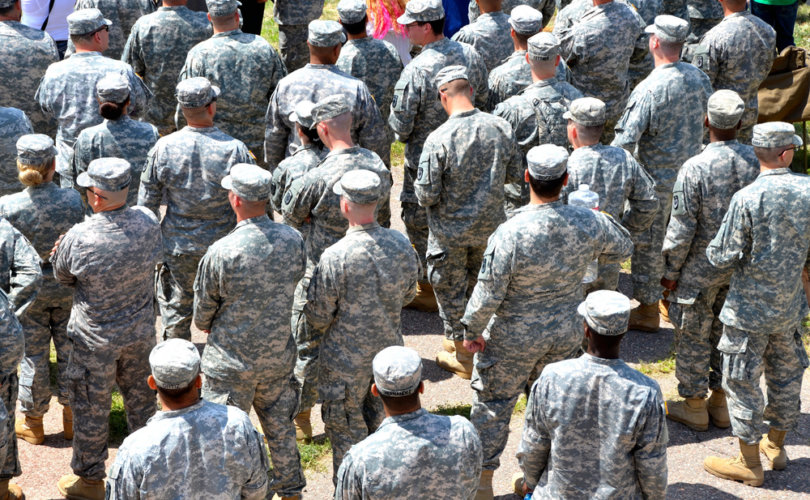 WASHINGTON, D.C. (LifeSiteNews) – A Republican Representative from Florida voiced concerns about the National Guard enforcing COVID jab mandates at a time when the country normally faces wildfires and hurricanes as well as the ongoing war in Ukraine and the growing military threat from China.

“June 30 marked Secretary of Defense Lloyd Austin’s arbitrary deadline for members of the National Guard and Reserves to receive the COVID-19 vaccine despite Congress’ mandate that the Department of Defense establish uniform procedures under which service members can be exempted,” Waltz wrote Monday. Waltz served in the Army for 26 years and is a retired Green Beret. He previously had COVID and has been jabbed.

Waltz argues that enforcing the jab mandate would “cripple” the Guard for lack of staffing. Writing for FOX, Waltz observed that “Should Secretary Austin enforce this mandate on service members who have opted not to get vaccinated due to personal health reasons or religious exemptions, the National Guard will be crippled.”

Waltz further states that the decision to enforce the mandate would result in punishing the 60,000 Guardsmen and Reservists that have refused to take the jab. He also expressed concern that the country’s military is being depleted in light of COVID mandates and leftist ideology used in the military in light of the continued conflict in Ukraine, the growing military threat from China, and weather phenomena such as wildfires and hurricanes that normally effect the United States in the late summer months.

Waltz also noted that servicemen who have refused to take the jab have been denied service pay and retirement benefits.

“While the Biden administration mulls its decision, Guardsmen and reservists are not allowed to participate in training exercise or war games,” Waltz wrote. “This greatly reduces their fighting capacity should National Guard units need to activate for combat overseas or a natural disaster. We pride ourselves on having the best-trained warfighters in the world and keeping them at home only makes us less prepared for our next military undertaking or large-scale domestic crisis.”

Waltz also addressed other vaccines that servicemen were required to take, stating, “The reality is the COVID-19 vaccine was developed under an emergency order and other mandatory vaccines have decades of research to back their safety and effectiveness.”

Waltz wrote a letter earlier this month asking Austin to consider the National Defense Authorization Act of 2022, which stipulates that the Department of Defense (DOD) must establish guidelines on vaccine exemptions. Waltz also urged Austin to consider natural immunity, which studies have shown to be more effective than the jabs to fight COVID-19.

The military has attempted to impose harsh COVID policies since President Joe Biden took office. In December, the military began discharging soldiers for refusing the shots, and the deadline for Army Reservists and National Guardsmen to take the injection passed June 30. The discharges, which threaten to significantly deplete the manpower of America’s armed forces, have prompted legal challenges that have so far been neglected by the U.S. Supreme Court.

An Army lieutenant was court-martialed in April for questioning the effectiveness masks to stop infections and for refusing to get tested for COVID. The lieutenant, Mark Bashaw, also refused the jab, citing the drastic increase of deaths and injuries from the federal Vaccine Adverse Event Reporting System (VAERS).”

The Army has approved only 20 permanent religious exemptions for the jab from 8,000 requests.