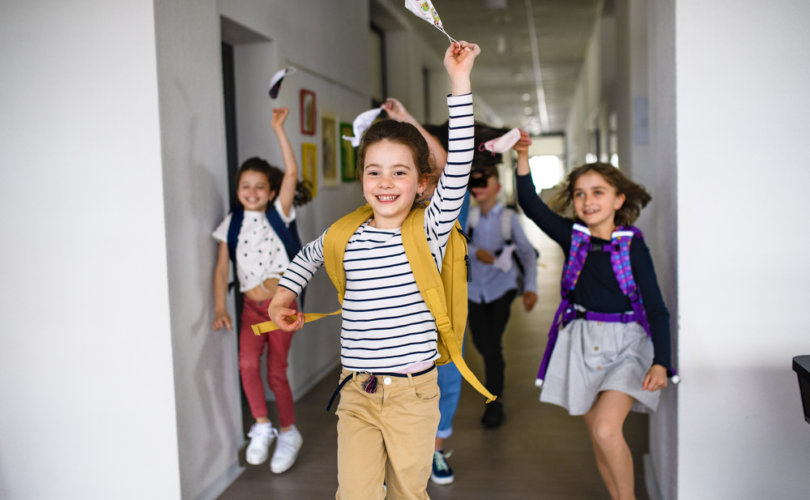 TALLAHASSEE, Florida (LifeSiteNews) — Florida school districts mandating masks for kids in violation of Republican Gov. Ron DeSantis’ ban have been issued financial penalties after a unanimous Board of Education vote to green-light the strategy Thursday.

The move is the latest salvo in an ongoing legal battle with President Joe Biden over the rights of citizens to make their own health choices, as well as the state of Florida’s authority to make and enforce its own rules without federal interference.

At its October 7 meeting, the Florida Board of Education (BOE) unanimously agreed to impose financial penalties for school districts mandating students wear masks to allegedly stem the spread of COVID-19, taking up Education Commissioner Richard Corcoran’s recommendation to impose the penalties as an enforcement measure.

The financial penalties stripping state funding from defiant districts will be used to ensure schools comply with an executive order signed by Gov. DeSantis in July prohibiting school administrators from forcing children to mask up against their parents’ wishes.

After facing legal action from proponents of mandated masking, Florida’s ban on school mask mandates was upheld by a federal judge on September 15, with the court standing firm by rejecting an appeal to reconsider on September 30.

Eight school districts in the state have now had state funds withheld for their illegal mandates, while the names of three districts were removed from Thursday’s agenda when they shelved their mandates ahead of the BOE’s vote, the Atlanta Journal Constitution reported.

The board also moved to block the Biden administration from supplying federal taxpayer dollars to replace the funds withheld by the state.

According to Corcoran, the federal government’s interference with Florida’s law “is one of the most egregious violations of the 10th amendment to the U.S. Constitution and Florida sovereignty in our lifetimes.”

As previously reported by LifeSite, the Biden administration announced last month that it would step in to prevent enforcement of Florida’s ban on mask mandates, saying it would provide federal funds to cash-flow school districts stripped of state funding.

The grants restored 100% of the paychecks for school workers who had their salaries frozen for failing to abide by Florida law.

According to the Atlanta Journal Constitution’s report, as a result of the BOE vote, the state “was authorized to withhold an amount equal to the federal grants that two districts, Broward and Alachua, received to maintain their mask policies.”

Broward, which received a $421,000 grant from the Biden administration after refusing to leave masking up to families, has already been hit with a $70,000 penalty. The district is likely to lose another $456,000, equal to the amount of its federal grant as well as one month’s salaries for the defiant school board members.

Meanwhile, Alachua is set to lose $148,000 in funding, equal to its federal grant, plus $13,000, which is equivalent to a month’s salary for its school board members.

“By their own terms, these grants encourage school districts to violate Florida law … if the federal government can simply backfill or buy off school districts with grants, then the state’s enforcement authority is neutralized, nullified and abolished,” Florida’s education commissioner said

Despite recent big wins by Gov. DeSantis and the GOP-led Florida legislature, the battle between the federal government and the state of Florida over mask mandates shows no signs of slowing down.

Last month, the U.S. Department of Education announced it was launching a civil rights investigation into the Sunshine State’s ban on mask mandates, alleging it could harm disabled students.

This week, the governor’s office issued a statement calling the probe “a fictitious civil rights investigation against Florida because of our lawful fight against elected school boards.”

Florida is also not the only battleground upon which an ongoing war between parents and school boards is being waged.

The federal government this week signaled it would wield its law enforcement powers against parents who have turned out to school board meetings in large numbers this year to protest politically contentious school policies.

At the meetings, parents and community members have expressed anger and disapproval about various policies and curricular decisions made by the schools, including mandatory masking and the teaching of critical race theory and radical gender ideology.

On Monday, the Department of Justice published a memo by Attorney General Merrick Garland asking the FBI, along with U.S. attorneys, to collaborate with local officials in an effort to shut down alleged “threats of violence” against school employees by upset parents.

As noted by the Daily Wire, the memo failed to cite any specific examples of such violent threats.

“In recent months, there has been a disturbing spike in harassment, intimidation, and threats of violence against school administrators, board members, teachers, and staff who participate in the vital work of running our nation’s public schools,” the memo said.

“While spirited debate about policy matters is protected under our Constitution, the protection does not extend to threats of violence or efforts to intimidate individuals based on their views,” the document continued.

In a Tuesday tweet, Gov. DeSantis said he would resist the FBI’s interference, saying “Florida will defend the free speech rights of its citizens and will not allow federal agents to squelch dissent.”

Attorney General Garland is weaponizing the DOJ by using the FBI to pursue concerned parents and silence them through intimidation.

Florida will defend the free speech rights of its citizens and will not allow federal agents to squelch dissent.

“Attorney General Garland is weaponizing the DOJ by using the FBI to pursue concerned parents and silence them through intimidation,” DeSantis said.