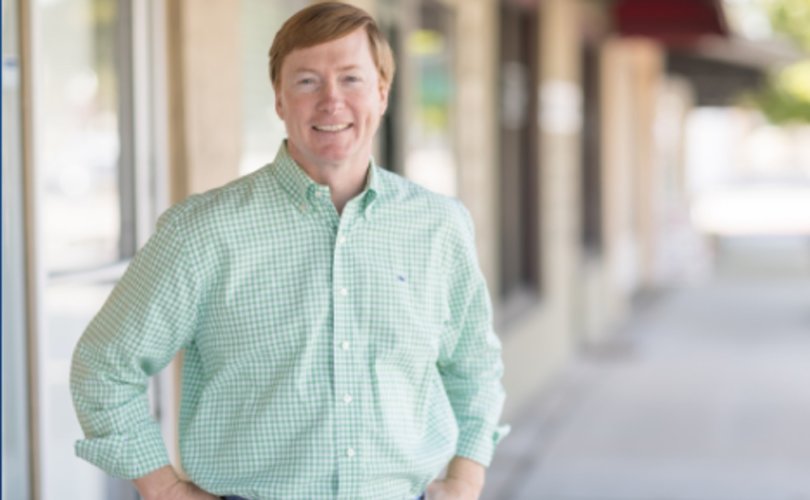 ORLANDO, Florida, May 7, 2018 (LifeSiteNews) – Republican candidate for governor Adam Putnam vowed Saturday night to sign legislation banning abortions once a heartbeat is detected and to veto legislation mandating that men be allowed to use women’s restrooms, if he is elected.

“If the heartbeat bill gets to my desk, I will sign it,” Putnam, currently the state’s Agriculture Commissioner, declared during a question-and-answer event with his leading primary opponent, U.S. Rep. Ron DeSantis. “That life is real. It should be protected. It should be defended.”

Last week, Iowa became the first state in the nation to put such a law on the books, banning the vast majority of abortions in the state. The law protects pre-born babies more than any other pro-life law in America. State Planned Parenthood affiliates and the left-wing American Civil Liberties Union (ACLU) are expected to file a lawsuit against the law’s enforcement.

“There are some very powerful arguments to be made that just as faith and science illuminate each other, as Justice [Sandra Day] O'Connor said, science is on a collision course with current case law,” Putnam explained in his answer, which recalled his experience of listening to the heartbeat of one of his four children during his wife’s pregnancy.

Before the event, Putnam also pledged to pro-lifers that he would “remove activist judges who seek to protect abortions by legislating from the bench.”

After the event, Florida Democratic Party spokesperson Kevin Donohoe declared that Putnam’s answer revealed him to be an “anti-choice extremist hell-bent with taking away women's health freedom.”

DeSantis is also pro-life, and told the crowd that his son’s ultrasound was “a powerful example of science reinforcing something that I believe,” but was not questioned about the heartbeat bill specifically. LifeSiteNews has reached out to the DeSantis campaign for his position but did not hear back by press time.

DeSantis is not listed as a co-sponsor of the federal version of the heartbeat bill, the Heartbeat Protection Act.

Putnam also declared that he was “not going to sign a bill that allows men in my daughters' restrooms.” DeSantis agreed, but added that he didn’t think “getting into bathroom wars” was “a good use of our time.” Florida does not currently have statewide legislation specifically addressing the subject.

Ohio passed a version of the heartbeat bill in 2016, but Republican Gov. John Kasich vetoed it. Rep. Steve King, R-IA, is the main sponsor of the federal heartbeat bill.