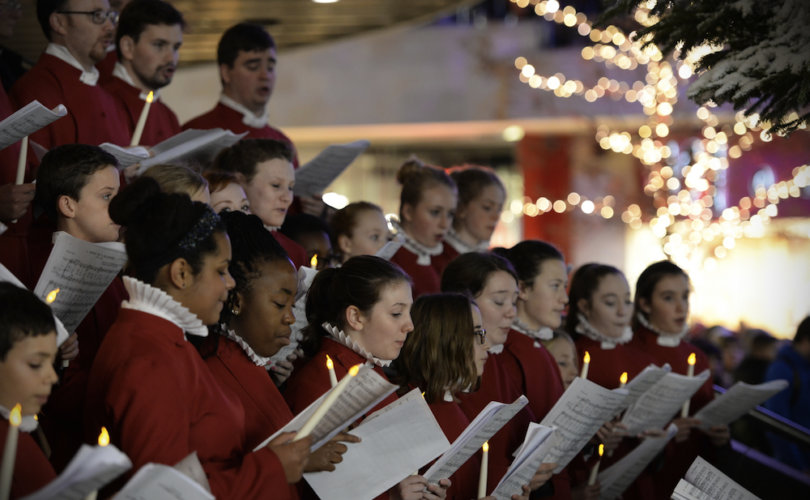 SARASOTA, Florida, October 28, 2016 (LifeSiteNews) — A major shopping mall tried to eliminate Christmas music — unless it's not about Christmas — until so many Christians complained that mall officials rescinded the ban.

The University Town Center Mall ordered holiday choral groups not to sing about the Christmas holiday. Officials issued a decree that “For choral groups, the Mall prefers no clearly recognizable Christian music, such as carols.”

The mall specifically forbid Christmas carols “in English.” Carols in a foreign language would be tolerated, though.

In addition to Christmas carols, any songs remotely referring to Jesus in a positive vein were off limits as well. Mall officials made this clear by its bans for “spirituals” and “gospel” music.

The news broke on the American Family Association's website Wednesday morning. As news spread, the mall received so much backlash from Christians threatening to take their business elsewhere that management rescinded its order against Christian singing that afternoon and issued an apology:

“The materials created and distributed by a third party company relating to the hiring of performance groups for UTC were not reviewed by UTC staff in advance of distribution. These materials do not in any way represent an existing center policy or viewpoint. We apologize for any confusion this may have caused within the Sarasota community.”

A mall spokesman assured the public that Christmas hymns and carols that are “Christian” will now be allowed.

Each year, Sarasota County welcomes nearly 5 million visitors who spend more than $2 billion. In addition, more than 125,000 seasonal residents with an average household income of $150,000 stay in the University Town Center’s trade area from November until March.

The University Town Center Mall is an 880,000-square-foot, two-story shopping center that features Saks Fifth Avenue, Macy's, Victoria’s Secret, Apple, Microsoft, Dillard's and a Tesla car showroom.  The mall is surrounded by affluent, gated golf communities and is located at the area's most heavily traveled interchange.

Stores in the upscale mall aim at consumers earning at least six figures. “We were looking for the customer who is making $100,000 and more,” developer William Taubman explained. “We thought we saw a hole in the market.”

There is even a world-class rowing park being developed next to the mall for the 2017 world championship rowing competition.