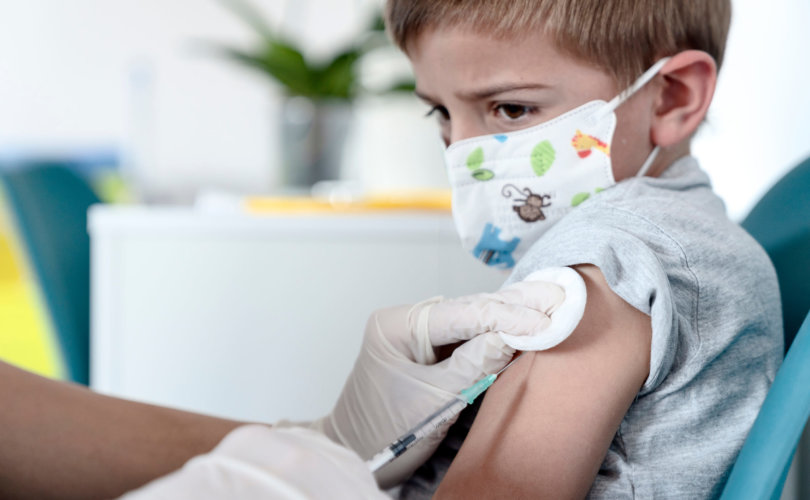 Florida (LifeSiteNews) — A Florida pediatrician was ousted from her position on a children’s health board after she criticized the Sunshine State for its COVID jab policy for kids five and under. Medical freedom advocates have praised Florida for its approach to the mRNA shots for babies and toddlers, which is more cautious than other states’ approaches and based off of a risk-benefit analysis rather than blind obedience to power or political pressure.

Florida’s Chief Financial Officer (CFO) Jimmy Patronis informed Lisa Gwynn, M.D., on June 29 that she had been removed from her position on the board of Florida Healthy Kids Corporation, a public insurance provider for children.

Patronis’s letter, which was obtained by MedPage Today, explained that the decision to axe Gwynn was made after she “went on to make some very political statements that do not reflect the CFO’s point of view,” and she went “so far as to say that the state [was] ‘obstruct[ing] access to vaccines.”

Gwynn is president of the Florida chapter of the American Academy of Pediatrics, which issued a statement on June 17 urging Florida officials to order COVID shots for kids five and under after Florida’s Department of Health (DOH) announced that it would not participate in the rollout of COVID mRNA jabs for that age group.

Although Florida is the only state that has not ordered COVID mRNA shots for this age group, the shots are still widely available in the state.

Gov. Ron DeSantis afterwards confirmed that Florida is “not going to have any programs where we’re trying to jab six-month-old babies with mRNA. That’s just the reality.”

The mRNA jabs for babies and toddlers, which have been linked to a number of severe side effects including myocarditis and death, can still easily be ordered by any pediatrician, however.

Gwynn is quoted in the statement saying, “The state’s decision to obstruct access to COVID-19 vaccines is anti-science, an affront to parental rights, and an intrusion into the relationship between doctors, patients, and the families they serve.”

According to the Tampa Bay Times, Gwynn “denied using the term ‘obstruct.’”

She has framed her removal as prompted by her support of children’s “equitable access” to the mRNA jabs. Gwynn announced on Twitter, “On the same day that we began administering COVID-19 vaccine to infants and children under 5, I was removed from the Florida Healthy Kids Board for advocating for equitable access for the underserved and for pediatricians. Disappointing.”

A spokesperson for DeSantis sought to clarify the reason for Gwynn’s removal in a statement, explaining, “A board member making public, false accusations about state policy runs the risk of jeopardizing the constructive working relationship between Florida Healthy Kids and the board and state agencies they work closely with, including [the Florida department of Health] and the [Agency for Health Care Administration],” WSVN 7 News Miami reported.

DeSantis has noted that despite the state’s refusal to distribute COVID jabs for children five and under, medical practitioners can and have always been able to order the mRNA shots for patients in Florida.

He added that the state government doesn’t have the authority to prohibit the jabs for children. However, he cautioned that those interested in getting the injections for their young children should explore the data used to authorize the shots, which he called “the weakest possible data that you could possibly see.”

Gwynn explained to MedPage Today that she takes issue with the fact that Florida’s local health departments do not carry the mRNA shots for young children, despite the widespread availability of the COVID shot for this age group at pharmacies, community health centers, and children’s hospitals.

She added that families without health coverage often seek out local health departments for “vaccination” of their children, arguing that such children “now cannot access the vaccine. I have a real problem with that,” reported MedPage Today.

In March, Florida’s DeSantis-appointed Surgeon General Joseph Ladapo had announced the Sunshine State would officially advise against giving experimental COVID-19 shots to healthy children, pushing back against advice from the U.S. Centers for Disease Control and Prevention (CDC).

On Thursday DeSantis backed up the DOH’s decision not to stock up on COVID drugs for little children, arguing that  “the risks outweigh the benefits” and that parents who are concerned about their kids contracting the coronavirus “are really frightened … because of media hysteria, it’s because of a lot of misinformation.”