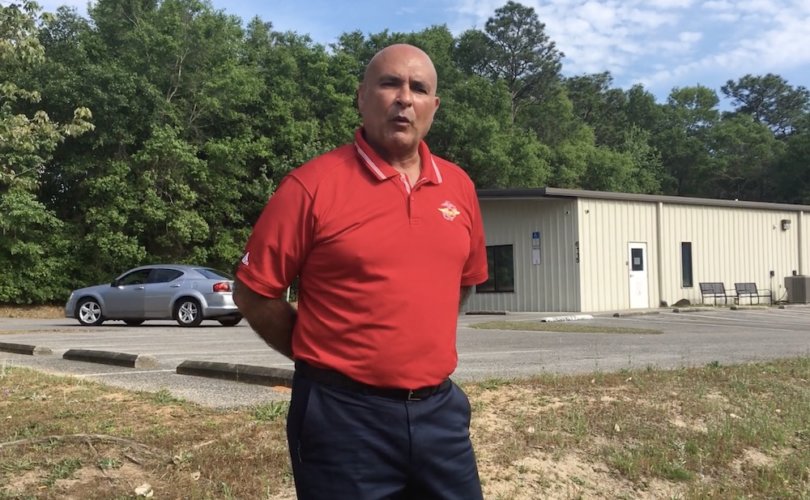 PENSACOLA, Florida, April 8, 2020 (LifeSiteNews) – A Florida pro-life activist is calling on Republican Gov. Ron DeSantis to intervene and shut down a Pensacola abortion facility that stands accused of bringing customers from coronavirus hotspots to the state in violation of a state-imposed quarantine.

Cris Dosev, a Marine veteran and former Republican congressional candidate, has been working to raise awareness of the American Family Planning (AFP) abortion center, which he says is inviting non-Florida residents into its doors – many from Louisiana, despite the Florida government placing a 14-day quarantine on travelers from the Bayou State.

“While we will not be in church on Easter Sunday, they will be busy in that building, destroying innocent lives of the preborn,” Dosev laments in a Facebook video taken outside the facility. “Based on their most recent conduct, why would we expect anything else?”

Dosev criticizes DeSantis for not yet taking action against AFP for defying his order, and U.S. Rep. Mat Gaetz, a Republican, for his silence on the issue. He also calls on Vice President Mike Pence, who leads the White House coronavirus task force, to publicly pressure DeSantis to act.

On March 28, Dosev went so far as to block the entrance to AFP’s parking lot with his truck in hopes of drawing attention to the issue. He ultimately moved it when confronted by police, who allowed customers to continue entering the facility because DeSantis’ order was supposedly “unenforceable as written.”

AFP is one of several abortion facilities across the country owned by the notorious Steven Chase Brigham, who has been dubbed the “worst abortionist in America” for his record of having his medical license revoked in multiple states and multiple prior locations forced to close for health and safety violations.

“This Friday is Good Friday. Christians, solemn, commemorate the crucifixion of Christ at the hands of the governor of Judea, Pontius Pilate,” Dosev noted. “His decisions condemned him in the eyes of the world. Governor DeSantis, we call on you as our governor to make the right decision and close this clinic down now.”

“Vice President Pence, you often quote Chronicles 7:14,” he continued. “‘If my people who are called by my name, humble themselves and pray and seek my face, and turn from their wicked ways, then I will hear from heaven and forgive their sin and heal their land.’ This is the place we begin to heal our land; the time is now.”