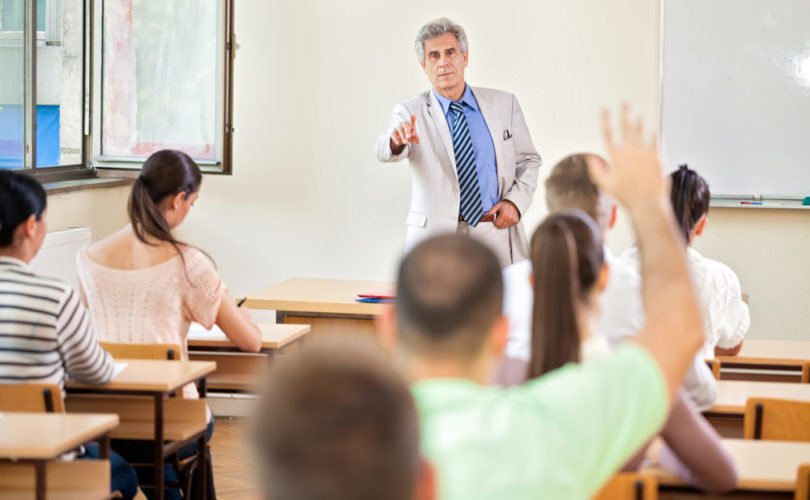 Polk County, FL, May 6, 2015 (LifeSiteNews.com) – A sixteen-year-old, dual-enrolled student, “G.L.,” is the subject of religious intolerance by humanities professor Lance “L.J.” Russum at Polk State College in Lakeland, Florida. Liberty Counsel has asked the dean to investigate the professor and his curriculum.

G.L. and her parents reached out to Liberty Counsel when Russum gave her four (4) straight zeros because she refused to conform to his personal worldviews of Marxism, Atheism, Feminism, and homosexuality. Professor Russum expressed blatant and pervasive anti-Christian bias throughout the class, such as the following essay question: “Why did Christianity, and its male gods, seek to silence these women [the nuns]?”

In other essays where G.L. refused to concede that Christianity was false, violent, or oppressive to women; that Martin Luther’s motivations for the Reformation were wholly secular; and that Michaelangelo’s sculptures and paintings communicated that “same-sex relationship is NOT A SIN,” Mr. Russum gave her a total of four straight zeros.

Russum’s classroom behavior is a reflection of his personal biases. Mr. Russum's Facebook profile pictures include Fidel Castro and Jesus Christ making an obscene gesture. The website “Rate my Professor” shows that G.L. is not the first student to be subjected to the professor’s viewpoint discrimination. His college email signature line includes a quote from a Marxist who praises Lenin, Stalin, the Khmer Rouge, and Adolf Hitler. These, along with the inappropriate course content, show that Professor Russum is seeking to impose his own values on students, in violation of the Constitution.

Liberty Counsel has demanded (1) a full and independent review of Mr. Russum’s behavior and course content; (2) appropriate grading of G.L’s four “zero” assignments by a different professor; (3) a written apology; and (4) assurances that future courses taught by Mr. Russum, if any, will be free from such unlawful discrimination.

“Mr. Russum should not be permitted to use his position to punish students who do not conform to his anti-Christian views,” said Mat Staver, Founder and Chairman of Liberty Counsel. “G.L.’s parents asked Polk State College to review this matter, but it refused, so Liberty Counsel is stepping in to help. According to its website, the college’s core values are service, integrity, knowledge, diversity, and leadership. No student should be subjected to such outrageous bias and outright hostility to their values by a professor. Being a professor is not open season to belittle and punish students merely because they do not subscribe to the professor's radical opinions.”