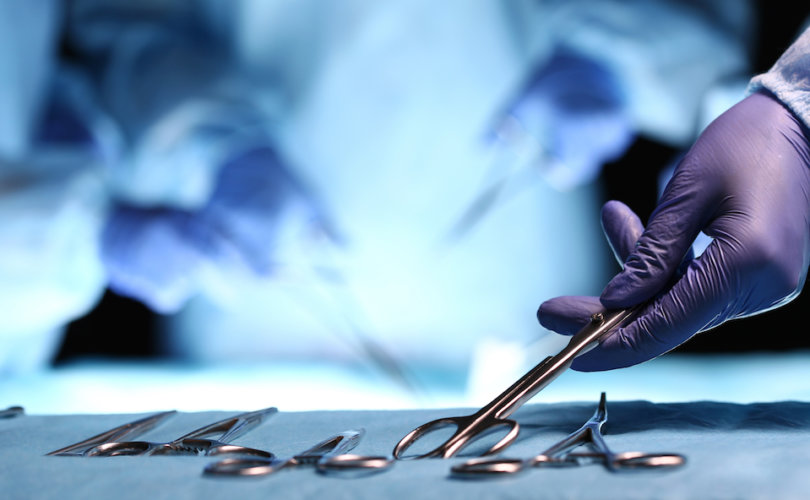 TALLAHASSEE, Florida (LifeSiteNews) – A new Florida bill would crack down on devastating transgender procedures that experts have described as child abuse, but some Republican leaders are trying to block its passage, according to the bill’s sponsor.

Under the bill, a doctor who performs the procedures or causes them to be performed on a minor in an attempt “to change the minor’s sex” or affirm a disordered “gender identity” would commit a first degree misdemeanor. Penalties could include up to one year in jail and fines of $1,000.

The bill wouldn’t apply in cases of a parent’s “good faith medical decision” for a child with a “genetic disorder of sex development,” like abnormal chromosome structure.

Republican lawmakers have proposed similar bills this month in several other states, including Alabama, Arizona, Kentucky, and Oklahoma.

Florida Gov. Ron DeSantis has pledged to support legislation to ban transgender drugs and surgeries for kids, saying would “for sure” sign such a bill if it crossed his desk. In a June 2021 interview, the Republican governor noted that he was “very much opposed to chemical castration of minors.”

“That would be something I would sign for sure,” he vowed.

But other top Florida Republicans are standing in the way of a ban, according to Rep. Sabatini.

In a scathing Twitter thread Tuesday, Sabatini said that the “RINO Establishment” in the Florida House is blocking action on child transgender procedures, in addition to conservative bills on abortion, gun rights, election security, and immigration.

2/6 The determination of which projects get funded—and which do not—is based on whether members keep their mouths shut & abandon their conservative beliefs—or whether they do not.

Cowardly and obedient representatives that do exactly what they are told will get projects funded.

Inaction on transgender drugs and surgeries could cost Florida kids a lifetime of suffering. Leading pediatric experts have warned that the experimental procedures are linked to permanent damage, including sterilization.

“This is one large experiment on American children,” Dr. Quentin Van Meter, president of the American College of Pediatricians (ACPeds), recently told LifeSiteNews. Providing hormone blocking drugs to children with gender dysphoria is a form of child abuse, he added, urging lawmakers to criminalize the practice.

“I think the steps that have been proposed in terms of making this an offense and considering it to be medically unethical should be pressed to the max,” the Johns Hopkins-trained pediatric endocrinologist said. “It should be looked at in terms of licensure of physicians who do this.”

No drugs have ever been approved for gender dysphoria or evaluated in long-term clinical studies with minors who have the condition. Dozens of “gender identity clinics” and health systems have nevertheless begun prescribing puberty blockers to gender-confused children in recent years, halting their natural puberty to affirm their so-called “transgender identities.”

Up to around 100 percent of boys and 90 percent of girls with gender dysphoria accept their biological sex by adulthood, according to the American Psychiatric Association. At the same time, virtually all gender-confused kids given puberty blockers later take cross-sex hormones, which sterilize users and typically lead to mutilating surgeries. Doctors in some states have performed transgender surgeries on children as young as 13 years old.

Puberty blocking drugs, like Supprelin LA and Lupron, have also been linked to sterility and other serious, irreversible side effects, such as osteoporosis and cognitive impairment.

Last year, three Republican states took action against transgender drugs and surgeries for children, including Arkansas, which outlawed the practices for minors under 18, and Tennessee, which banned hormone blockers for prepubescent kids.

Ten states have also restricted gender-confused males from competing in women’s or girls sports. New bills to protect sports fairness have been introduced this year across the country, including in Alaska, Indiana, and Georgia.