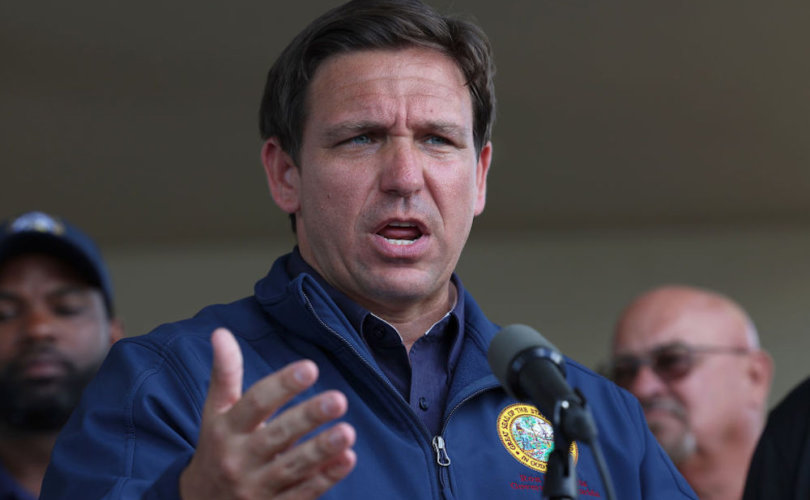 The Florida Department of Health (FDOH) announced the new guidance Friday evening following the results of an analysis that the department conducted to evaluate mRNA jab safety.

“This analysis found that there is an 84% increase in the relative incidence of cardiac-related death among males 18-39 years old within 28 days following mRNA vaccination,” the department said. “With a high level of global immunity to COVID-19, the benefit of vaccination is likely outweighed by this abnormally high risk of cardiac-related death among men in this age group.”

Men over 60 years old also have a 10% higher risk of cardiac-related death after the shots, according to the FDOH analysis.

Due to the department’s findings, Surgeon General Ladapo recommended that men between ages 18 to 39 avoid getting an mRNA jab and stressed “particular caution” for those with preexisting heart conditions.

“Studying the safety and efficacy of any medications, including vaccines, is an important component of public health,” Ladapo, an appointee of Gov. Ron DeSantis, said in a statement. “Far less attention has been paid to safety and the concerns of many individuals have been dismissed – these are important findings that should be communicated to Floridians.”

Florida “will not be silent on the truth” of jab-related death risks, Ladapo declared in a subsequent tweet.

Today, we released an analysis on COVID-19 mRNA vaccines the public needs to be aware of. This analysis showed an increased risk of cardiac-related death among men 18-39. FL will not be silent on the truth.

Ladapo’s recommendation is the first of its kind among U.S. states and comes amid mounting evidence that COVID-19 jabs are causing widespread, deadly cardiac complications, especially in younger men.

A British study published in December found that the risk of myocarditis, or heart inflammation, in males under 40 is several times higher than average after receiving a Pfizer or Moderna COVID shot and that post-jab myocarditis may be more lethal that other forms of the condition. Another study released earlier this year by researchers with the U.S. Centers for Disease Control and Prevention (CDC) reported that myocarditis rates skyrocketed in males ages 12 to 24 years old following mRNA injections.

Florida’s stance on the COVID-19 shots makes a stark contrast with that of the Biden administration, which has downplayed jab risks and aggressively promoted the injections for children as young as six months old, though younger age groups have virtually non-existent risks of death from coronavirus itself.

Under Gov. DeSantis’ leadership, Florida has been the only state to refuse participation in the jab rollout for children between six months and five years old and in March formally advised against giving the shots to healthy children under 18.