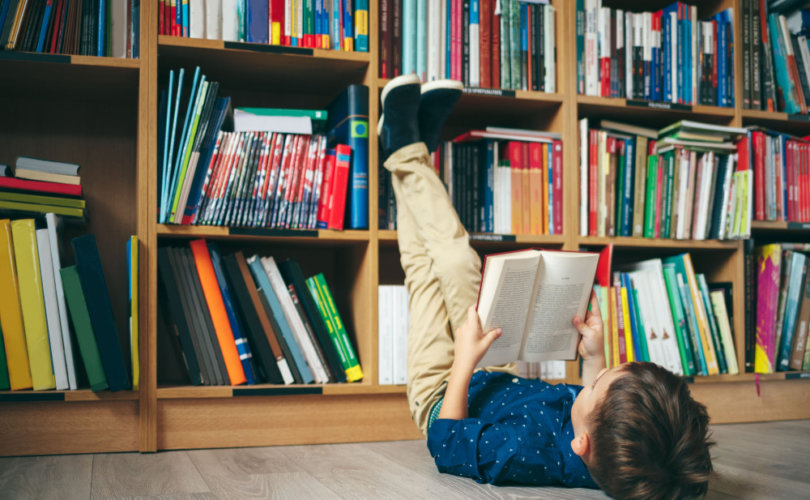 Do class instructional materials propose that racism is currently embedded in American society and its legal systems in order to uphold the supremacy of white persons? Do they “explicitly instruct” on sexual orientation or gender identity? Could the book make students feel guilt, anguish, or other forms of psychological distress because of actions committed by other people in the past?

According to the Palm Beach Post, these questions, among others, were included as criteria by which to help decide what should be tossed and what should be kept, as specified in a questionnaire sent to Palm Beach County teachers on May 26 by the school district. If teachers answered “yes” or “unsure” to any of the questions, they were required to send the book in question to a library media specialist for review.

The questions use the wording of two new laws championed by Florida Gov. Ron DeSantis aimed at helping protect the integrity of children’s education: the Parental Rights in Education law, (dubbed the “Don’t Say Gay” law by its critics), which prohibits discussion about sexual orientation or gender identity in grades K-3 and restricts it to “age appropriate” content for older children; and HB 7, which aims to help ensure “freedom from indoctrination.” It prohibits the teaching of Critical Race Theory tenets, such as that “an individual, by virtue of his or her race, color, sex, or national origin, is inherently racist, sexist, or oppressive, whether consciously or unconsciously.”

Among the instructional materials being scrapped in the Palm Beach County School District is an infographic called “The Genderbread Person,” which has become somewhat infamous for embodying gender ideology, and its youth target audience. The graphic uses a gingerbread man-like figure to try to convey the “differences between anatomical sex, gender expression, gender identity, sexual attraction and romantic attraction.”

Palm Beach County Schools ​​Superintendent Mike Burke told the Palm Beach Post the graphic was “problematic” “because it gave the impression that we were targeting a younger audience,” adding, “I think that’s a dated exhibit as well. I’m not sure it was the most valuable piece of our curriculum.”

The school district is also removing the books “Call Me Max” and “I Am Jazz,” which “feature transgender children and their personal journeys,” and “are largely aimed at elementary-grade students.”

“They’re in violation of the law,” Burke told the Palm Beach Post. “It’s pretty clear they’re not going to be coming back.”

While the Parental Rights in Education law bans explicit teaching on LGBTQ matters, the Palm Beach Post noted that there remains uncertainty as to whether optional reading in schools can qualify as “instruction” under the law.

In addition, what constitutes “age-appropriate” discussion for grades four and up on gender identity and sexual orientation will only be determined after the Education Department issues guidelines on the matter, the Palm Beach Post noted.

In order to conform with the new laws, textbook publishers are already “aligning their instructional materials to state standards and removing woke content,” according to the Florida Department of Education.

The department had previously announced the rejection of 41% of math textbooks that had been submitted for review for containing ideologically-charged “indoctrinating concepts” such as Critical Race Theory (CRT), Social Emotional Learning (SEL), and Common Core. Examples include graphs falsely claiming conservatives have higher “levels of racial prejudice” than liberals, and material stating an objective to have students “build proficiency with social awareness,” a common euphemism for affinity with left-wing social causes.

The Parental Rights in Education law in particular has met with heated backlash from some leftists. Emmy Kenny, a member of the Diversity and Equity Committee for Palm Beach Schools, suggested that it is worth defying the law, according to the Palm Beach Post.

“My recommendation to staff and the school board and anyone that you talk to about this … is to consider the lives of our students over the financial impact of being sued,” Kenny said.