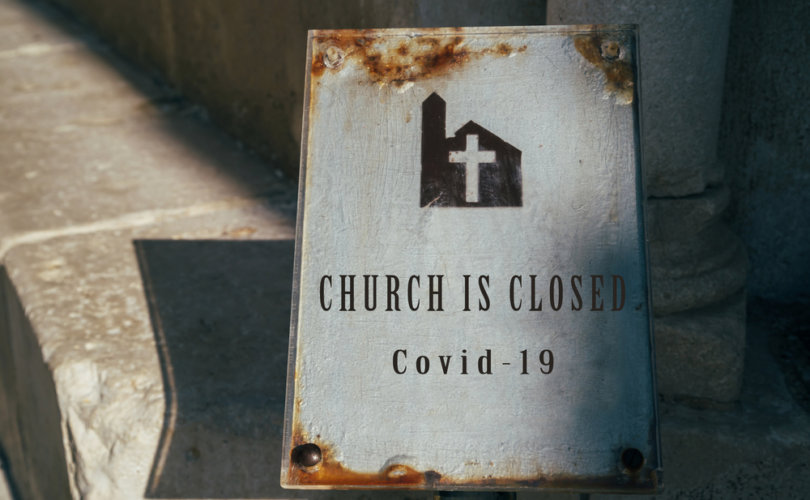 TALLAHASSEE, Florida (LifeSiteNews) — Florida lawmakers have passed a bill that would prohibit future “emergency orders” like those enacted during the COVID-19 response from closing down religious institutions if any businesses are allowed to stay open.

Florida’s Republican-led Senate approved the measure (SB 254) in a 31-3 vote Thursday. A companion bill filed in the House, HB 215, was advanced Wednesday and awaits a floor vote.

Under the new measure, houses of worship would be considered “essential services” and no emergency order may “directly or indirectly” cancel public religious services so long as any businesses remain open.

The move comes after religious groups along with conservative politicians and commentators raised the alarm over the past two years when churches and synagogues were told to close their doors while other businesses, sometimes including liquor stores and marijuana dispensaries, were allowed to remain open.

Our bill to keep churches open during a public emergency has passed off the Senate floor! No government should have the authority to prevent any American from exercising their freedom of religion.https://t.co/cjWLxr5RYS

“It is born out of the pandemic, but not,” said the bill’s sponsor, Republican Sen. Jason Brodeur, noting that the legislation is not merely a knee-jerk reaction to COVID-19 and the restrictions imposed ostensibly to slow its spread.

“It applies to all emergency orders that would come in. It would basically say if Publix is open, so is your place of worship,” Brodeur said. “What it doesn’t seek to do is what we’ve seen in some of the other states, where churches, synagogues and mosques were singled out for congregated activities.”

If passed by the House and signed into law, SB 254 would make permanent a declaration made by Florida’s Republican Gov. Ron DeSantis in April 2020, when he issued an executive order specifically describing churches as essential services and exempting them from stay-at-home orders during the early days of the pandemic.

Florida Politics noted that Florida was among a dozen states to do so in 2020, while states like “California, New York and even Texas took a different path, shuttering religious institutions along with other businesses.”

Some churches and religious groups in states which had deemed them non-essential have argued that their rights were violated when public religious services were shut down while big box stores and other indoor spaces were permitted to remain open.

In California, the Thomas More Society won two settlements against the state after plaintiffs argued that congregants’ religious freedom was violated when statewide orders called for a shutdown of indoor church services.

In February 2021, the U.S. Supreme Court ruled against California in a 5-4 vote upholding religious liberty.

Meanwhile, though Florida chose to declare religious services essential early in the pandemic and to lift all statewide restrictions months ahead of many other states, it has not stopped there.

The Sunshine State’s GOP-led legislature has continued to enact legal bulwarks, including its new measure to protect churches from being shut down, in a bid to prevent the kind of intrusions on liberty enacted under the auspices of emergency mandates over the past two years.

In May, the governor signed SB 2006 declaring that no entity in Florida may demand proof of COVID-19 vaccination as a condition for entry to businesses and other venues.

In November, DeSantis called a special legislative session in which lawmakers crafted additional legislation against mask and vaccine mandates.

According to a press release put out by the governor’s office, the bills drawn up during the special session included those which banned mask mandates in schools and prohibited blanket employer COVID-19 jab mandates by requiring employers to provide a broad swath of exemption options including religious and health concerns as well as natural immunity.

“We provide protections for people: no nurse, no firefighter, no police officer, no trucker, no anybody should lose their job because of these COVID jabs,” said DeSantis. “We are respecting people’s individual freedom in this state.”