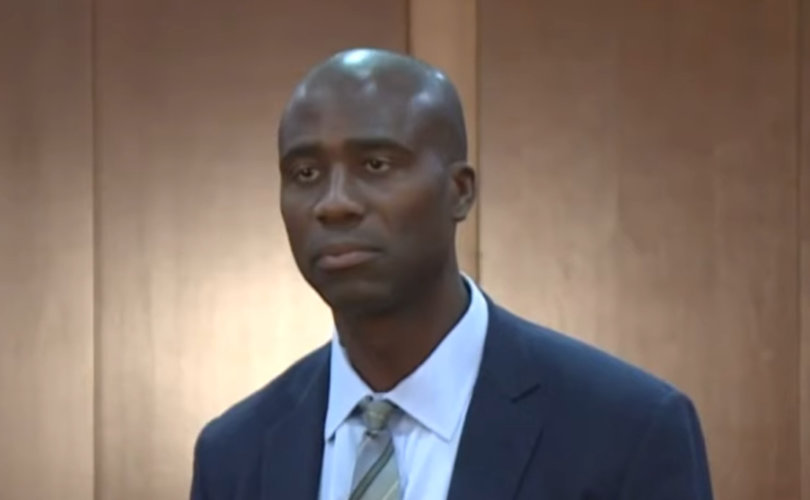 Lapado announced Friday that the state formally recommends against young men obtaining the shots based on the increasing evidence of cardiac-related side effects, as previously reported by LifeSiteNews. The Florida Department of Health released the guidance after conducting an analysis on the safety of mRNA vaccines.

Lapado posted on Twitter informing the public of the risk and attaching the analysis. On Saturday, the post had been blocked.

It was gone this morning but now it’s live again.https://t.co/OoVsswiYOH

Lapado then embraced the opportunity to address some of the mounting backlash that came in response to the new guidance.

“I love the discussion that we’ve stimulated,” he wrote in a Twitter post. “Isn’t it great when we discuss science transparently instead of trying to cancel one another? I’m going to respond to the more substantive critiques.”

I love the discussion that we’ve stimulated.

Isn’t it great when we discuss science transparently instead of trying to cancel one another?

I’m going to respond to the more substantive critiques.🧵

First, Lapado addressed the criticism that “diagnosis codes for cardiac-related deaths are imperfect.” The doctor agreed but added that “only in young men was the risk extremely high, and it was also increased in older men.”

Another view questions the reliability of the results because the data collected “was only available on death certificates.” But Lapado refutes this, saying the data included “test results, vaccine records, [and] death records.”

The final criticism addressed was that “the sample size is too small.” According to Lapado, “thousands of deaths” occurred in older men and that 77 young men had died from heart-related effects of the vaccine rather than 20, which was the number presented online.

Lapado urged critics to “read the references about the method! Self-controlled case series tell us whether events (death) are occurring unusually close to an exposure (mRNA Covid vaccine), or whether their timing is due to chance.”

“Even if the sample size was half of what it is,” he added. “If events cluster after an exposure, that is valuable information about causation.”

Lapado concluded with the rhetorical question, “Is it really that hard to imagine that mRNA COVID-19 vaccines that increase myocarditis in young men by 10x, 20x, or 30x … also increase the risk of cardiac death in that age group?”

Recently, there has been a significant increase in research to prove the risk of heart-related issues after COVID-19 shots. In August, the Centers for Disease Control and Prevention (CDC) admitted to releasing false statements about potential negative impacts of the vaccines, specifically regarding heart inflammation.

Autopsy data has also suggested a link between COVID mRNA shots and heart inflammation, contrary to the narrative that the virus itself was directly connected to cardiac issues.