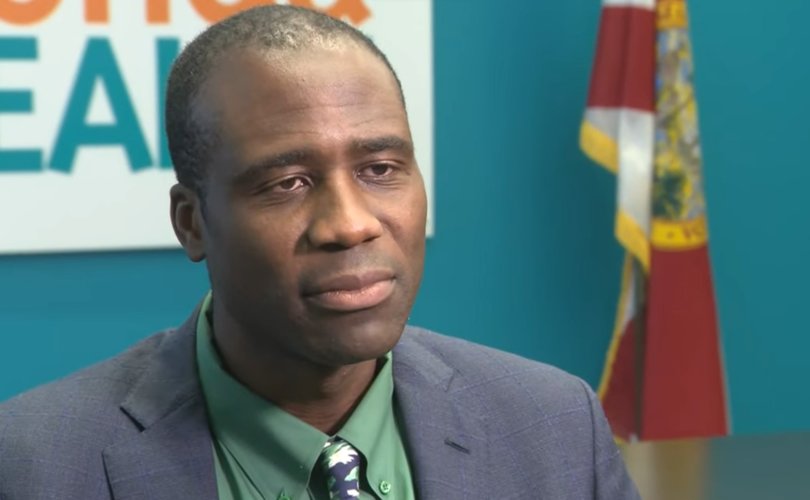 Ladapo highlighted a study published November 27 by Clinical Research in Cardiology and one published December 5 in the Journal of Medical Ethics.

Thanks, @TracyBethHoeg, for highlighting these results that are consistent with Florida’s analysis. Autopsies found that 5/35 people who died suddenly within 20 days of COVID-19 vaccination had myocarditis as a likely/possible cause of death. https://t.co/k9OsU7FcDh

These deaths aren’t captured by other studies because these patients never made it to the hospital…mRNA COVID-19 vaccines are far less safe than any vaccines widely used.

When does sanity return to science? Why do scientists breathlessly defend this technology? 🤔

The first, by German researchers with Heidelberg University Hospital’s Institute of Pathology, “identified five cases of lymphocytic (epi-)myocarditis in persons, who were unexpectedly found dead at home within the first week following mRNA-mediated anti-SARS-CoV-2 immunization.” While it “cannot provide a definitive functional proof or a direct causal link,” the authors concluded more study was warranted because “myocarditis can be a potentially lethal complication following mRNA-based anti-SARS-CoV-2 vaccination.”

The second, by a team of American, British, and Canadian researchers, found that COVID booster mandates for university students – a relatively healthy group at relatively low risk from the virus – do far more harm than good: “per COVID-19 hospitalisation prevented, we anticipate at least 18.5 serious adverse events from mRNA vaccines, including 1.5–4.6 booster-associated myopericarditis cases in males (typically requiring hospitalisation).”

“These deaths aren’t captured by other studies because these patients never made it to the hospital…mRNA COVID-19 vaccines are far less safe than any vaccines widely used,” Ladapo commented. “When does sanity return to science? Why do scientists breathlessly defend this technology?”

The studies echo an analysis released by Ladapo’s office in October finding “an 84% increase in the relative incidence of cardiac-related death among males 18-39 years old within 28 days following mRNA vaccination,” as well as an overall body of evidence indicating the potential harms of the shots, which were developed and tested in a fraction of the time vaccines usually take under former President Donald Trump’s Operation Warp Speed initiative.

The federal government’s Vaccine Adverse Event Reporting System (VAERS) reports 32,621 deaths, 185,412 hospitalizations, and 35,718 myocarditis and pericarditis cases as of December 2. An April study out of Israel indicates that COVID infection alone cannot account for such myocarditis cases, despite claims to the contrary. Reports submitted to VAERS about possible side effects are unconfirmed, as anyone can submit a report, but researchers with the U.S. Centers for Disease Control & Prevention (CDC) recognize a “high verification rate of reports of myocarditis to VAERS after mRNA-based COVID-19 vaccination,” leading to the conclusion that “under-reporting is more likely” than over-reporting.

Last week, U.S. Sen. Ron Johnson (R-WI) hosted a roundtable discussion during which civil rights attorney Aaron Siri detailed data from the CDC’s V-Safe reporting system revealing that 800,000 of the system’s 10 million participants, or approximately 7.7 percent, reported needing medical care after COVID injection. “25 percent of those people needed emergency care or were hospitalized, and another 48 percent sought urgent care,” Siri added. “Also, another 25 percent on top of the 7.7 percent reported being unable to work or go to school.”

Florida Republican Gov. Ron DeSantis said last week that the Sunshine State will “work to hold these manufacturers accountable” for such harms, and that specific actions to do so will likely be announced in the coming weeks:

"They said there were no side effects and we know that there have been a lot."

The DeSantis administration’s latest actions shore up what may have been the popular conservative governor’s largest weakness from a conservative perspective, his early support of the shots and his extending of a liability shield that some feared in February could preclude such accountability.

Further, as Republicans consider who to nominate for president in 2024, challenging the jabs provides another stark contrast between DeSantis and Trump, who promoted and claimed credit for them long after leaving office, and complained as recently as July that their unpopularity on the Right means he is “not allowed” to mention the word vaccine “in front of my people.”