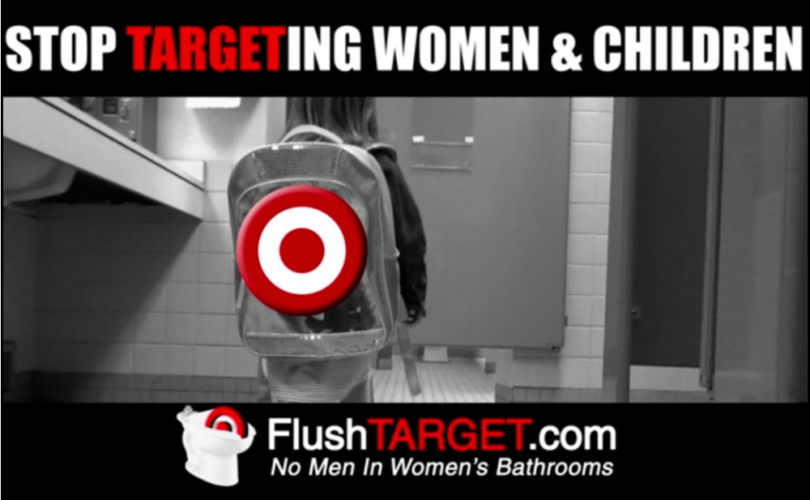 The video ad is part of LifeSiteNews’ “Flush Target” campaign, which consists of a billboard truck that is visiting every Target store in the company’s home state of Minnesota.

The video shows a little girl being shocked by a grown man in the women’s restroom and urges customers to “Flush Target” until the company reverses its policy.

LifeSiteNews announced last week that it purchased TV ad space so that the video will reach hundreds of thousands of people in Minnesota and western Wisconsin.

There have been numerous instances of male predators abusing transgender policies.  In Canada, a man was jailed after sexually assaulting women in women’s shelters, which he had accessed by claiming to be transgender.  Shortly after Target announced its new bathroom policy, a man recorded a girl changing clothes at a Texas Target.  In May, a man was arrested for choking an eight-year-old girl in a Chicago public restroom.