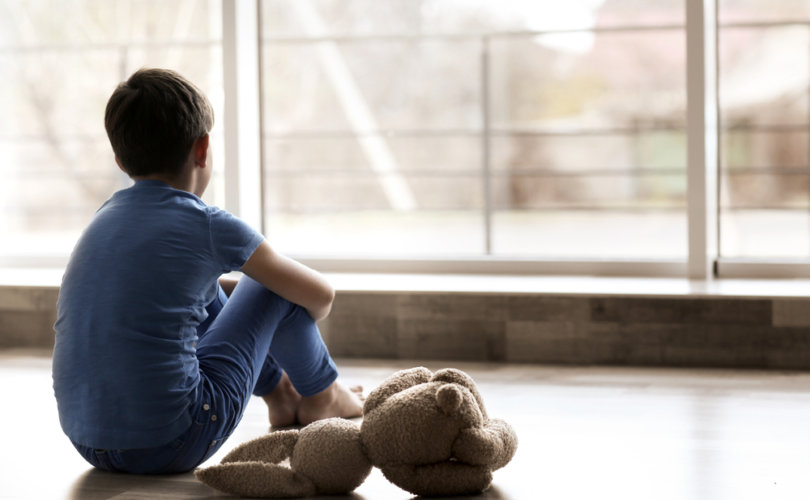 (LifeSiteNews) – An independent investigation into allegations of sexual abuse by a member of the Italian Catholic Focolare Movement revealed decades of unbridled abuse and manipulation of minors coupled with “catastrophic” systematic failures within the ranks of the community.

Jean-Michel Merlin – a former consecrated member of the Focolare Movement based in France – sexually, emotionally, and spiritually abused at least 26 young boys from age 10 over a period of more than 30 years, according to an independent inquiry into Merlin’s conduct.

The inquest was led by British consultancy firm GCPS, a specialist group for investigating and preventing sexual abuse and which was responsible for the report revealing sexual abuse by the late Jean Vanier, founder of L’Arche, an international network of communities for intellectually disabled individuals.

Focolare management hired GCPS to conduct an investigation into allegations of abuse against Merlin in December 2020, with the results published by the community in March 2022.

According to GCPS, the task of the independent inquiry “was to listen to the victims and to gather further testimonies, as well as investigating whether there were any omissions, cover ups or silences on the part of those responsible for the movement.”

The inquiry did not investigate “in detail” the reported cases of abuse by the 26 alleged victims who came forward with their stories, investigators wrote.

The investigation also references many abuses not committed by Merlin but which allegedly went unaddressed within the community, including testimonies of girls and vulnerable young women who said they were raped by members of the Focolare while under their care. The inquest stated that the community was aware of some cases of abuse but “chose not to see anything.”

Still more women told investigators that the movement’s financial structure, which requires members to share their income with the community, forced them to become completely dependent on the organization for financial stability while being subjected to “controls of their private correspondence, their writings, their relationships.”

The investigation states that some women, after giving large parts of their lives and resources to the Focolare, were asked to leave, “sometimes in an abusive way,” leaving them homeless “with no financial resources.”

The full report can be found here.

The report, which refers to Merlin under the initials JMM, revealed that alongside the many allegations against Merlin, the Focolare Movement itself stands accused of facilitating Merlin’s abuse by failing to intervene with appropriate sanctions or by alerting the relevant authorities to the reports of his criminal behavior, even assisting the alleged abuser to pay a fine in 1998 after he was indicted for damages against a minor in the 1980s.

The report states that accusations against Merlin date from as far back as 1963, at which point he had only joined the then-fledgling movement, officially known as the Work of Mary, around two years before. It was not until 13 years later, in 1976, when Merlin became a fully consecrated member of Focolare, taking vows of poverty and chastity.

During approximately three decades after joining the lay-led movement, Merlin was able to abuse at least 26 young men and boys, with 11 cases remaining unconfirmed, the report states.

Common themes among the testimonies gathered by GCPS demonstrated a consistent modus operandi employed by Merlin; to wit, a system of grooming and confidence building that was then able to be grossly manipulated, especially given the imbalance of power between Merlin, a respected and influential member of Focolare, and the young boys and men whom he was approaching.

All of the testimonies included in the inquiry were given by males, the majority of whom were minors at the time Merlin allegedly took advantage of them.

According to the report, Merlin would orchestrate circumstances under which he would be able to share a bedroom with the boys, having them stay overnight with him either during retreat events, such as hiking trips, or even while visiting families.

Merlin was noted to be “lurking” at youth gatherings often, which some victims alleged was one way in which he identified targets for abuse, the investigators wrote.

The report added that Merlin’s alleged abuse of the young boys included the manipulation and “grooming” of their parents, insofar as he was regarded among them as having “superior morals given his status as a consecrated lay person who had committed his entire life to the Movement, to poverty, chastity and celibacy.”

Thinking him an intellectually gifted man, committed to the Christian tenets of the Movement and noted as a close personal friend of Chiara Lubich, the respected foundress of the Focolare Movement, Merlin “seduced” the children’s parents, the report reads.

The testimonies revealed that at least one of Merlin’s victims was only 10 years old when he was approached in a sexually inappropriate manner by the consecrated member, although without being physically assaulted in that particular case, the report states.

Some of the men said that Merlin attempted to rape them, but that their resistance often dissuaded him quickly and that they were able to escape before being violated further while others alleged that Merlin had abused them on more than one occasion over a number of years.

The lasting effects were documented by the investigators, with one victim explaining that his encounter with Merlin left him with an inability “to negotiate with authority figures,” which has led to difficulty maintaining employment.

Another alleged victim noted that after reporting Merlin to the movement’s management at its International Centre, the staff was so “bewildered” by his allegations that he believed the abuse must have been his own fault.

Merlin was repeatedly accused of asking the boys why they wore underwear to bed and of then encouraging them to sleep naked, sometimes undressing himself while there too.

According to the report, a number of alleged victims “described how the abuse therefore contributed to situations of weakness or vulnerability leading to other abuse.”

“After 50 years, I still think about it,” one victim lamented.

The report concluded, after collating the statements of his alleged victims, that Merlin demonstrated a “clear grooming process.”

The inquest laid a share of the blame for the decades-long abuse of minors at the feet of the Focolare Movement as an institution, accusing the group of being “more concerned with protecting perpetrators, and thereby its own reputation, rather than supporting the victims.”

“In this way, JMM benefited for years from the system protecting him; at the same time, the Focolare Movement systematically failed the victims,” the reports states.

Focolare was blamed for a “systemic violation of rights” by the numerous alleged victims, including those who lodged complaints against other consecrated members besides Merlin, accusing the movement of lacking “rules and regulations able to guarantee justice” alongside “clear structures and procedures” for dealing with abuses when they arose.

“[A] chain of people in charge over many years, both in France and in Rome failed to act on the situation of JMM in a way that would have protected victims and prevented other incidents of abuse or attempted abuse,” the investigators wrote.

The report suggests that the accounts of the victims are credible and corroborate a pattern of abuse by Merlin spanning some three decades, including admissions on the part of Merlin from a civil lawsuit condemnation in France in the 1990s.

The trial revealed allegations that Merlin had attempted to have at least four boys perform oral sex on him during the summers of 1981 and 1982, but the tribunal found that the acts, denied by Merlin, were under a three-year statute of limitations at that time and that the case for rape and attempted rape could not be proved and was thus dismissed by the court.

Despite the dismissal of the case, Merlin had admitted being sexually attracted to minor boys but did not face any repercussions from the Focolare hierarchy, maintaining his position within the community; however, the full extent of detail known by his superiors within the community about the trial is not known.

Merlin contends that, despite his admission to some abuses, the abusive encounters were consensual and therefore not violent, leaning on his 1994 criminal trial dismissal.

Later, in 1996, Merlin was ordered by a civil court to pay reparations to the plaintiff amounting to 50,000 French Francs, which the report suggests was “ a very significant amount at the time of the sentence.”

Given his vow of poverty, Merlin admitted that the fine was paid by the Focolare in Rome “as a loan … against a future inheritance,” meaning that the central management of the movement was aware of the case and of Merlin’s indictment.

The report accuses those in charge of the movement of failing to rein in Merlin and, ultimately, of failing to prioritize the alleged victims, leading to subsequent abuses.

“The Movement chose to conceal, minimise, and deny the facts, and was then unable or unwilling to prevent these situations arising again or to simply identify them and deal with them with determination and justice,” the reports states.

A couple of years later, in 2002, the Focolare Movement was made aware of a complaint in the Archdiocese of Paris, with the movement’s founder ordering a follow-up investigation.

However, the report notes that no further actions appear to have been taken against Merlin at that time and he remained active with a public profile for many years after.

In 2016, Merlin was relieved of consecrated commitments and required to leave the Focolare per an instruction from the Vatican’s Pontifical Council for the Laity, but French Focolare authorities kept the circumstances of Merlin’s disgraced departure under wraps.

After increasing pressure to address reports of abuse within its ranks, in 2020 the movement’s hierarchy, including a representative of the Focolare’s commission for the protection of minors, decided to initiate the inquiry into Merlin’s conduct and to probe for further abuses while pledging to make financial reparations to victims of sexual, emotional, and spiritual abuse.

Upon publishing the GCPS report, Focolare international president Margaret Karram released a statement to the community expressing her “great pain, shame and remorse” at the allegations at the same time as asking victims for “forgiveness for the suffering you have experienced.”

“There are no words that can adequately express the shock and pain I feel at the harm that has been done to the children and young people abused by JMM, and not only by him, as is clear from the results of the inquiry. We have failed in vigilance, in listening and in welcoming the call for help from many people. This cannot happen again,” Karram said.

Focolare has said it refers alleged victims of abuses among its French contingent to a special commission set up by the Conference of Religious of France for psychological assistance as well as seeking reparations for damages.