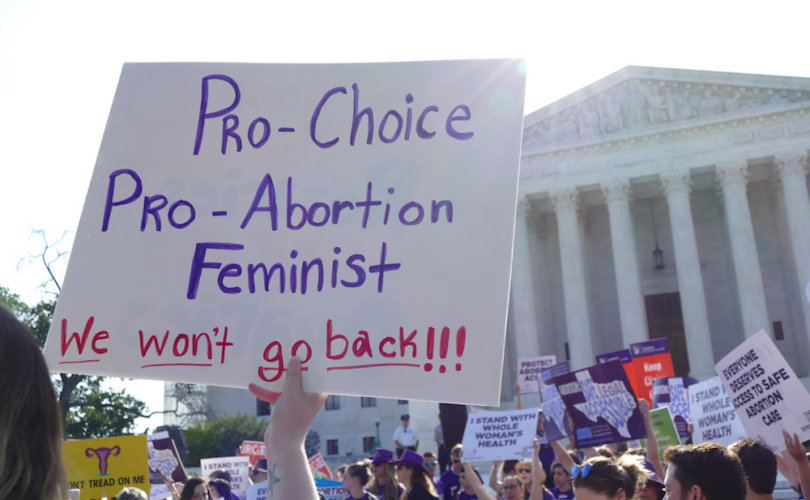 CLEVELAND, July 13, 2016 (LifeSiteNews) – For the first time, the Republican Party has proposed a platform calling for Planned Parenthood and other abortion providers to lose federal funding.

The 112-member platform committee, which includes Family Research Council President Tony Perkins, approved a draft of the party's official positions on issues ranging from the economy and abortion to national defense and border security.

The pro-life plank reiterates the party's call for a constitutional amendment to protect unborn life from the moment of conception, which has been in every Republican Party platform since 1980.

However, it also states that national leaders should refuse to furnish “public funds” to organizations that “perform or advocate” abortion.

The Constitution's guarantee that no one can be deprived of life, liberty, or property deliberately echoes the Declaration of Independence's proclamation that “all” are “endowed by their Creator” with the right to life. Accordingly, we assert the sanctity of human life and affirm that the unborn child has a fundamental right to life which cannot be infringed.

We support a human life amendment to the Constitution and legislation to make clear that the Fourteenth Amendment's protections apply to children before birth. We oppose the use of public funds to perform or promote abortion or to fund organizations, like Planned Parenthood, that perform or advocate it and will not fund or subsidize health care which includes abortion coverage.

If adopted by rank-and-file delegates at next week's Republican National Convention, the Republican Party's platform in 2016 may be the most pro-life in the party's history.

By contrast, the draft 2016 Democratic Party platform demands greater taxpayer funding for abortion-on-demand at home and abroad, including repealing the Hyde and Helms amendments, and “champions Planned Parenthood,” in the words of a press release from the Democratic Party.

National pro-life advocates, who have staged prayer rallies outside the Cleveland convention center as the GOP platform committee met this week, say this upholds the party's historic commitment to life and the innocent in general.

“We are celebrating today on the streets of Cleveland. We got everything we have asked for in the party platform,” said Operation Rescue President Troy Newman, who is on the ground in Ohio with other pro-life advocates. “This shows that the pro-life movement is strong, influential, and here to stay until abortion is banned permanently.”

They say having a strong pro-life plank is necessary to leverage Republicans, including presidential nominee Donald Trump, who are wary to speak up on the issue.

“We have not heard from the presumptive nominee whether he’s going to defund Planned Parenthood officially,” Mark Harrington, executive director of Created Equal and an Ohio native, told The Washington Times. “He’s spoken about Planned Parenthood doing some good things, so he’s been a little all over the map on it, so we’ve got to keep the pressure on them.”

Planned Parenthood performed 323,999 abortions and received $5537 million from taxpayers in 2014, according to its annual report.

A Marist poll released in January found that 70 percent of Americans, including 51 percent of those who call themselves “pro-choice,” oppose taxpayer funding of abortion.

Hillary Clinton: Abortion must be a ‘core priority’ for work in developing countries