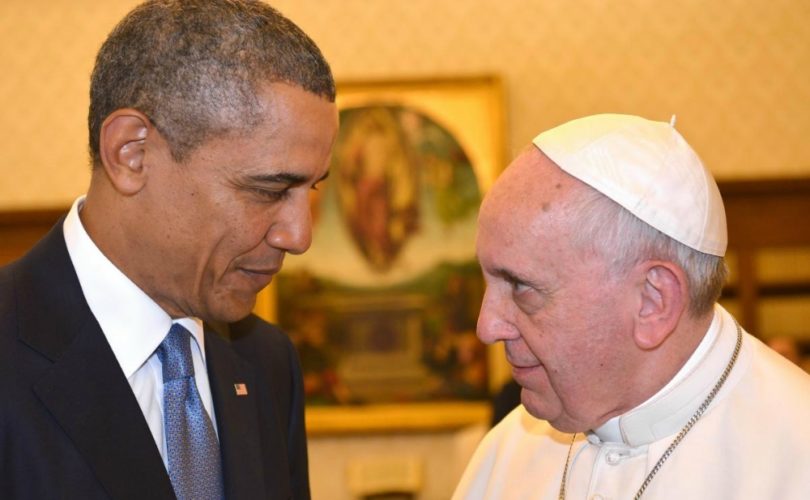 WASHINGTON, DC, September 14, 2015 (LifeSiteNews) — A pro-abortion nun, the first openly gay Episcopal bishop, and at least two openly gay Catholic activists will be among the thousands greeting Pope Francis at the White House next week, thanks to decisions by the Obama administration.

LifeSiteNews has confirmed that Mateo Williamson, a biological woman who identifies as a man, and former co-chairman of the Transgender Caucus for Dignity USA, received an invitation to the White House when Pope Francis visits next week. Williamson declined to speak with LifeSiteNews about the invitation, instead recommending invitation organizer Vivian Taylor to LifeSiteNews.

Taylor is the executive director of the national LGBT advocacy arm of the Episcopal church, and a biological male.

CruxNow reports that retired Episcopal bishop Gene Robinson, currently a senior fellow at the Center for American Progress, will also attend. Robinson “divorced” his gay partner last year, and previously separated from his wife of 14 years. He has attended a number of religious events with the Obama administration, providing a prayer at President Obama's inauguration in 2009 and taking part in the 2014 National Prayer Breakfast.

Dissident Catholic nun Sister Simone Campbell, executive director of the social justice group NETWORK and pro-abortion leader of “Nuns on the Bus,” will also attend. Campbell is widely credited with undermining the abortion concerns of the U.S. bishops when the Affordable Care Act was being debated five-and-a-half years ago.

An investigation of Campbell's organization that was started by Pope Benedict XVI ended earlier this year, with few repercussions for the organization.

Perhaps most famously, gay Catholic blogger Aaron Ledesma — who claims that Pope Francis drew him back to the Church earlier this year — will be in the large crowd on White House grounds. Ledesma, 23, writes a blog called “The Gay Catholic.”