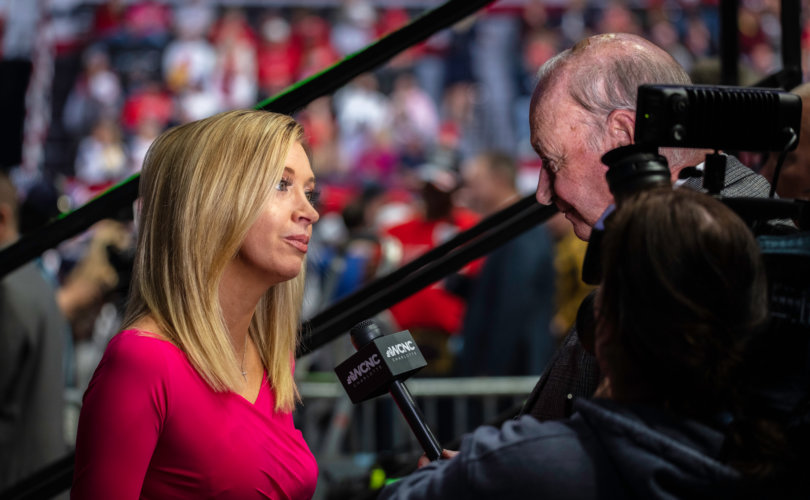 January 11, 2021 (LifeSiteNews) – As the Big Tech censorship of President Donald Trump spreads, the editor of Forbes magazine warned companies not to hire press secretaries who worked for the president.

Randall Lane, Forbes' chief content officer and editor, posted an article Thursday headlined “A Truth Reckoning: Why we’re holding those who lied for Trump accountable.” Referring to the protest march at the U.S. Capitol, Lane declared that it was based upon “lies.”

“Yesterday’s insurrection was rooted in lies,” he claimed. “That a fair election was stolen. That a significant defeat was actually a landslide victory. That the world’s oldest democracy, ingeniously insulated via autonomous state voting regimens, is a rigged system. Such lies-upon-lies, repeated frequently and fervently, provided the kindling, the spark, the gasoline.”

He proceeded to attack Trump, saying he had “devolved from commander-in-chief to liar-in-chief.”

McEnany “makes smiling falsehood an art form,” Lane wrote, citing a “need to return to a standard of truth” that would only occur by creating “repercussions for those who don’t follow the civic norms,” i.e. Trump’s press secretaries.

He issued his threat to any businesses who looked to hire any of the president’s press secretaries: “Let it be known to the business world: Hire any of Trump’s fellow fabulists above, and Forbes will assume that everything your company or firm talks about is a lie. We’re going to scrutinize, double-check, investigate with the same skepticism we’d approach a Trump tweet. Want to ensure the world’s biggest business media brand approaches you as a potential funnel of disinformation? Then hire away.”

He claimed that his threat and personal attacks were not “politically motivated,” since Forbes is allegedly “in the right-of-center.”

Lane’s justification was rather that “in a thriving democracy, everyone is entitled to their own opinions, but not their own facts.”