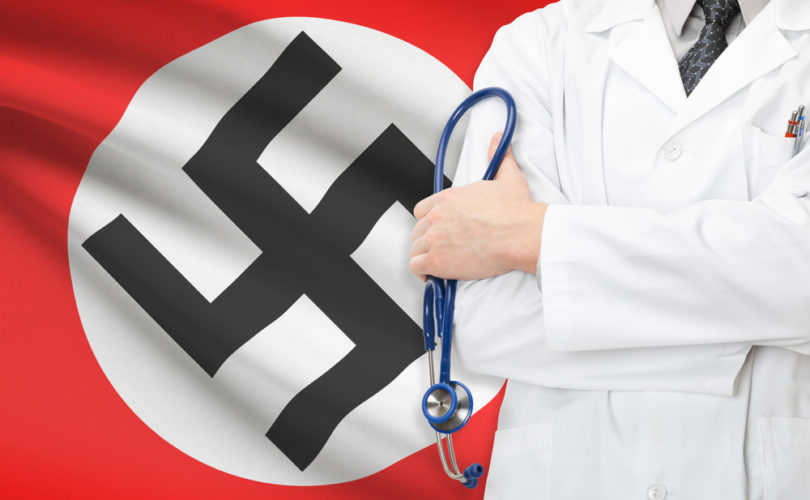 Historians have plumbed nearly every aspect of the Holocaust – but one needs further exploration, according to historians. The Nazis' crime of forced abortion and sterilization should be highlighted, studied, and used to understand modern totalitarian regimes, a panel of Holocaust historians said at a recent forum.

“A lot of women’s experiences during the Holocaust had to do with the biology of being a woman – not only vulnerability of sexual violence but menstruation and childbirth and forced abortion and forced sterilization,” historian Rochelle Saidel, the director of Remember the Women Institute, said at a panel at the American Jewish Historical Society in October. “All of these things are women’s experiences that need to be talked about.”

At the Nuremberg trials, the 1948 RuSHA trial indicted 14 Nazis for “encouraging and compelling abortions” for women whose children were not considered “racially valuable” – and a government-enforced policy of “mandatory abortions” is still supported by white supremacists today.

“Even if it be assumed that all [Nazi] abortions were voluntary, they still constitute a crime,” Associate Counsel Harold Neely said at the Nuremberg Trials. Prosecutors classified abortion under any circumstances as a “crime against humanity.” One of the defendants even admitted it constituted “a special violation against life.”

The threat of forced abortion and sterilization was a fact of life for female members of disfavored groups living under Nazi occupation.

Yet Dr. Ahraron Peretz, a doctor in the Kovno ghetto established for Jews from Kaunas in Lithuania, remembered that some Jewish women continued their pregnancies in secret despite the threat of execution. “By an order of July 1942 pregnancy in the Kaunas ghetto was punishable with death to the father, mother, and the infant,” he said. Yet the echoes of forced abortion continue to ring into the present, members of the October panel noted.

Islamic fundamentalists have regularly employed rape as a tool of total warfare, particularly in sub-Saharan Africa.

Yet the world's most active and efficient regime carrying out forced abortion remains the People's Republic of China. Officials announced last year that the one-child policy has prevented more than 400 million births since its institution in 1979, 336 million by abortion – most of those forced.

Although not associated with genocide, the forced regulation of fertility has had deep and lasting harm on the psyche of Chinese women. In November 2011, government officials forced Gong Qifeng to have an abortion seven months into her second pregnancy. The 35 hours she writhed in pain before expelling the body of her unborn child continued to haunt her, and she developed schizophrenia. “I feel like a walking corpse,” she said in January.

Some 500 Chinese women committed suicide every day in 2009, giving the nation the third highest female suicide rate in the world.

“Frequently when we begin to do research on women’s experiences in the Holocaust or genocide, we begin to see the crime differently. New things come to light. The behavior of men can be addressed or analyzed in a new way. It changes our view of history,” said Elisa von Joeden-Forgey, who teaches Holocaust and genocide studies at Richard Stockton College in New Jersey.

The decision to learn from the unique situation of the Holocaust how to prevent the victimization and genocide and government persecution of other people would have been welcomed by President Ronald Reagan, who wrote in his 1981 order establishing the U.S. Holocaust Memorial Council, “Like the genocide of the Armenians before it, and the genocide of the Cambodians which followed it — and like too many other such persecutions of too many other peoples — the lessons of the Holocaust must never be forgotten.”

The Forward reported that the October panel discussion, entitled “Giving Women Their Place in Holocaust History,” was held in conjunction with a performance art exhibition about the October 7, 1944, uprising at Auschwitz.