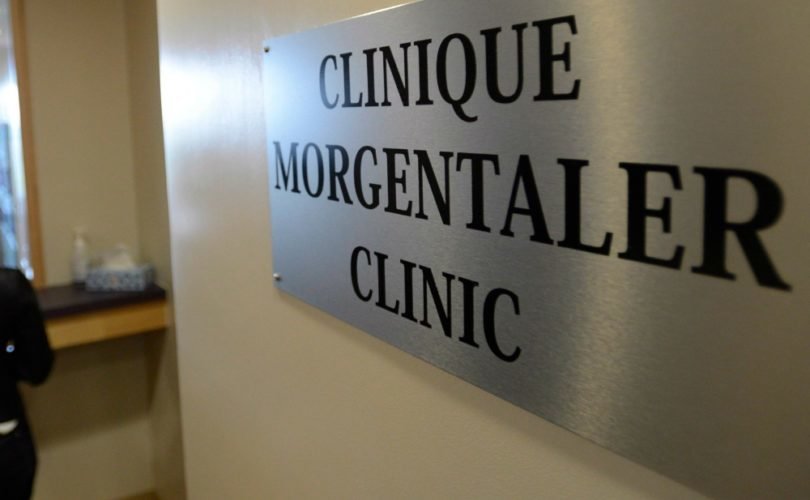 WINNIPEG, Manitoba, September 2, 2015 (LifeSiteNews) — A renowned Canadian judge is calling for an investigation into why two Canadian abortion centers failed to report an underaged girl who was forced by her stepfather to undergo two abortions after being repeatedly raped by him, one at the former Morgentaler Clinic in Newfoundland and the other at a Winnipeg, Manitoba hospital.

Retired Manitoba justice Ted Hughes told CBC News that the province of Manitoba should investigate how a 12-year-old girl with a previous record of abortion could be given another abortion and not have providers bring the child to the attention of welfare officials.

“I'm surprised that child-and-family-services, the ministry, isn't taking an aggressive stand. I would have expected that, because, unquestionably this child was in need of protection,” said Hughes, who received national attention last year when he made 62 recommendations for improving the child welfare system after investigating the 2005 murder of 5-year-old Phoenix Sinclair.

“Do I think this should be looked into? I certainly do,” he said.

After making these concerns public yesterday, Manitoba's Office of the Children's Advocate stated on the same day that it has launched an investigation, but that its findings will not be made public.

Pro-life leaders say the girl’s experience at the hands of abortionists is an indictment of the entire industry.

“Abortion centers are not health care centers. They are businesses, and their product is dead babies, professionally emptied uteruses. So they have a vested financial interest in not asking any questions,” said Jonathan Van Maren, communications director of the Canadian Centre for Bioethical Reform, to LifeSiteNews.

On Friday, the girl’s 35-year-old stepfather was sentenced to 16 years in prison for sexual assault that began in 2011 when the girl was 11 and continued for over two years, during which the girl became pregnant twice. The stepfather traveled across country for the first forced abortion at the former Morgentaler Clinic in St. John’s, Newfoundland. He then took the girl closer to home for the second forced abortion at the Health Sciences Centre in the Women's Hospital in Winnipeg.

“He arranged abortions for both pregnancies, including cover stories,” said Justice Christopher Martin at the sentencing, describing the man’s crimes as “shockingly calculated and cruel” and “among the worst nightmare scenarios.”

The man was arrested in 2012 after sexually assaulting his step-daughter’s best friend and the girl’s mom after breaking into their home. He cannot be identified to protect the victims.

The young girl, who is now 15, called both abortions “murder” in a victim-impact statement.

While legal and human rights experts are busy pointing fingers at who might be ultimately responsible for failing to help this girl as a victim of sexual assault, hardly anyone wants to point a finger at the abortion industry itself.

But Canadian pro-life leaders say the blame for this girl’s ongoing abuse rests primarily with the abortion establishment.

“By providing this abortion service for this young victim without asking any questions and without bringing in social services, these abortion providers were essentially protecting this incestuous stepfather and child rapist and setting up a situation that allowed him to continue abusing this poor little girl. They were protecting the perpetrator, not the victim,” Mary Ellen Douglas of Campaign Life Coalition told LifeSiteNews.

Douglas said that what this girl experienced in the hands of abortion providers proves that the abortion industry does not really care about women.

Natalie Sonnen, Executive Director of LifeCanada, said that legalized abortion in Canada has created a situation that “favours the abuser, without doubt.”

“Thousands of women and girls are susceptible to coercion by these men who get away with their crimes and are propped up by the industry. It is an absolute tragedy that these girls or women can be forcibly aborted and then sent back into the abusive relationship again. We have known for years that coerced abortion is a huge problem that our society refuses to address, for fear of offending the sacrosanct abortion establishment,” she told LifeSiteNews.

Various attempts have been made by pro-life politicians to introduce bills that would offer women some protection from coerced abortion, but with no success.

In 2008, Alberta Conservative MP Ken Epp saw his bill titled The Unborn Victims of Violent Crime reach second reading before it was squelched by Prime Minister Stephen Harper who was keeping his promise to steer clear of the abortion issue. The bill would have allowed for separate punishments for killing an unborn child in a violent attack on a pregnant mother.

In 2010, Tory MP Rod Bruinooge introduced a private member’s bill in 2010 called Roxanne’s Law that would have made it an offense to coerce a woman to seek an abortion. The bill was named after Roxanne Fernando, a Winnipeg woman beaten to death by her boyfriend in 2007, after refusing to get an abortion. Again, following Harper’s lead, the bill was only supported by half of the Conservative caucus and a handful of Liberals and failed to pass first reading.

Jonathan Van Maren, communications director of the Canadian Centre for Bioethical Reform, criticized politicians and the abortion industry for opposing the above bills that could have helped the young girl if they had been passed.

Van Maren said that far from securing women’s freedom, abortion-on-demand has reached a point where it is now being used as a “tool of oppression, not only for the pre-born child who is, as this poor girl tragically recognized, murdered, but also for those women and girls who bear the scars of their lost children and the trauma of being forced into this so-called government funded service against their will.”

Mike Schouten, Campaign Director for WeNeedALaw.ca, said that Canada’s continual resistance to regulating abortion has manifested itself in what he called a “real life tragedy.”

“While it is understandable that we focus on the rapist and the callousness of his crimes we also do well to collectively ask ourselves how we have come to live in a society that cares so little about the health and well-being of women, and in this case a young girl,” he told LifeSiteNews.

“This tragedy is a direct result of individualizing abortion to the point where the maximum amount of energy is put into protecting the so called ‘right to choose’ and little or no effort into actually caring for the health of this young girl.”

“This sad story is another indication that a time of reckoning is coming whereby Canadians come to understand that abortion does not liberate a woman. Rather, it brings a host of new problems, and in this tragic case allowed for the continued abuse of a vulnerable young girl,” he said.