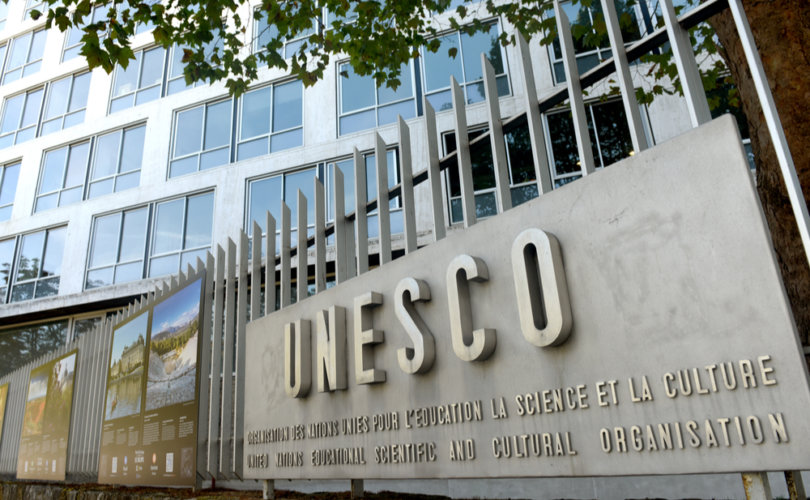 December 3, 2020 (LifeSiteNews) — In contrast to the current push in countries across the globe to make a coronavirus vaccine mandatory, the 2005 UNESCO Declaration on Bioethics and Human Rights declares that “medical intervention” requires the “free and informed consent of the person concerned.”

The UNESCO declaration states in Article 6, “Any preventive, diagnostic and therapeutic medical intervention is only to be carried out with the prior, free and informed consent of the person concerned, based on adequate information.”

Although the text itself appears to have an obvious meaning, the United Nations has both provided interpretations and acted in contradiction to the literal meaning.

In a document that elaborates upon the application of the declaration, UNESCO states that consent for medical treatment, as opposed to medical research, “is generally regarded as less critical, since the patient is in need of help and often does not have much choice. Although the patient must in principle consent to treatment and have the right to refuse it, in most cases implicit consent may be sufficient.”

It is unclear what is meant by “implicit consent.”

UNESCO’s document on the declaration also pointed out that there are “communitarian” interpretations of Article 6, according to which “individual rights are regarded as secondary to the needs of the community or the state, who has the obligation to guarantee law and order, stabilize social structures, set health policy goals, and so on.”

Article 6, which has recently been shared and censored on Twitter, even appears to have been flouted by the UN’s own Population Fund (UNFPA), which is reported to have been complicit in China’s family planning policy of forced abortions and sterilizations through the donation of resources that were used by China to enforce their coercive “population policies.” A UNFPA official in China was also reported to have operated out of the Office of Family Planning in Sihui.

The Johns Hopkins Bloomberg School of Public Health recently hosted a discussion in which legal and public health expert Joanne Rosen cited the 1905 Supreme Court case Jacobson v. Massachusetts as precedent for mandatory vaccines. The Supreme Court stated at the time, “It is within the police power of a State to enact a compulsory vaccination law.”

Famed American lawyer and Harvard professor Alan Dershowitz argued earlier this year that we “have no right not to be vaccinated,” and that “if you refuse to be vaccinated, the state has the power to literally take you to a doctor’s office and plunge a needle into your arm.”

A recent resolution passed by the New York State Bar Association (NYSBA) proposed consideration of a mandatory COVID-19 vaccine once it is available.

The MSEHPA, which was prepared by The Center for Law and the Public’s Health at Georgetown and Johns Hopkins Universities for the CDC, states, “To prevent the spread of contagious or possibly contagious disease the public health authority may isolate or quarantine, pursuant to Section 604, persons who are unable or unwilling for reasons of health, religion, or conscience to undergo vaccination pursuant to this Section.”

Canadian Prime Minister Justin Trudeau has said in April that he needed time to “reflect” on the possibility of making a coronavirus vaccine mandatory in Canada.

British Health Secretary Matt Hancock said Nov. 16 that the government would not rule out mandatory vaccines, even if it was not proposing it at the moment.