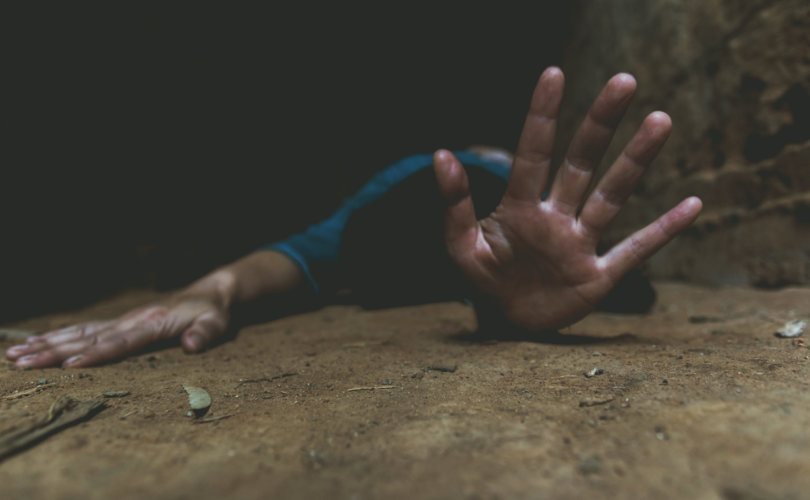 Per the report, in the 50 countries with the highest level of Christian persecution, forced marriages of women have increased by 16 percent. Stunningly, 90 percent of countries featured in the 2021 World Watch List reported incidents of forced marriage, up six percent from the previous year.

Abduction and forced marriage are a particularly widespread problem in Pakistan’s minority communities. In October 2019, three men waited until Huma Younus’ parents left their home before barging in and taking 14-year-old Huma by force. A few days later, the kidnappers sent Huma’s parents copies of a marriage certificate and documents alleging her conversion to Islam. Huma was forced to live as the wife of one of her abductors, and last summer, her parents learned that she had become pregnant from repeated rape.

To Huma’s parents’ dismay, the Sindh High Court ruled in February 2020 that the marriage was legal based on Islamic law, which says men can marry underage girls if they have had their first menstrual cycle. Today, Huma remains subject to unknown abuses in the home of the man who kidnapped her.

In Pakistan, perpetrators choose Christian and Hindu girls as their victims so they can use the country’s religious tensions to cover up their crimes. When a possible instance of forced conversion occurs, the perpetrator will often tell Muslim members of the community that it is inappropriate to question someone’s conversion to Islam. It can be dangerous for a girl to tell authorities or the courts that she did not truly want to convert to Islam; she may face threats against her safety or her family. Mob rule often affects Pakistan’s justice system and weakens the government’s ability to protect the most vulnerable.

In many of the countries Open Doors studied, marriage documentation is often used to cover up human trafficking rings. The report notes, “Traffickers often attempt to cloak the associated sexual violence behind a claim that the girl is now married, which in reality is often a forced marriage or a marriage resulting from targeted seduction.”

It is no secret that in countries with pronounced religious discrimination, girls from religious minority communities are targeted for human trafficking.

State Department officials have repeatedly tried to draw attention to the trafficking of Christians in the countries surrounding China. Kachin Christians from Burma and Christians from Pakistan are favored targets for Chinese traffickers. Traffickers lure impoverished and uneducated girls with the promise of economic comfort, a good job, or the story of a nice Christian boy looking for a wife. In reality, work at a brothel or forced marriage to an abusive and unloving husband is what awaits them.

The fate of women who escape their trafficking or forced marriage situation is also dire. Many cultures attach great shame and stigma to rape. Victims of rape may cease to be seen as an appropriate marriage prospect by their community.

The Open Doors report tells the story of Esther, a young Nigerian girl who was abducted by Boko Haram. After she escaped and made her way home with the child she had in captivity, she was shunned by her community. She said, “They called my baby ‘Boko.’”

The trauma that victims of rape, forced marriage, and human trafficking suffer from is long-lasting. Recovery is an extensive journey that is made even harder without support from the community.

Religious freedom is a human right that affirms other human rights. The various ways in which men and women are victimized by persecution bears witness to that. Research on this topic should cause us to renew our commitment to promoting religious freedom. The painful consequences of religious persecution ought to prompt free societies to take more robust action.