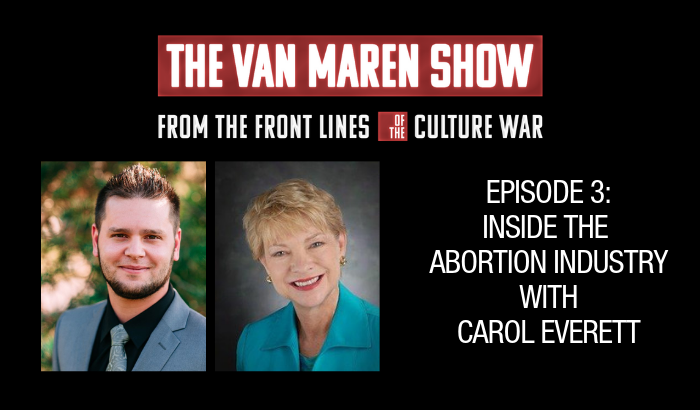 February 6, 2019 (LifeSiteNews) – After the anesthesia wore off, my very first thought was, “I’m a murderer.” After that, “my life started a downhill spiral.”

Everett, one of the top pro-life activists in the United States, spent six years in the abortion industry.

Having had an abortion just 2 weeks after Roe v. Wade in 1973 because she and her second husband simply didn’t want any more children, Everett got involved in and soon revolutionized the way the abortion industry operates.

We began “selling the procedure as a way to end all your issues,” she tells host Jonathon Van Maren. We instructed our “counselors,” who were in reality salespersons, to use fear tactics and to never mention the word “baby.” We really pioneered the telemarketing side of the abortion industry, she says.

Despite making tens of thousands of dollars, Everett reveals to Van Maren that she was a “miserable person” who was “running from my own pain.” She resented her former husband and says she told herself lies every day to get through her job.

“The people who work in abortion clinics are very hurt people…and they are so hurt they can’t see beyond their own pain.” You “can't kill every day without it affecting you.” I had “a sick group of people working for me.”

Everett explains to Van Maren that she would get girls hooked on birth control and that abortion centers are disgustingly un-sterile. We told women abortion “doesn’t hurt,” she remarks. “The truth of the matter is it is very painful because it is an unnatural interruption of one of God’s processes.”

She also shares vivid details about shocking stories of botched abortions, in one instance recalling how a doctor perforated a woman’s uterus, pulled her bowels through it, and pressured the local hospital to cover it up after they operated on her.

Abortionists “don’t care about the mother. She’s just another fee to them,” she said.

Everett then shares with The Van Maren Show how God answered her prayer for a sign that she was supposed to leave the industry.

“Pro-lifers are in this for the baby, but the woman is the decision maker,” she says. “And when we reach the woman we can save the baby. Sometimes I think we have our focus on the wrong thing. We forget that she is the one who’s hurting and who needs our love to help her save that baby.”

The Van Maren Show is hosted on numerous platforms, including Spotify, SoundCloud, and YouTube, so you can listen by clicking the links. We are also on iTunes and Google Play.