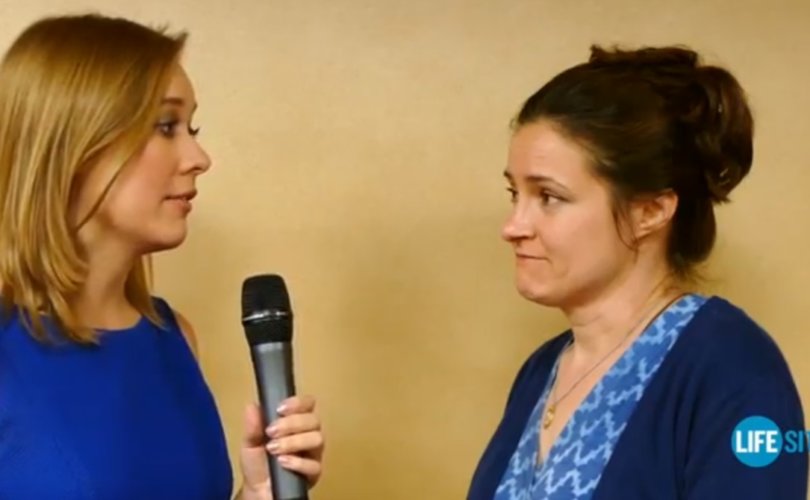 “Even when I was pro-choice and even when I was working [at the abortion facility], there was still always the grave knowledge that what we did there was death,” Jewels Green, who now speaks out about her experience in the abortion industry, told LifeSiteNews. “You just can’t be surrounded by that much death day after day and not have it get to you.”

“There’s certainly nothing like the beauty of Reconciliation,” said Green, who converted to Catholicism after becoming pro-life.

Green told LifeSiteNews it took “many, many years” for her to become pro-life. The experience of being coerced into an abortion when she was 17, which later led her to attempt suicide, shaped her outlook on life.

“I actually started working in the abortion industry as a way to justify, I guess, my actions,” Green said.

But years after leaving the abortion industry, a friend of Green’s was a surrogate mother and shared the story of a fellow surrogate who was offered the payment of her contract in full to abort the baby she was carrying, who tested positive for Down Syndrome.

“That was my final lightbulb moment because that’s tens of thousands of dollars,” she said. It felt “like I was learning about a mob hit. Here’s an inconvenient life, here’s a whole bunch of money, I want you to get rid of that inconvenient life.”

In order to maintain “intellectual integrity and consistency” after acknowledging that the abortion of that baby was wrong, Green said, “it wasn’t too hard to say all abortion is wrong.”

Green described working at an abortion facility as somber which staff dealt with through “gallows humor.” Such dark humor came from desensitization, similar to what soldiers in war or surgeons might experience, Green said.

The “overwhelming majority” of women seeking abortions were “completely shut down,” Green said, and “that sort of added to … that somber pall that hung over the facility.”