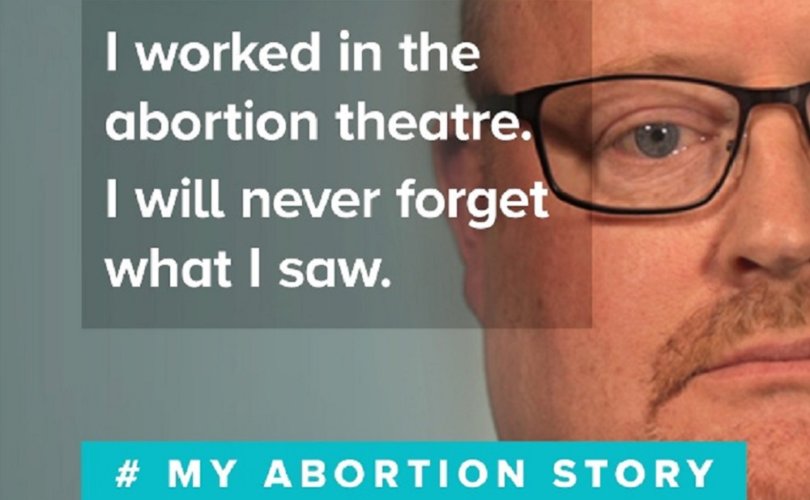 March 6, 2018 (Society for the Protection of Unborn Children) – The March for Life UK has announced that one of the keynote speakers at the 2018 March for Life will be Noel Patrùn, a psychiatric nurse who assisted in carrying out abortions during a time working as a scrub nurse in obstetrics and gynaecology departments in UK hospitals.

Moving to the capital

The 2018 March for Life will take place in Parliament Square on 5 May, a date chosen to mark the  fiftieth anniversary of the 1967 Abortion Act coming into force, which falls on 27 April. The March is making the move to London after 5 years of being held in Birmingham to commemorate the almost 9 million lives lost to abortion since 1968.

Because of the significance of this anniversary to the UK pro-life movement, the March's organisers are this year choosing speakers with specific experience of abortion in the UK. Mr Patrùn, though Irish born, worked for a considerable time in abortion provision in a UK hospital.

Stories not being heard

He is currently sharing his experiences in the debate on the Eighth Amendment in Ireland, as part of  Save The 8th's #MyAbortionStory campaign.  “I want people to understand that the reality of repeal is not being debated at all,” he said. “If abortion is legalised, someone has to carry out that procedure. There are many abortion stories like mine which are not being heard, and the reality of abortion for nurses and doctors and other practitioners is not being discussed in any meaningful way.”

His testimony sheds a light onto the UK abortion industry, including how many women are not there by choice. In his subsequent work in mental health, he says he ended up supporting more people with post-abortion syndrome than post-natal depression.

Other speakers at the March will include Clare McCullough, one of the founders of the Good Council Network, who has recently gained prominence in her defence of pro-life vigils outside abortion clinics. (Watch Clare taking on Rupa Huq MP on the Daily Politics!)