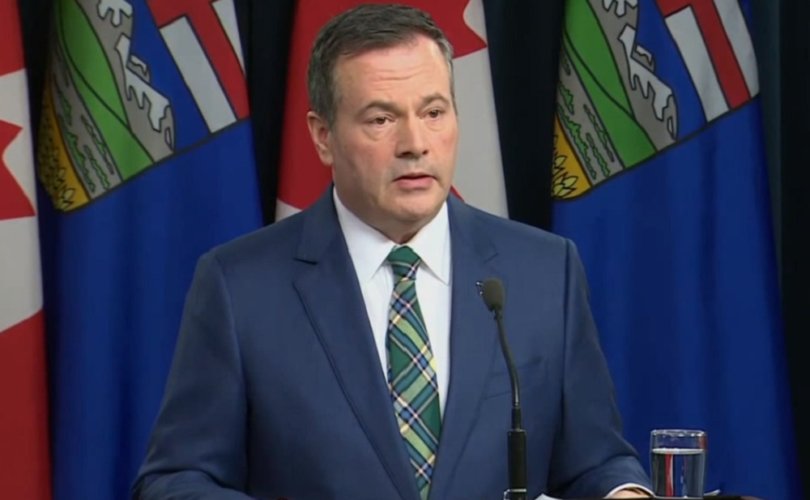 CALGARY, Alberta (LifeSiteNews) — After resigning as premier of Alberta and leader of the United Conservative Party in May, Jason Kenney has now stepped down from the Legislative Assembly.

“I have resigned as Member of the Legislative Assembly for Calgary-Lougheed,” Kenney wrote Tuesday on social media. “Thank-you to my constituents for the honor of representing them in Parliament and the Legislature over the past 25 years.”

I have resigned as Member of the Legislative Assembly for Calgary-Lougheed.

Thank-you to my constituents for the honour of representing them in Parliament and the Legislature over the past 25 years.

Included in the tweet was a signed statement by Kenney, outlining his reasons for deciding to step away from public life.

“This decision brings to an end over 25 years of elected service to Alberta and Canadians,” Kenney wrote in one part of his resignation letter. “I would like to thank especially the people of South Calgary for their support over nine elections to Parliament and the Legislature, beginning in 1997.”

“In the future I hope to continue contributing to our democratic life by sharing some of what I have learned on a range of issues, including immigration, national security, indigenous economic development, the state of the federation, economic growth, energy, and much more,” the now-former politician continued.

In what appeared to be a swipe at the new premier of Alberta and leader of the UCP Danielle Smith – who ran for leadership on what many saw as an anti-Kenney platform, opposing his imposition of COVID mandates and his seeming unwillingness to stand up against Prime Minister Justin Trudeau’s federal government – Kenney wrote, “But I am concerned that our democratic life is veering away from ordinary prudential debate towards a polarization that undermines our bedrock institutions and principles.”

While Kenney seemed to be implying that his successor is guilty of undermining “bedrock institutions and principles” by taking a strong stance against vaccine mandates, lockdowns, and the restrictive energy sector and climate policies of the Trudeau government – which Smith formally challenged with the introduction of the Alberta Sovereignty Act on Tuesday – many of Kenney’s critics see him as the true culprit of such behavior.

In 2017, Kenney ran to become leader of the Alberta UCP on a pro-life and pro-family platform, even gaining the endorsement of Campaign Life Coalition.

However, after winning the nomination in a landslide, Kenney quickly distanced himself from his past pro-life and pro-family views, leaving much of his base feeling betrayed.

During the COVID-19 so-called pandemic, things only got worse for Kenney as he further alienated much of his base by implementing lockdowns, mask mandates, a vaccine passport system and even overseeing the arrests of at least three pastors who stood up against the government’s closing of churches.

In addition to imposing strict so-called health regulations, Kenney ousted multiple elected MLAs from the UCP allegedly for their unwillingness to go along with his heavy-handed policies.