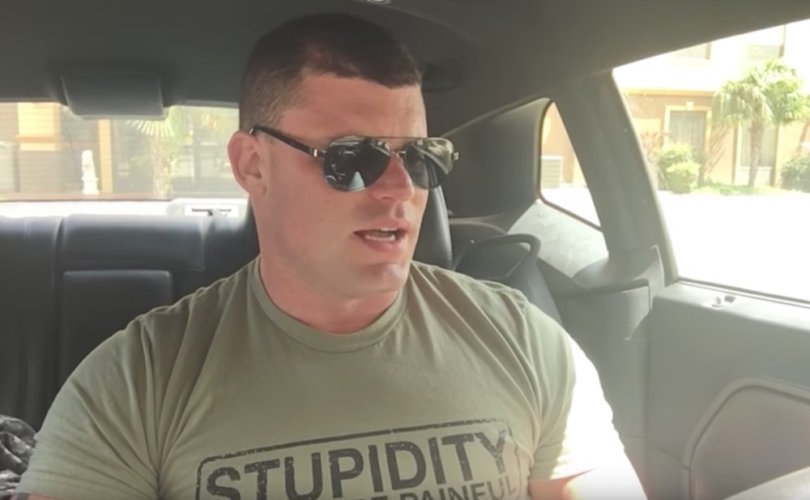 July 27, 2017 (LifeSiteNews) – A new viral video by a former Army drill instructor, John Burk, defends President Trump’s new ban on “transgender” service “for the sake of our national security and making sure that we have a very mentally healthy and safe fighting force.”

“Guess what? Color blindness disqualifies you from the military. … Are we… ‘discriminatory’ towards color-blind people?” he said.

Burk cited “a whole slew of things,” like depression, anxiety, even color-blindness, that can keep a person from being allowed to serve the military.

“So I don't see this as being discriminatory in any way, shape or form,” he says. “There has to be a line drawn in the sand — a standard and force that cannot be crossed by any means.”

“The military is not a social experiment for a very small demographic of people that want to enlist. You cannot change the course of how the entire organization works,” he says.

Burk disagrees with progressives who are spinning the transgender military ban “any way they can to say that Trump is anti-homosexual.” That’s “clearly not the case,” he says.

Burk is a personal trainer, a fitness motivator and an inspirational speaker. His website says, “John served our country in the United States Army for 13 years, deploying to Iraq and Afghanistan for three tours in support of the War on Terrorism, culminating with serving as a Drill Sergeant.”