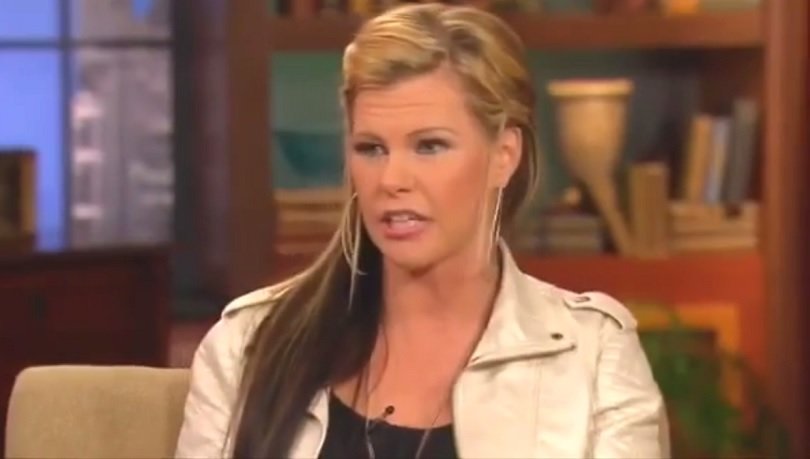 She had been a stripper and prostitute for seven years, using sex and alcohol to medicate the pain of her childhood molestation. She lived for money and felt completely “dead on the inside” without any connection to God – until five separate abortion appointments were miraculously canceled.

Anny Donewald told her story to The 700 Club today.

Donewald grew up in a public family. Her father, Bob Donewald, was assistant coach to the Indiana University Hoosier basketball team under the legendary Bobby Knight and later head coach at Illinois State University. But she was raped by one of her father's team members at age 13.

“I ended up making the decision to keep my mouth shut, which ended up just really being a toxic decision,” she told The 700 Club co-host Terry Meeuwsen.

Anny turned to alcohol and sex. Winning an amateur stripping contest during college at age 19 launched her into a seven-year stint in the sex industry that “escalated into prostitution in Las Vegas and Beverly Hills.”

What was “meant to be one decision for one night” became a lifestyle, and she found herself “indoctrinated into a whole other culture, which is the sex industry.”

But she realized money, which she now had in abundance, could not make her happy – something she called “a really lonely moment for me…I'm making money, but I'm selling my soul to get it.” But despite several unsuccessful attempts to focus on other goals and get out of the sex industry, she kept falling back into her familiar patterns.

Near her 26th birthday, she became pregnant with her son and decided she was not ready to be a mother.

“I was pregnant with my son, and went to have an abortion, because I’m dead on the inside,” she said, adding that she didn't “feel like I deserve” to be a parent.

“I was an atheist at the time, [but] I prayed. The running joke was that I was the praying atheist,” Donewald said. “And I said, ‘God, I don’t know if you’re real or if you can hear me, but I don’t think you want me to do this. But I’m not going to be the one to stop it. You stop it.’”

“I made five different appointments, and they all got canceled,” she said.

She then had to decide which God delivered her. One day on the telephone with her sister, who is a Christian, she said the words “Matthew 4:16” began echoing in her mind – strange, because she knew nothing about the Bible. Her sister read her the verse: “The people which sat in darkness saw great light; and to them which sat in the region and shadow of death light is sprung up.”

She has since started Eve's Angels, an outreach to other women trapped in the sex industry.

She had no trouble naming the biggest mistake people – especially people of faith – make in trying to reach out to prostitutes and exotic dancers.

“We demonize the people there,” she said. “These girls are some of the most precious girls that have just taken a wrong turn, and all these need is another chance.”

“I always tell people there's always things that happen that get girls into the sex industry,” she said. “Nobody ever wants to wake up and say, 'Hey, I think I'll be a stripper.'”

She tells her full story in her book, Dancing for the Devil.

Stripper: ‘I thought I saw the devil’ in the men who ogled me