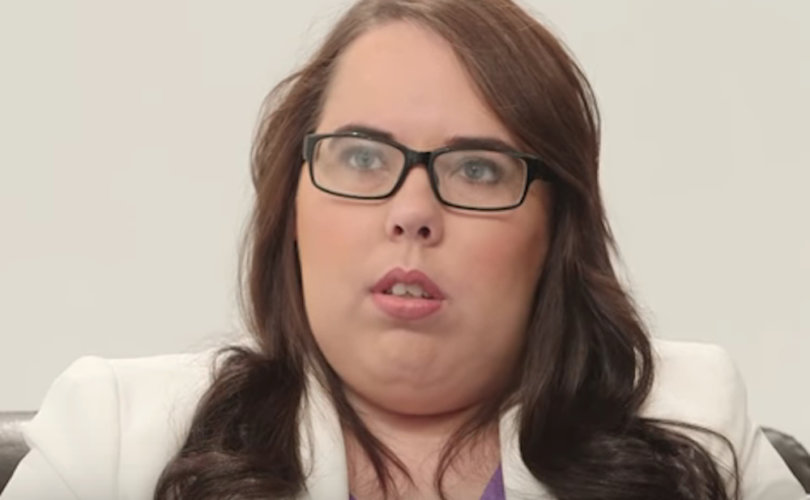 November 9, 2017 (LifeSiteNews) – Planned Parenthood “made us do the dirty work,” an ex-procurement technician for a baby body parts harvester explained in a new video.

She outlined how Planned Parenthood profited from selling aborted baby parts to StemExpress, and how a nurse was reprimanded for throwing out fetal remains rather than letting them be harvested and sold.

Holly O’Donnell worked for StemExpress, one of the companies that found itself in the middle of the Center for Medical Progress (CMP) videos showing the abortion industry’s work with the baby body parts trade.

When the CMP videos first came out, Planned Parenthood claimed that the money they received from companies like StemExpress was just reimbursement for things like shipping costs.

But Planned Parenthood never shipped the body parts, O’Donnell testified in this new video. StemExpress handled all aspects of the fetal organ harvesting process: getting patients to consent, dissecting fetuses, packaging organs, and shipping them off via FedEx.

And invoices show that customers paid StemExpress, not Planned Parenthood, for the FedEx shipping.

“Planned Parenthood’s executive team repeatedly lied to the public and to the news media when they promised StemExpress was only paying them for ‘shipping costs,’” said CMP’s David Daleiden.

“Planned Parenthood never shipped anything, we did all the shipping,” said O’Donnell.

“Even some of the medical assistants” employed by Planned Parenthood “didn’t like doing path lab,” said O’Donnell, referring to the pathology lab where aborted babies’ body parts were sorted.

“They wanted StemExpress staff to deal with all the path lab,” she said.

O’Donnell recalled how one medical assistant disposed of fetal body parts rather than give them to StemExpress as requested.

“I know she was throwing the specimens away ’cause I kept telling her over and over again” that StemExpress wanted them, said O’Donnell. “I’m like, ‘hey, I keep telling you, I need this kind of specimen, you’re just throwing them out.”

When O’Donnell complained about it to the head nurse, she intervened on behalf of StemExpress, saying “we need the money.”

But “I think that some of the staff at some of these clinics knew exactly what was going on, that they were getting compensated by, you know, the tissues,” she said.

Daleiden said one of his main hopes during the investigation was to find the original contract between StemExpress and Planned Parenthood.

During the Congressional investigation into the body parts scandal, this contract was revealed.

StemExpress paid Planned Parenthood Mar Monte $55 per fetal organ and $10 for maternal blood samples, according to the contract.

The contract said Planned Parenthood would send an invoice to StemExpress every month “based on the number of harvestable POC’s (products of conception) that have been obtained at the Planned Parenthood clinics in that month,” said Daleiden.

“In that contract, it looks like – based on the language – that ‘POC’ means individual fetal organ and that means Planned Parenthood was getting paid for every individual body part that StemExpress was harvesting,” said Daleiden.

“Other people and StemExpress lawyers have tried to say, ‘oh, no, you know, we promise it was only per abortion’” that they were paid, Daleiden explained.

“I don’t believe that was true because we as procurement technicians got our bonuses based on organ, not per abortion” said O’Donnell.

At big Planned Parenthood facilities, eighty or ninety percent of the time it was StemExpress employees and not abortion workers who sorted through the body parts after abortions, she said.

“So you were doing some of their work for them, you were harvesting the body parts that you needed, and then StemExpress would pay Planned Parenthood?” Daleiden asked.

O’Donnell has testified in other CMP videos about her experiences collecting body parts at Planned Parenthood. In one video, she explained how a baby’s heart was still beating as she harvested his brain.

CMP is releasing a series of interviews with O’Donnell. In one of them, she said she could “feel the death” inside Planned Parenthood on her first day at work.