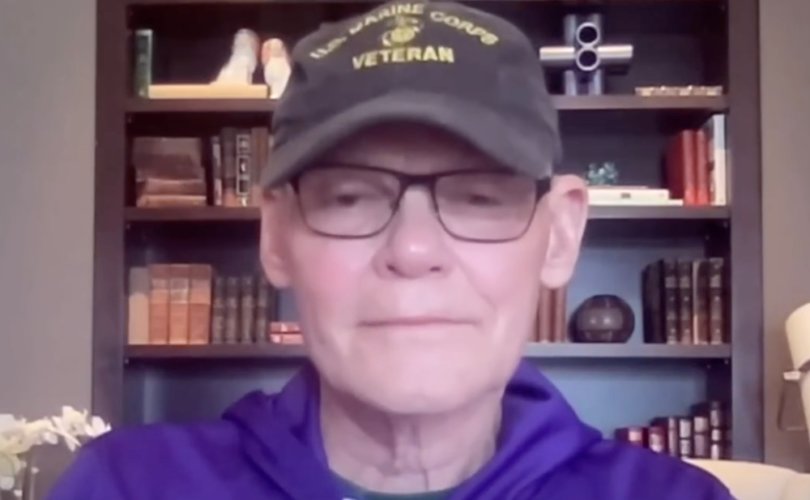 (LifeSiteNews) — As it heads into the last weeks before the 2022 midterms, the Democratic Party is too focused on abortion, a former top advisor to President Bill Clinton and long-time Democrat National Committee (DNC) strategist warned.

Clinton campaign manager and advisor James Carville warned that “just yelling abortion every other word” is not an effective strategy for his party, with specific reference to Nevada Senator Catherine Cortez Masto’s campaign for re-election.

“A lot of these consultants think if all we do is run [pro-] abortion spots that will win for us. I don’t think so,” Carville told the wire service. “It’s a good issue. But if you just sit there and they’re pummeling you on crime and pummeling you on the cost of living, you’ve got to be more aggressive than just yelling abortion every other word.”

Senator Bernie Sanders, an independent socialist who caucuses with Democrats, shared the same concerns in a recent op-ed.

Sanders, who unexpectedly won nearly 40 percent of delegates in the 2016 Democratic primary election, told his party there are other issues besides the intentional killing of innocent preborn babies.

He wrote that even though he is 100 percent in support of abortion, he is “alarmed” to hear that some candidates are focusing their campaign on this issue alone.

Sanders wrote in The Guardian on Monday:

This is a fight that most Americans want us to wage and, given the Republicans’ extremist position on the issue, makes them genuinely vulnerable. But, as we enter the final weeks of the 2022 midterm elections, I am alarmed to hear the advice that many Democratic candidates are getting from establishment consultants and directors of well-funded Super Pacs that the closing argument of Democrats should focus only on abortion. Cut the 30-second abortion ads and coast to victory.

I disagree. In my view, while the abortion issue must remain on the front burner, it would be political malpractice for Democrats to ignore the state of the economy and allow Republican lies and distortions to go unanswered.

— Article continues below Petition —
Stand with Mark Houck, a pro-life Catholic dad of 7 raided by Joe Biden's FBI
Show Petition Text
8330 have signed the petition.
Let's get to 9000!
Thank you for signing this petition!
Add your signature:
Show Petition Text

Hispanics could be leaving Democratic Party over abortion issue

One warning sign that Carville, Sanders, and other Democrats might be seeing is that Hispanic voters, traditionally a reliable base for the party, are turning to Republicans over the issue of abortion.

“Democrats are also starting to lose their grip on the reliable Hispanic vote. The latest NBC News/Telemundo poll shows that even though Hispanics still prefer Democrats 54 percent to 33 percent, that 21-point lead is lower than in the past,” CBN News reported. “In election cycles over the last ten years, the lead has dwindled from a whopping 42 percent a decade ago to 26 points in 2022.”

Former Colorado state senator Ted Harvey, a Republican, theorized that the Democratic Party’s support for abortion could be one reason. “You see the Democrats that are passing radical abortion laws in California and Colorado and New York that say that you can kill seven-pound babies right up to the point of birth,” Harvey told CBN. “Your average, hard-working, Hispanic Catholic out there does not approve of that. Your … hard-working African Americans don’t approve of that. That’s a radical, extreme policy. And that’s what the Democrat Party is pushing left and right.”

Recent polls back up the possibility that Hispanics are more pro-life than their support for the Democratic Party would indicate.

A 2021 poll of Texas voters found Hispanics, more than black and white voters, supported the state’s heartbeat abortion law. “Among the state’s three largest racial and ethnic groups, Latino Texans expressed the strongest approval for the abortion law, with 58 percent supporting it, compared to 55 and 47 percent of white and Black residents, respectively,” the Houston Chronicle reported.

“A May poll from Trafalgar found 64 percent of Hispanic Americans believe most or all abortions should be illegal, compared to 58 percent of the general population,” LifeNews.com reported. A full copy of the poll is no longer available online due to a technical glitch.

The official stance of the Democratic Party is that abortion should be permitted through all nine months of pregnancy, for any reason and paid for by taxpayers. In addition to being a plank in the party platform, governors of major Democratic states including Illinois, California, New York and New Jersey have all put unlimited abortions into law.