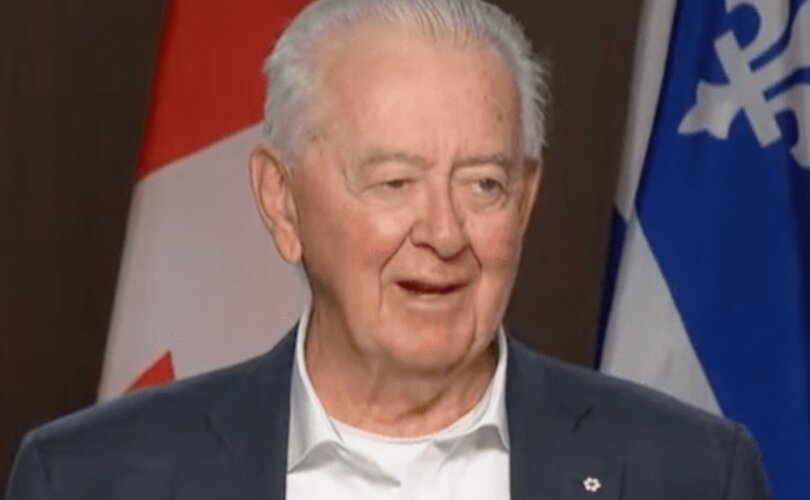 OTTAWA (LifeSiteNews) – A former Leader of the Official Opposition will lead an inquiry into the “unprecedented” COVID mandates imposed on Canadians by all levels of government.

Preston Manning, formerly both an MP and the sole leader of Canada’s Reform Party, announced during an Ottawa press conference on Wednesday that the National Citizens’ Inquiry (NCI) will investigate the “magnitude of these interventions.”

“[The series of COVID mandates] demands a comprehensive, transparent, and objective inquiry into the appropriateness and efficacy of the measures imposed,” said Manning.

“We need to determine what worked and what didn’t and identify how we can respond better in the future.”

The NCI is a federally incorporated not-for-profit and will include experts in medicine and law.

According to NCI, government COVID mandate “interventions impacted the physical and mental health, civil liberties and fundamental freedoms, jobs and livelihoods, and overall social and economic wellbeing of nearly all Canadians.”

“Such an inquiry cannot be commissioned or conducted impartially by our governments as it is their responses and actions to the COVID-19 which would be under investigation,” NCI explained.

NCI said the inquiry will take place in early 2023, in which it will “hear from Canadians and experts and investigate governments’ COVID-19 policies in a fair and impartial manner.”

“The NCI’s purpose is to listen, to learn, and to recommend,” the organization stated.

“What went right? What went wrong? How can Canadians and our governments better react to national crises in the future in a manner that balances the interests of all members of our society?”

READ: New book documents the disaster of lockdowns, shows why we should never suffer them again

— Article continues below Petition —
PETITION: Demand the Conservative Party apologize for not resisting Trudeau's COVID regime
Show Petition Text
4424 have signed the petition.
Let's get to 5000!
Thank you for signing this petition!
Add your signature:
Show Petition Text

NCI’s inquiry will also look into the negative side effects many Canadians experienced after getting the experimental COVID shots, with testimony from doctors affected by the jabs.

According to NCI, “3-out-of-4 Canadians report having been harmed by Canada’s COVID-19 policies.”

Manning has been dubbed the “father of modern-day Canadian Conservatism” and his leadership of the NCI’s inquiry is significant. He was Canada’s Leader of the Official Opposition from 1997 until 2000, trouncing both the NDP and the Progressive Conservative Party, with which it merged, for the spot.

Throughout most of the COVID crisis, Canadians from coast to coast were faced with COVID mandates, including jab dictates, put in place by both the provincial and federal governments.

After much pushback, thanks in particular to the Freedom Convoy of 2022, most provincial mandates were eliminated by the summer of 2022.

While many Conservative MPs in Canada have been calling for an independent inquiry into how the government acted during COVID, at least one Liberal MP has said any such inquiry needs to be as transparent as possible.

Nathaniel Erskine-Smith of the Liberal Party recently told True North that “[a]ny review process needs to be transparent, non-partisan, credible, and involve feedback and lessons learned from independent experts as well as decision-makers at all levels of government.”

Erskine-Smith said he thinks the “legislated review process” is the way to go for now.”

NCI has a petition which to date has been signed by over 11,000 Canadians.