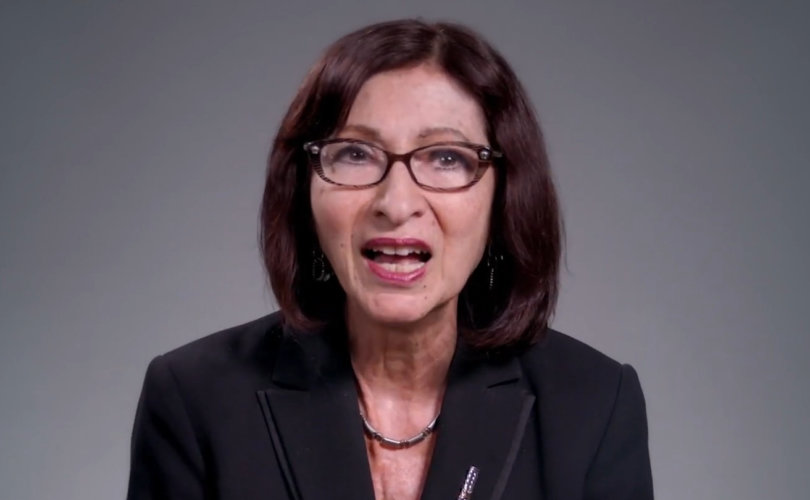 (LifeSiteNews) — A former Ontario Information and Privacy Commissioner has spoken out against “outrageous … abhorrent” worldwide vaccine passport mandates, warning that the sensitive information gathered in such systems is creating a “global digital infrastructure for surveillance.”

Privacy expert Dr. Ann Cavoukian, now an executive director at Toronto’s Privacy By Design Centre of Excellence, said that individuals using the vaccine passports ought to be concerned about the level of intrusion into the private lives of citizens that is introduced by the system, since alongside health information vaccine passports often include location tracking and personal identification documentation.

The Epoch Times reported Cavoukian as revealing that governments will be able to collect “geolocation data associated with where you were, and at what time” with the vaccine passport system. The data tracking will also give them the ability to monitor “who you were with.”

Cavoukian, a senior fellow at the Ted Rogers Leadership Centre at Ryerson University, argued that worldwide personal information collection through such systems will create a “global digital infrastructure of surveillance.”

Cavoukian explained that private health information should remain “between your doctor and yourself,” according to Ottawa-based newsroom Blacklock’s Reporter. With the requirement to share this data through passport schemes, “all of that has changed,” she said. “That’s what astounds me. I find it abhorrent.”

She urged Canadians to “preserve our personal freedom and liberty and not give into the dictates of governments … privacy is the cornerstone of that. I think vaccine mandates are outrageous.”

Such mandates are especially “unfair,” she argued, “because there are some people who are immunocompromised, they have anaphylaxis, they cannot get vaccinated. So those people are going to be treated terribly.”

“I reject any form of vaccine passports,” she asserted.

In Canada, “[h]ealth information is very strongly protected,” Cavoukian noted, highlighting the existence of the Personal Health Information Protection Act (PHIPA). This legislation, she explained, protects an individual’s right to divulge their own healthcare information at their discretion. “It should be only an individual’s choice if they wish to reveal this information,” she said.

However, with the dawn of vaccine passports, “people are being forced, they’re demanded to reveal their vaccine status. And that should be no one’s business except for the individual and their own doctor.”

The veteran privacy commissioner, who served in the distinguished post for seventeen years, insisted that the health status of private citizens “is considered to be the most private, sensitive information they have.”

She characterized objections to privacy rights in favor of public safety regarding health mandates as “nonsense,” stating that both privacy and public health should be upheld, rather than pitted against each other.

“It should never be privacy versus public safety. It’s not a zero-sum game, either-or, win-lose.” Cavoukian instead stressed, “It has to [be] privacy and public safety.”

Speaking in May to the Vancouver International Privacy & Security Summit, Cavoukian said that “[y]ou cannot have freedom without privacy.”

“You end up turning your shoulder all the time wondering who’s listening,” she added.

Before introducing the vaccine passport scheme on September 22, Ontario Premier Doug Ford announced that the system would be “a temporary tool that we won’t use any longer than we have to.” Commentators at the time noted that Ford did not supply an end date as part of his announcement, leading to some skepticism that the passports would form only a provisional measure.

“The problem is privacy protection measures, once they are lifted in an emergency, are seldom restored,” Cavoukian said. “What often happens is when there’s an emergency, the privacy laws get lifted because it’s an emergency situation and additional measures are introduced. Then, when the emergency ends, those privacy-invasive measures often continue.”

“That is my fear here. The pandemic is going to end, but my fear is people will get used to the concept of divulging personal information that governments want,” she lamented, adding that the measure is bound to become an “inescapable web of surveillance.”

“That’s what bothers me. It will become the norm, to divulge your personal medical information. That will be the expectation. I fear for our privacy so much. This is appalling to me.”

The Ontario provincial government’s mandate requires Ontarians to show proof of inoculation against the novel coronavirus with one of the state-approved abortion-tainted shots “to access certain businesses and settings.”

Included among the restricted venues are restaurants, bars, nightclubs, gyms, pools, casinos, theatres, cinemas, and sports venues, among other places. Outdoor venues with a capacity of 20,000 people or more have also been restricted to vaccinated individuals only.

Exemptions to the mandate exist for all those aged under 12, and for a limited number of reasons for anyone aged under 18, such as requiring temporary access to a business to use the bathroom. Medical exemptions have also been offered to those who have a signed doctor’s note. No religious exemption was outlined.

At the federal level, Prime Minister Justin Trudeau announced sweeping travel restrictions Thursday, mandating proof of COVID vaccination for all who wish to travel by air, sea, or rail, both domestically and internationally.

“We are very confident this proof-of-vaccination certificate that will be federally approved, issued by the provinces with the health information for Canadians, is going to be accepted at destinations worldwide,” Trudeau said at a press conference, adding the mandate will come into effect on October 30.

As things stand, some 88.817 percent of eligible Canadians have received at least one dose of a COVID jab, according to COVID-19 Vaccination Tracker Canada.

Coronavirus vaccine trials have never produced evidence that the vaccines stop infection or transmission. They do not even claim to reduce hospitalization, but the measurement of success is in preventing severe symptoms of COVID-19.

Meanwhile the list of FDA-recognized adverse events have grown from severe anaphylactic reactions to include fatal thrombotic events, the inflammatory heart condition myocarditis, and neurologically disabling disease like Guillain Barré Syndrome, as well as thousands of recorded deaths and permanent disabilities.