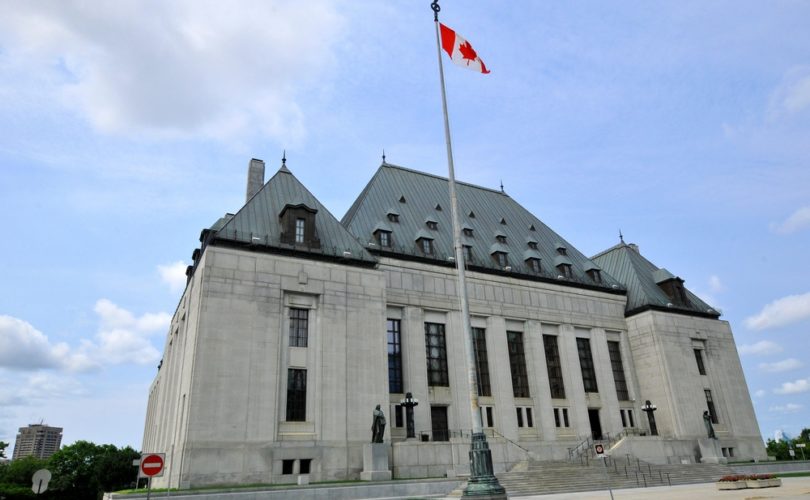 (LifeSiteNews) — A former Canadian Supreme Court justice has put his support behind the province of Alberta’s newly tabled “Sovereignty Act,” which if passed would prevent “unconstitutional” federal government overreach into matters of provincial jurisdiction.

In response to Premier Danielle Smith’s tabling of her much anticipated Sovereignty Act last week – which drew the ire of the mainstream media and left-leaning critics – former Canadian Supreme Court Justice John C. Major reacted asking, “what’s so terrible about the province saying, ‘if you want to impose on us, you better be sure you’re doing it constitutionally?'”

Major said that he did not find the act to be “radical” – as has been suggested by many, including Prime Minister Justin Trudeau – adding, “I don’t find that [act] particularly alarming.”

He also noted that the act, if used by the legislature, could face scrutiny by Canada’s Supreme Court, but the onus would be on the court to show whether the province’s use of the act contravenes the constitution, not the other way around.

Major was appointed to the Supreme Court of Canada in 1992 and retired on Christmas Day, 2005.

Last week, Smith introduced Bill 1: Alberta Sovereignty within a United Canada Act into the province’s legislature, which most notably would help the province push back against federally-imposed rules that impact the region’s oil and gas sector.

At the time, the government explained that the act “will be used to push back on federal legislation and policy that is unconstitutional or harmful to our province, our people and our economic prosperity,” including but not limited to “firearms, energy, natural resources and COVID healthcare decisions.”

On Twitter on Monday, Smith noted Major’s praise regarding her Sovereignty Act.

Unlike Major, Trudeau recently threatened to take action against the province of Alberta’s newly introduced legislation, saying all options remain on “the table.”

Alberta’s opposition party, the New Democratic Party (NDP), under former Premier Rachel Notley, has also blasted Smith’s Sovereignty Act by claiming it is dangerous, adding they will not seek to bring forth any amendments to the bill.

On Monday, Smith said that there will be amendments to the act made by her party, namely to make sure that Alberta’s regular legislative process is followed should a resolution be brought forth under the act.

Smith’s proposed act was a hallmark of her campaign for leader of the United Conservative Party (UCP) and premier of Alberta, promising throughout her run that if elected, she would table legislation to help make Alberta as independent from Ottawa as possible while staying in the Confederation.

Many have pointed out that Trudeau’s opposition to provincial autonomy, particularly with respect to the overseeing of natural resources in the western provinces, seem to mirror aspects of his own father’s policies.

Touching on this, Smith said last week that there is a “long and painful history of mistreatment and constitutional overreach from Ottawa has for decades caused tremendous frustration for Albertans.”

“In response, we’re finally telling the federal government: ‘No more,” she added.