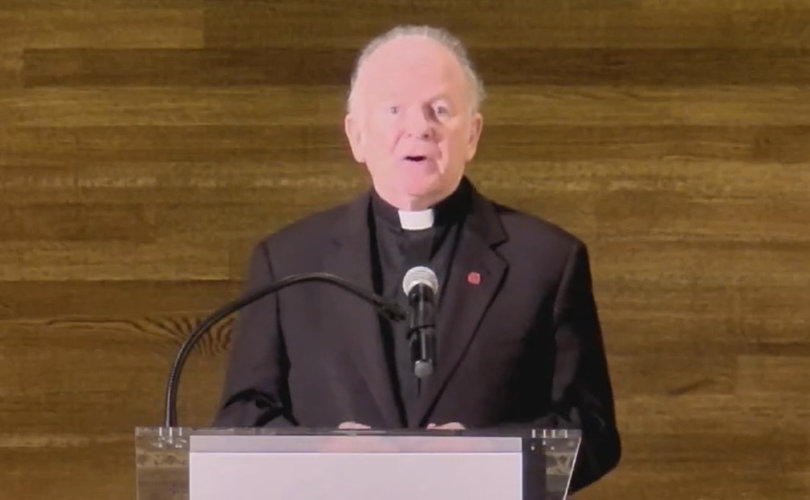 (LifeSiteNews) — According to a prominent Jesuit priest and former chaplain of the U.S. House of Representatives, supporting a woman’s right to “choose” to kill her unborn child is a “Catholic value.”

Defying 2,000 years of Church teaching, and the Catholic biblical view on the sanctity of human life, Fr. Pat Conroy SJ told the Washington Post in an interview that “a good Catholic” support a woman’s right to “choose” to commit an abortion.

“It’s an American value that each one of us can choose where our life is going,” stated Conroy on the topic of abortion. “That happens to be a Catholic value, too. That we should all use our gifts and our talents and our intelligence as best we can to make the best choices we have the freedom to make.”

“A good Catholic in our system could be saying: Given women in our system have this constitutional right [to abort their child], our task as fellow Christians, or as Catholics, is to make it possible for her to optimize her ability to make the choice,” he added.

Despite Conroy’s position, the Catholic Church authoritatively and definitively holds and has always held that abortion is an “abominable crime” and that “life must be protected with the utmost care from the moment of conception.”

In fact, even those who merely support abortion in the political realm and have never been directly involved in procuring, performing, or obtaining an abortion, are in a state of grave sin and receive the highest juridical penalty under the Church’s Canon law system, namely excommunication.

Justifying his rejection of the authentic teaching of the Catholic faith, Conroy twisted the writings of St. Thomas Aquinas to the interviewer in an attempt to rationalize his support for the murder of innocent human life.

In reality, Aquinas held that the Catholic Church is the supreme authority on issues of faith and morals, and while culpability is certainly lessened if someone sins without realizing they are sinning, there is still a moral obligation to seek to form one’s conscience in accordance with authoritative Church teaching.

“To say that one is bound to follow an erring conscience is not to say that one is morally justified in doing any- and everything one is inclined to do. If every action was morally right just because one wanted to do it, it would be logically impossible to commit any morally wrong act; and this would empty ‘morally right and wrong’ of any meaning,” explained Dr. Joseph Magee, whose PhD is in Thomistic Philosophy. “Moreover, everyone knows that certain actions by individuals just are morally wrong, and the individuals who did them are guilty of wrongdoing, despite the fact that the perpetrator thought it was a good thing … In such cases, even an ‘erring conscience’ does not justify or excuse the moral evil.”

“But short of having the subjective conviction (after exercising due diligence to form one’s conscience well) that one has to act contrary to Church authority, or that one may not morally obey Church authority, that is, if one is not sure one is right, one has (Aquinas would say) an erring opinion (not an erring conscience) (see ST II-II, q.5, a.3), and in that case, one is morally bound not to act contrary to a trustworthy authority (e.g., the Church),” added the Aquinas expert.

“Such a person would have a doubtful conscience, and one morally cannot act with such doubts, any more than a hunter may shoot at a rustling bush if it might be hiding another hunter and not a deer.”