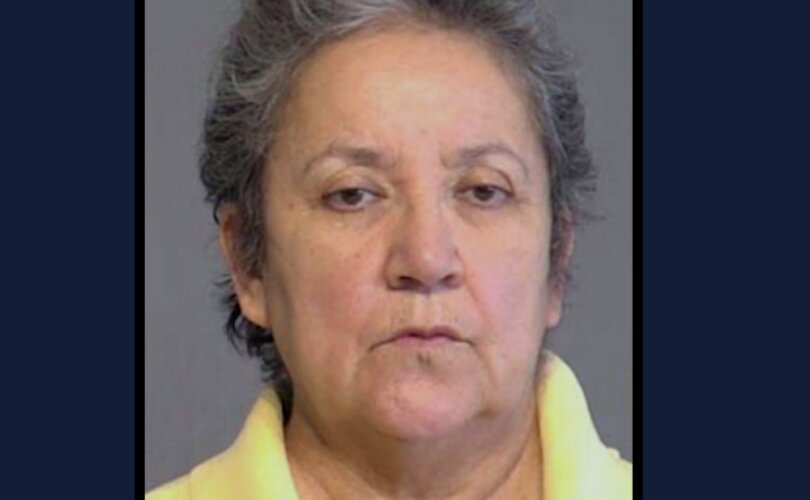 “Fuentes this week received a 30-day sentence for that crime, as well as two years’ worth of probation,” Just the News reported.

“Fuentes collected the four completed mail ballots from acquaintances in the city of San Luis, and gave them to co-defendant Alma Juarez while working a table outside a polling place where she was urging people to vote for a slate of city council candidates,” the Associated Press reported. “Juarez carried them inside and put them in a ballot drop-off bin. Election officials in Yuma County confirmed that the ballots were legitimate and the mail-ballot envelopes were signed by qualified voters, so they were counted.”

However, Fuentes faced other allegations of election criminality, though prosecutors dropped some charges.

READ: Trump calls out January 6 Committee as ‘Sham Trial,’ ‘Witch Hunt’ after voting to subpoena him

“Prosecutors alleged in court papers that Fuentes ran a sophisticated operation using her status in Democratic politics in San Luis to persuade voters to let her gather and, in some cases, fill out their ballots,” the AP reported. “But they dropped more serious charges of conspiracy and forgery and both defendants pleaded guilty to a single count of ballot abuse. [Judge Roger Nelson] noted the small-town politics in the case and years of rumors that people like Fuentes collected ballots from voters and delivered them to the polls.”

The Public Interest Legal Foundation has raised concerns about mail ballots and their susceptibility to fraud.

Nearly 15 million mail ballots remained unaccounted for almost a year after the 2020 presidential election, the group concluded in 2021.

“Based on data from the U.S. Election Assistance Commission, an analysis by the Public Interest Legal Foundation shows almost 15 million mail ballots effectively disappeared after election officials gave them to the U.S. Postal Service to deliver to voters,” election integrity experts Hans von Spakovsky and J. Christian Adams wrote in a September 16, 2021 article for the Washington Examiner.