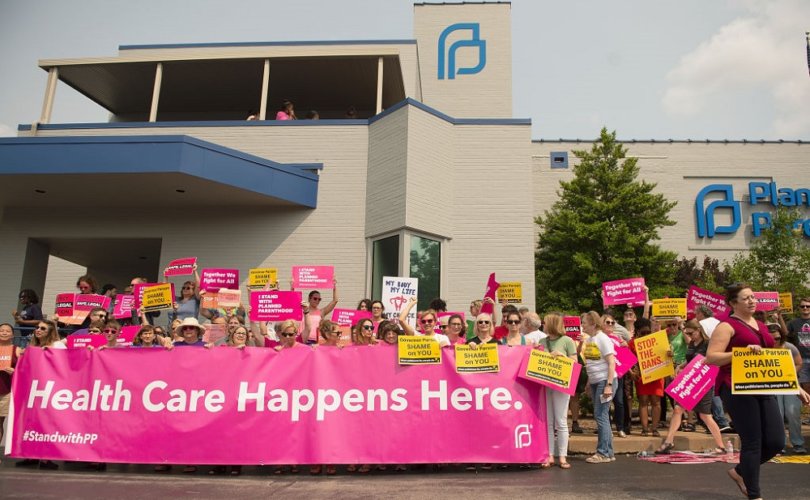 BALTIMORE, Maryland, July 14, 2020, (LifeSiteNews) — A former Planned Parenthood employee wrote in The Guardian that the top U.S. abortion organization is the reason the country’s pro-abortion movement is in “shambles.”

On July 13, Jessa Crispin, a former Planned Parenthood employee, wrote an article blaming Planned Parenthood as the reason the pro-abortion movement is floundering. According to Crispin, Planned Parenthood, as the largest abortion provider in the United States, is a “political leader” and “its executives are whom liberal politicians turn to for endorsement and support.”

“If Planned Parenthood is one of the leaders, if not the leader, of the pro-choice movement,” she continued, “perhaps it needs to take some responsibility for the movement being in a shambles.”

“Planned Parenthood,” Crispin said, “seems more concerned with hobnobbing with the powerful, paying the CEOs of its regional chapters salaries in the mid-six figures, making symbolic gestures and coming up with a catchy slogan to sell on T-shirts than with providing care for the people who need their services.”

She also condemned Planned Parenthood for not supporting free medical care in the United States; “the organization doesn’t, for example, endorse Medicaid for All.”

While Planned Parenthood offers a smattering of women’s health services, undercover investigations (such as here) have shown that the vast majority of its work centers on abortion.

The pro-life movement, however, has recently made tremendous progress with the support of U.S. president Donald Trump, and Planned Parenthood is feeling the pressure.

During the final presidential debate in 2016, Trump was asked if he wanted Roe v. Wade, the supreme court decision that forced legal abortion on all the states, overturned. He replied that if he was elected, it would happen because of his appointments to the Supreme Court. In 2017 and 2018, Trump appointed two pro-life judges, Neil Gorsuch and Brett Kavanaugh, to the U.S. Supreme Court. Trump sees the appointment of Supreme Court judges as “one of the most profound responsibilities of the president of the United States.”

As the first pro-life president, Donald Trump, attended and spoke at the 2020 National March for Life.

“And today as President of the United States, I am truly proud to stand with you,” Trump said at the March. “I notified Congress,” he continued, “that I would veto any legislation that weakens pro-life policy or that encourages the destruction of human life.”

“And above all,” Trump concluded, “we know that every human soul is divine and every human life, born and unborn, is made in the holy image of Almighty God.”