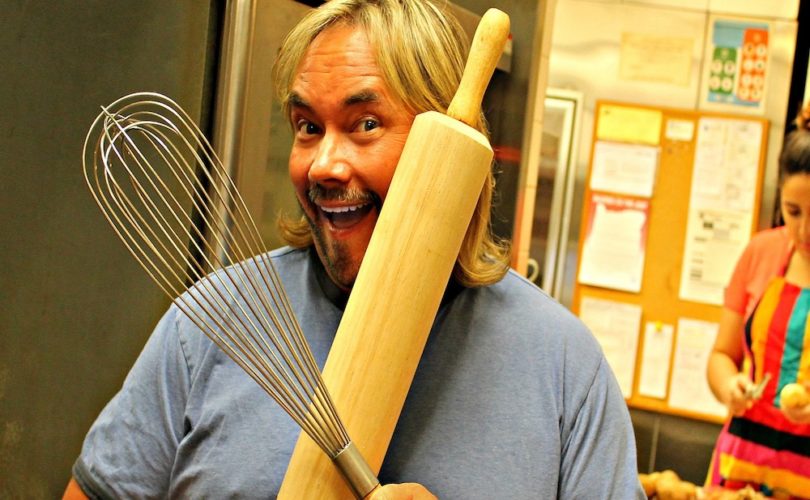 WASHINGTON, D.C. — A former leader in the reparative therapy movement has re-entered the public debate on the subject in a top-of-the-fold op-ed in one of Capitol Hill's most-read newspapers.

John Paulk, who used to be part of the socially conservative Focus on the Family and the ‘ex-gay’ ministry Exodus, published an op-ed June 19 criticizing the Texas Republican Party for supporting conversion therapy in its platform. He also criticized Texas Gov. Rick Perry for comparing same-sex attraction to alcoholism.

In his op-ed, Paulk says that he lived “a double-life” when working with Exodus, and has renounced his former attempts to convince homosexuals to not act on their same-sex attractions. He offered a formal apology in early 2013, and in his Politico piece says he has “no desire to get involved again in a national debate.”

Paulk's op-ed focuses heavily on how he went from being an open homosexual to a husband and father. (His ex-wife, Anne, is still involved in the reparative therapy movement.) He says he experienced emotional and spiritual pain because he “was in denial” about the truth of his homosexuality.

According to Paulk, he “was in utter torment” as he promoted reparative therapy. “I struggled off and on with addiction and wanting to take my life. I knew I was living on the inside as two people. I wanted to believe it was true so badly that not only did I lie to other people, I primarily lied to myself. I wanted my homosexuality to change, but the truth is: For all my public rhetoric, I was never one bit less gay.”

Paulk says the double life led to him feeling “in agony. I wasn’t easy to live with either. I was short with my children and took my anger and anxiety out on my devoted wife. I just couldn’t handle it anymore.”

“John Paulk's story is just that — his story.”

He describes the change that happened in 2011, when he “saw two men holding hands.” Paulk says he began to cry, and began to see a therapist. It was this experience, he says, that led him to “embrace what I had been all along.”

According to David Pruden, executive director of the National Association for Research and Therapy of Homosexuality (NARTH), “John Paulk's story is just that — his story” rather than a “universal template.”

“John Paulk certainly has the right to tell his own personal story,” Pruden told LifeSiteNews. “What is less useful is when he decides his story somehow represents a kind of 'universal template' that applies to all other people experiencing homosexual attractions. He used to be the 'poster boy' for the ex-gay movement. Now he returns to the spotlight as a self-selected (or media-selected) spokesperson for gays once again saying, 'This time I really do know the way, follow me.'”

“Each individual needs to write their own story and that may take them on a very different journey than the one Mr. Paulk is experiencing.”

Pruden noted that there is a difference between the psychological help and spiritual assistances that can be provided to homosexuals. NARTH, he says, “is not a religious ministry of any kind. It is an educational and research organizations that serves mental health professionals who are willing to assist individuals with unwanted homosexual attractions.”

“Religious ministries, like the one John Paulk was associated with are primarily concerned with helping people to live lives that are congruent with their religious faith and the standards / commandments of that faith. Other than depending on a spiritual healing, religious ministries generally lack both the intention and the necessary skills to help an individual diminish their homosexual attractions. So, people like John Paulk may well carry those attractions throughout a lifetime with little emotional relief. And, if you become a 'ministry star' where you speak, travel and write books about your journey out of homosexuality how do you tell someone that you are still hurting and really need assistance?”

It appears that Politico is supporting the position Paulk holds — his op-ed had no dissenting opinion to counter it, and Politico assistant editor Elizabeth Ralph wrote a brief analysis of conversion therapy that claimed that “the medical community … is in agreement: Conversion, or reparative, therapy not only does not work, it borders on the unethical.”

According to Ralph, “that hasn’t stopped various true believers from trying to ‘cure’ homosexuals anyway.”

Ralph's assessment was next to Paulk's op-ed in the online version. Politico did not return a request for comment.