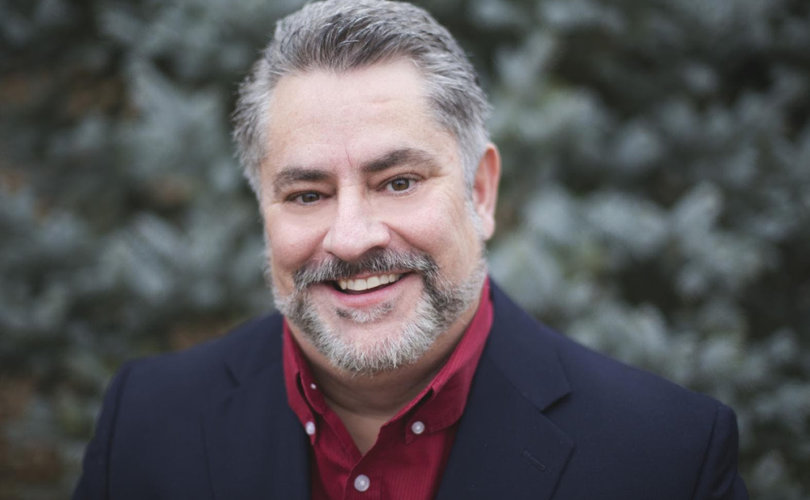 “If you have a loved one or friend who was caught up in the homosexual or transgender lifestyle, this is the conference for you,” AFT founder Peter LaBarbera told LifeSiteNews. “If you want to learn how to refute the lies of so-called 'Gay Christianity,' then come to this conference.”

The featured speaker is ex-gay author Stephen Black, who lived the gay lifestyle for eight years but since has repented. The conference is scheduled for Oct. 20-21 at Grace for Life Bible Church in Naperville.

Black is also the author of a forthcoming book, “Freedom Realized”, and board chairman of Restored Hope Network, the largest umbrella group of ex-gay Christian ministries. He served as chairman of the Ministry Council of Exodus International, which later collapsed after other leaders rejected the organization's mission to heal homosexuals. Restored Hope Network was formed in the wake of Exodus International's collapse.

Black's story is a testimony to both the power of Jesus’ love and that homosexuality is curable.

“Our keynote speaker, Stephen Black, is living proof that homosexuality is not 'who you are' or how you were born but a lifestyle that can be overcome through the grace of Christ,” LaBarbera, who also writes for LifeSiteNews, said.

“I am so excited that Americans for Truth can give voice to people like Stephen who testify to God's power to change people caught up in sin, even politically correct sins like homosexuality.”

Molested and bullied as a boy, Black came to believe that he was “gay.” Still unhappy after eight years of the gay lifestyle, Black ultimately found salvation through Christ, walked away from homosexual sin, married a wonderful woman and had children (he's a grandfather now, too).

He has now lived 35 happy years free of the despair and agony of homosexuality.

His book, “Freedom Realized: Finding Freedom from Homosexuality & Living a Life Free from Labels“, testifies to the truth, ignored by the media, that many men and women have found freedom from homosexuality through Jesus Christ.

“Stephen’s powerful testimony and bold defense of biblical truth is a rebuke to the timidity and shallow, defensive thinking on homosexual sin that pervades the evangelical church today,” LaBarbera wrote.

Shick will speak at the “Teach-In” on the second day of the conference on October 21. Help 4 Families is a Christian ministry that helps families understand the emotional and spiritual issues that they face when a loved one is gender confused.

When Shick was only nine, her father told her he wanted to become a “woman.” He told her to keep it a secret from her own mother. You can read more of her deeply moving story here.

Shick is the author of three books dealing with “transgender” issues, including “My Daddy’s Secret”, “When Hope Seems Lost”, “Understanding Gender Confusion — A Faith Based Perspective”, and other publications.

She has published articles in The Federalist, American Thinker, The Daily Signal, and Barbwire. She serves on the testimonial council with the International Children’s Right Institute.

“If you are sick of the media's lies about the LGBTQ movement, then this conference is the antidote,” LaBarbera concluded.

The conference begins with a banquet on Friday, October 20, at 6 p.m., with Black as the keynote speaker. The conference continues the following day with a “Teach-In” at 9 a.m. A casual lunch will be served, at which attendees may meet the presenters. The conference ends with Black, Shick, and Diane Gramley of American Family Association of Pennsylvania in Q&A sessions Saturday afternoon.

Grace for Life Bible Church in Naperville is just west of Chicago at 78201 S. River Road (the corner of River Road and Aurora Avenue).

Conference registration and meals are $25 per person. A table of 10 at Friday's banquet is available for $250. For more information, visit Americans for Truth about Homosexuality.

1
Jewish groups decry end of Roe and call abortion restrictions a violation of their religious freedom
2
Police arrest Freedom Convoy leader Tamara Lich yet again
3
New Mexico promises to be safe haven for out-of-state abortionists
4
The end of Roe threatens a lifestyle, and that’s why pro-abortion backlash is so fierce
5
These pro-abortion moms illustrate the horrors of the culture of death
Subscribe to Daily Headlines »