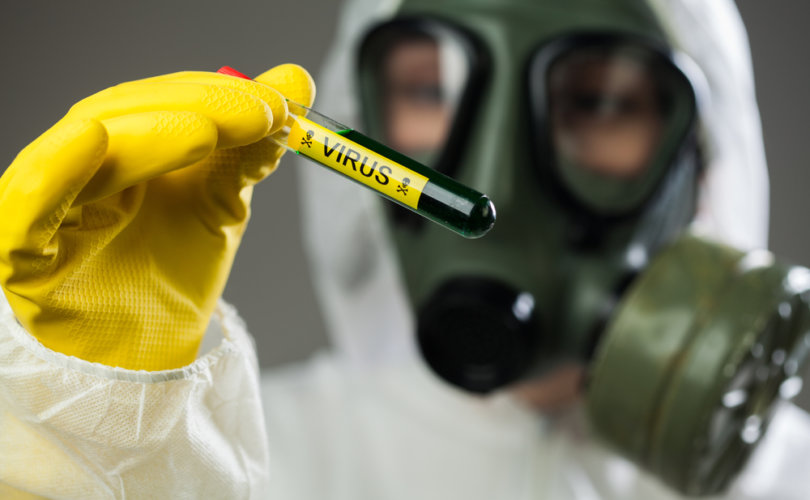 UNITED STATES, February 2, 2021 (LifeSiteNews) – A former Navy surgeon who studied bioweapons says there is evidence that the Wuhan coronavirus represents the next stage in military evolution, which veils not only the assailants but even the perception that an actual attack is occurring.

Dr. Lee Merritt, former president of the Association of American Physicians and Surgeons who currently practices orthopaedic surgery and anti-aging medicine in Omaha, Nebraska, stated in a Jan. 14 interview with New American that she believes “we are at war.”

“We’re in an unconventional, unrestricted war, the kind that the military Chinese generals talked about 30 years ago,” she said. Though Dr. Merritt emphasized that she didn’t believe these attacks were just coming from China, she did say that,  in her opinion, the CCP provides “the proximate militarization” of this attack.

“Warfare has changed over time,” she explained. “We started just hitting each other over (the head) with clubs and then we went to set-piece battles, and then we as Americans kind of pioneered guerilla warfare, shooting (from) behind trees, and the British thought that was unsportsmanlike.”

“But in our lifetime,” she claimed, warfare has evolved to what she calls “military conflict 4.0” when the U.S. was fighting ISIS or Al-Qaeda, “and you knew who maybe the enemy was… because they appeared like a standing army … but you really were not 100% sure who the enemy was because you didn’t know who was funding them, who was sending them weapons, who was really doing the training.”

Merritt, who also served on the board of the Arizona Medical Association, speculated that the next step is something she called, “warfare 5.0” which utilized “a weapon that was so stealth that not only did you not know who the enemy was, you didn’t even know you were being attacked,” as it “looked like nature.”

Distributing weapons is often a great challenge in warfare, she suggested. “When we came into the nuclear age, we could not easily distribute nuclear weapons. We had to drop them (from planes) onto the Japanese cities.” The difficult part of military engineering, she said, is the development of “the guidance missile.”

This is also the case with bioweapons, including anthrax which is very difficult to distribute, she said.

“So, let’s make a missile,” said the surgeon, “and the missile is coronavirus, which is a… highly transmissible, very small particle virus. It can’t be masked away no matter what the propaganda is, you can’t hide from it behind a plastic little screen… It’s just incredibly transmissible, but it is (also) very benign.”

Now add to this “missile,” Merritt opined, “basically, the warhead. And the warhead is a little protein that they tacked on, that attaches to your ACE2 pathways.” These proteins can then get into one’s heart and lungs, and “it can kill you.”

Those behind this warfare have used this weapon “to create fear, and fear is an incredible psychological manipulator of populations,” she said. “They’ve taken down our economy, they’re taking down a generation of our children with these stupid masks, they’re damaging us in all sorts of ways, and it is a psyop at this point.”

The good news, Merritt says, is that COVID-19 is “not that all deadly,” and secondly, “we actually have a treatment for this that works extremely well. In spite of all the propaganda, and the attempts to falsify the medical literature, which they have gotten caught at, and the attempts to just dismiss anything they don’t agree with, we have treatment for it, and it really does work.”

The treatment she referrers to is hydroxychloroquine (HCQ) and ivermectin, which she recommends everyone should have on hand.

Merritt believes this treatment has been hidden from the public, because a “$69 billion vaccine industry goes to zero if you have an effective treatment for all of these viral airborne diseases.”

And, secondly, she states the terrorism effect of these weapons and policies would be neutralized by safe, inexpensive and effective treatments.

“If we are in biowarfare right now—as a part of this multidimensional warfare—if you have a treatment in your back pocket, they cannot terrorize you with … viruses,” she said.

Merritt also explained that the virus and mRNA vaccines, which she calls “experimental biologics,” can serve as “a perfect binary weapon.”

This new technology, she explains, is “like a computer program that tells your body to do certain things.”

The caution, however, is there “is no way I know exactly what that mRNA is programmed to (do) … The doctors can’t get at that data,” she said. The ones who know are, “the guys at the very top of this project.”

“So, if I were China, and I wanted to take down our military, that’s easy…. I make the mRNA … into something that doesn’t exist in nature, and then two years later I release the (pathogen compatible with the mRNA) and it causes this immune enhancement death. So, it is a delayed death. That is what binary poisons are. They’re delayed. I give you part one, then I can walk away, and then you accidentally get in contact with part two and die. And you can’t trace it to me,” Merritt explained.

The good news, she says, is that so long as they use a coronavirus for their “missile,” therapies like hydroxychloroquine (HCQ) and ivermectin should be effective.

She also encouraged all to become active and “ensure your governors are not impeding HCQ or ivermectin in any way.”

Nursing home authorities, she said, should be prophylaxing their residents with these inexpensive treatments. “We could be saving lives for $5 a week.”

“So, that’s my big overall view on this thing, and I do think it is a part of a takedown of America,” she said.