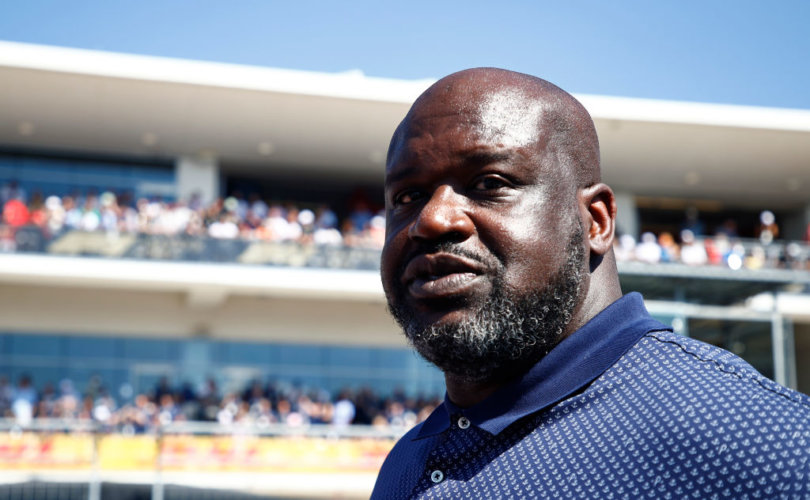 “[T]here’s still some people that don’t wanna take it,” the former NBA center who is known by “Shaq,” said on the February 3 episode of his podcast. “And you shouldn’t … have to be forced to take something you don’t want.”

O’Neal often led the league in points scored and won Most Valuable Player titles for the season, All-Star Game, and NBA Finals.

“That’s forced,” Shaq said. He kept reminding Turner that a mandate is forced.

“It is forced, because if the man don’t take it, the man gonna get fired,” Shaq said. Turner also ignored the Biden administration’s vaccine mandates, like the one covering health facilities receiving Medicaid and Medicare dollars.

Shaq comes out against vaccine mandates on his podcast. I have gained so much respect for many different people in public positions who have had the courage to stand up for individual freedoms despite all the pressures against doing so. pic.twitter.com/Uig6Rz7q1D

American troops are also being pushed out of the military for refusing to get jabbed, and businesses including the Hershey Company and T-Mobile are firing workers for not getting the abortion-tainted vaccine.

The former Los Angeles Lakers and Miami Heat player has previously accused current Brooklyn Nets point guard Kyrie Irving of selfishness for choosing not to get jabbed. Irving is not allowed to practice or play with his team for home games, due to New York City’s vaccine passport requirement.

Irving and fellow NBA player Jonathan Isaac have been vocal about their decision not to get jabbed.

“Seeing the way that this [issue] is dividing our world up, being vaccinated or being unvaccinated, it’s just sad to see,” Irving said in October 2021. “This is not normal, what’s going on here is not normal … you have to put your livelihood on the line [because of] a mandate that you don’t necessarily agree with.”

“I have nothing but the utmost respect for every healthcare worker and person across the world who have worked tirelessly … I am grateful I live in a society where vaccines are possible,” Isaac said on September 27, 2021, “but with that being said, it is my belief that the vaccine status of every person should be their own choice, without bullying, being pressured, or being forced.”

The Orlando Magic player also said he rejects Marxist Black Lives Matter movement because it conflicts with his Christian faith. Isaac gained notoriety when he refused to kneel during the National Anthem.

“Christ is the answer for the problems that we see in the world and until we can humble ourselves and reckon with that, we won’t see real change,” Isaac said at the National Conservativism Conference in November.

Both Irving and Isaac, as young males, have more to fear from the COVID shots than from the virus itself.

Dr. Doran Fink with the Food and Drug Administration (FDA) said during a September 2021 vaccine safety committee meeting that men under 40 are at greater risk of hospitalization from COVID shots than the virus.

Fink has worked on vaccines in a variety of roles for the FDA since 2010 and teaches pediatric medicine at George Washington University.