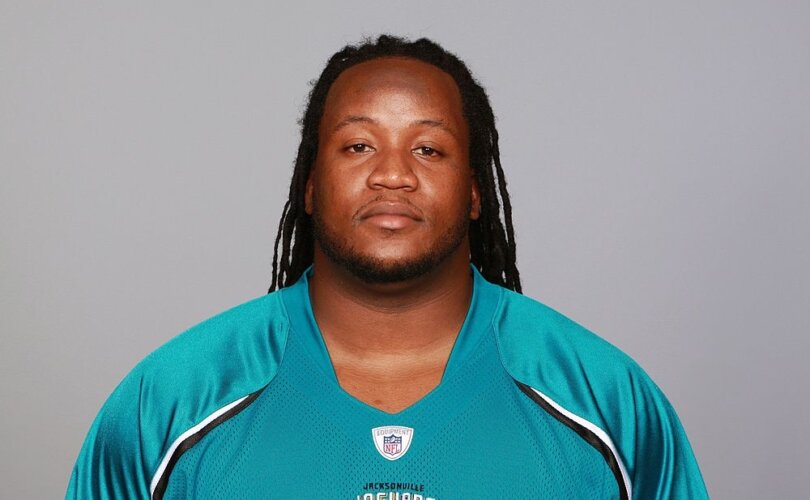 (LifeSiteNews) — A professional football player who argued that refusing COVID jabs should be illegal has died suddenly.

38-year-old Uche Nwaneri, who played for the Jacksonville Jaguars in the National Football League (NFL) and called for the imprisonment of those who refused to take the COVID-19 vaccines, was found dead in his wife’s home in Lafayette, Indiana on December 30.

Nwaneri was found “unresponsive in a bedroom” by his wife at “about 1 a.m. Friday,” according to a local news report. An initial autopsy report “indicated there were no signs of foul play” and that “preliminary results indicate a possible heart attack, pending toxicology results.”

The athlete played college football at Purdue University before spending seven seasons as an offensive lineman in the NFL. During the COVID-19 pandemic, Nwaneri advocated for vaccine mandates, exaggerating the danger of COVID-19 for children and suggesting that those who refused the shots should be thrown in jail.

“Ok so let’s get these vaccine mandates and vaccine passports up and running ASAP,” the football player said in a September 2021 Twitter post. “We seeing children DIE daily from the unvaccinated selfishness. Pregnant women at risk too. PROTECT LIFE. MANDATE THE VACCINE. Jail anyone who refuses, to protect LIFE.”

Ok so lets get these vaccine mandates and Vaccine passports up and running ASAP. We seeing children DIE daily from the unvaccinated selfishness. Pregnant women at risk too. PROTECT LIFE. MANDATE THE VACCINE. Jail anyone who refuses, to protect LIFE

Nwaneri also criticized pro-lifers for responding to mask recommendations with the pro-abortion slogan “my body, my choice,” expressing his view that protecting the unborn is “a bunch of men” controlling women’s bodies.

It’s crazy to me a bunch of men literally tell a woman what she cant and cant do with her own body, yet you ask them same MFers to put a mask on and they literally say, “My body, my choice.” The irony is beyond anything I ever seen.

Nwaneri’s death is the latest in an alarming trend of sudden deaths among athletes, coinciding with the rollout of the COVID vaccines and raising suspicion that the shots led to heart failure among young athletes. In April 2022, Dr. Joseph Mercola pointed out that over 700 athletes “collapsed on the field during a game from March 2021 to March 2022.” The average age of those who experienced heart-related trauma was 23.

In September, an English former professional soccer player criticized the lack of attention being given to the rise in deaths among athletes since the vaccines were released. Shortly after, LifeSiteNews highlighted a video which described “1,000 Athletes Collapsing, Dying, Heart Problems, Blood Clots” between March 2021 and June 2022.

Similarly, a surge in Sudden Adult Death Syndrome (SADS) over the past two years has led many to question the role of the shots in the unexpected deaths of healthy adults.