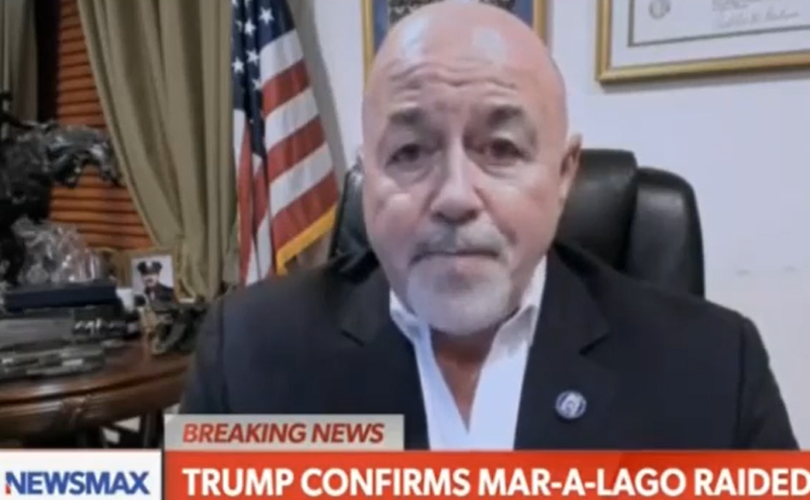 In an interview with Newsmax TV, Bernard Kerik, who served as commissioner from 2000 to 2001, expressed grave concern that the leftist establishment may soon attempt to assassinate Trump.

“If you remember back in 2016, right before he got elected, I was in Washington, DC. I was at a couple of different social events, and I hear people talking, they said the Democrats want this guy so bad that they wouldn’t put assassination behind it,” he shared with host Eric Bolling.

“This is about one thing: This is about stopping him from running in 2024. And I’m going to tell you something, I’m not into conspiracies, I’m not into anti-government rhetoric. This is the first time in my lifetime that I would say I am deathly afraid for Donald Trump. I would not put assassination behind these people,” the former commissioner added.

Kerik, who is also a New York Times best-selling author, issued the same warning in a tweet the day before.

“And just like in other Third World countries, if today’s raid by Biden’s FBI does not stop Donald Trump from running for president in 2024, their next move will be Assassination,” he wrote.

And just like in other Third World countries, if today’s raid by Biden’s FBI does not stop Donald Trump from running for president in 2024, their next move will be Assassination. https://t.co/lfdmpsgPNR

The former police chief was responding to a statement by Richard Grenell, who served as acting director of national intelligence in the Trump administration.

“Third World dictators prosecute their political enemies,” Grenell tweeted. “JoeBiden has weaponized the US government for his political purposes.

Third World dictators prosecute their political enemies. @JoeBiden has weaponized the US government for his political purposes.

In a tweet just minutes earlier, Kerik pledged, “I stand with President Donald J. Trump. Not because he was the President of the United States, but because this is tyranny. There is no greater threat to our Republic than a government that breaks its own laws, to deprive its citizens of liberty and freedom. #BananaRepublic.”

Not because he was the President of the United States, but because this is tyranny.

There is no greater threat to our Republic than a government that breaks its own laws, to deprive its citizens of liberty and freedom. #BananaRepublic

“These are dark times for our Nation,” the 45th president announced at the time, reporting that his home was “under siege, raided, and occupied by a large group of FBI agents.”

“Nothing like this has ever happened to a President of the United States before,” he wrote.

On Thursday, Biden administration attorney general Merrick Garland said he personally gave the go-ahead for the FBI raid that stunned the nation. “The search warrant was authorized by a federal court upon the required finding of probable cause,” he said at the time, stopping short of explaining how probable cause was determined.

Signing off on the warrant was magistrate Judge Bruce Reinhart, who previously worked as a federal prosecutor and later as a defense attorney representing individuals connected with convicted high-profile sex offender and trafficker Jeffrey Epstein.

The FBI seized many boxes of documents and personal items of Trump, including records of the “Executive Grant of Clemency re: Roger Jason Stone Jr.,” “Info re: President of France,” two binders of photos, and a “handwritten note.”

In response, Trump spokesman Taylor Budowich described the event as “outrageous,” and said the “raid of President Trump’s home was not just unprecedented, but unnecessary – and they are leaking lies and innuendos to try to explain away the weaponization of government against their dominant political opponent.”

Earlier Friday, the former president mocked claims in The Washington Post that he was harboring “classified documents relating to nuclear weapons,” stating that the rumors are “a Hoax.”

Naomi Wolf: We are at the final stage before tyrannical leaders ‘crush democracy’