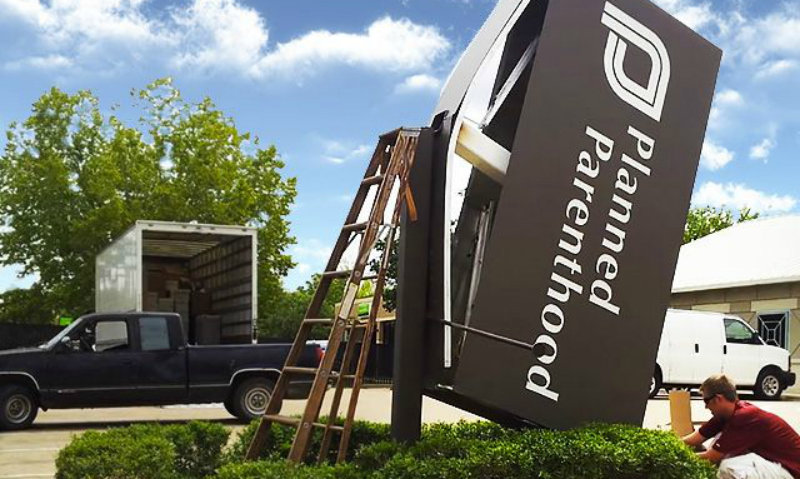 The facility is now aptly named, “Hope.” It celebrated its grand opening earlier this month.

Last year, Hope Pregnancy Center, an affiliate of CareNet, and 40 Days for Life acquired the building where former Planned Parenthood staffer Abby Johnson worked for eight years, before her dramatic conversion to the pro-life cause after encountering members of 40 Days for Life.

In fact, this is the same “clinic” where 40 Days for Life began in 2004, with its first prayer vigil, before becoming a global pro-life movement in 559 cities across all 50 states and 27 countries with more than 625,000 participants.

“This news shows what God can accomplish when His people pray,” Shawn Carney of 40 Days for Life said. “What was once a place of death and despair is now going to be a place of life and hope.”

Carney said 40 Days for Life will use their space in the building to grow the pro-life vigil movement “to help other cities become abortion-free.”

Tracy Frank, Executive Director of Hope Pregnancy Centers of Brazos Valley, told LifeSiteNews, “For over 15 years, we have prayed that God would remove the Planned Parenthood abortion clinic and give it to us. To many, it sounded like a prayer too big to believe, but God did indeed answer that prayer!”

Hope Pregnancy Center, which is the majority owner of the building, cares for women, offering pregnancy testing, STD testing, ultrasounds, counseling, medical information – all completely free, with ultrasounds performed by a full-time registered nurse under the supervision of a licensed physician.

“It was a year long process,” said Frank, ” and like many major initiatives, we gave it a code name: 'The Joshua Project.' When God commanded Joshua to take the land he said, 'Have I not commanded you? Be strong and courageous. Do not be terrified, do not be discouraged, for the Lord your God will be with you wherever you go.'”

Frank explained that after buying the building in October 2014, a lot of work still needed to be done. “After the acquisition, it took another year to remodel the building and prepare it to receive clients,” she said.

“So many times, God has shown Himself faithful. We went into the 'new land,' defeated 'giants' and claimed what He had given to us.”

Frank noted that the costs were high for purchasing the building and renovating it, and asked for pro-lifers across America to pray. “Please pray for us, for God's protection and provision,” she said. “We would like to clear the remaining debt on the building, $261,000, so we can be focused on doing God's work, God's way.”