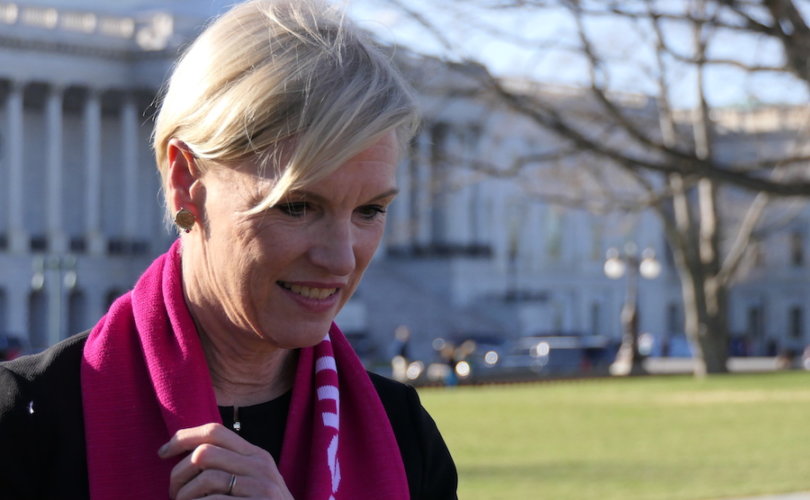 Called Supermajority, the new group “will be a place to stay informed, take meaningful action, and connect with other women activists—newcomers and veterans alike,” Richards announced Monday.

I’m so excited to introduce you to @supermajority → a new home for women’s activism.

Supermajority will be a place to stay informed, take meaningful action, and connect with other women activists—newcomers and veterans alike. Join us: https://t.co/N5YZMtJ2d4 https://t.co/tisdB7G0nn

The group’s website bills Supermajority as a “one-stop shop for advocacy, community building, and electoral participation aimed at transforming our country and building an intergenerational, multiracial movement for women’s equity” via online resources and on-the-ground activist training.

Supermajority claims to believe in the “humanity, dignity, and equality of all people” and the “basic human needs of all people, including universal health care, public education, a living wage, a clean environment, and affordable housing.” It does not explicitly reference abortion, but alludes to the “right of every person to decide whether and when to have children.”

“Women are mad as hell and we’ve been in resistance mode for two years,” Garza told the Associated Press. “Now it’s time to equip people.”

The group’s founders explained to BuzzFeed that their mission of establishing a “women’s New Deal for gender equality” would begin with a summer “listening tour” to hear the priorities of women across the country, which will help finalize its agenda. Whether Supermajority will endorse a Democrat primary candidate was unknown, but it has a goal of training 2 million new female activists.

Richards’ old organization Planned Parenthood, which already spends heavily to influence elections, sees Supermajority as a “new partner” in pro-abortion advocacy, Richards’ successor Leana Wen said. “Alongside the entire Planned Parenthood family, I am thrilled about the launch of Supermajority, which builds upon the work of so many powerful women leaders and women’s rights advocates across the country,” she declared.

In response to the news, Townhall’s Katie Yoder took issue with Supermajority’s claim to represent the values and interests of the majority of American women, noting that men and women are equally pro-life and 72% of millennial women favor some sort of abortion restriction, and that half of abortion’s victims are female.

Nevertheless, the 2020 election will have broad ramifications for the U.S. abortion debate, deciding whether President Donald Trump will be given four more years of appointing judges and signing pro-life legislation, or whether one of numerous pro-abortion Democrats will replace him. 2020 will also decide whether the president continues to work with a divided Congress or one united for or against abortion.