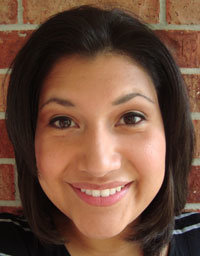 July 16, 2015 (LifeSiteNews) — Following God's plan for your life isn't always a cakewalk, even once you've come to realize what He wants for you. Still, former Planned Parenthood manager Ramona Treviño found the strength to make a leap of faith four years ago and walk away from her job with the abortion behemoth into the unknown.

Treviño says she just wants to serve God and do honest work, so when she quit her job in 2011 without another one to replace it, it was an act of trust – something she and her family continue to practice to this day.

Her abandonment of self to God's protection has led her to share her personal story in a book with the hope of not only glorifying the Lord, but also opening people's eyes to the truth about Planned Parenthood.

“I want people to understand that the negative stories we hear about this organization are not isolated incidences that happen at some Planned Parenthood locations.”

“I want people to see and understand how Planned Parenthood is truly in the business of abortion,” Treviño told LifeSiteNews. “I want people to understand that the negative stories we hear about this organization are not isolated incidences that happen at some Planned Parenthood locations. This is not an organization who cares about women, but rather an organization that exploits women for money and uses the guise of 'safe sex' and 'reproductive health' to deceive.”

“Redeemed by Grace: A Catholic Woman's Journey to Planned Parenthood and Back” was published earlier this year, chronicling Treviño's journey away from the culture of death and back toward God. The book tells how it is God's mercy, personified by pro-life prayers and support, that saved her.

“What's really important is that this is a story of God's grace,” Treviño said.

Coming in the door, she'd fallen for the classic myth that she'd be helping women at Planned Parenthood. “I was personally pro-life, but didn't want to judge.” And since she had been contracepting herself, she didn't think much about it at first when it came to doling out birth control for the abortion business.

Additionally, her Planned Parenthood location didn't actually perform abortions, enabling her to rationalize her work in the beginning with a degree of separation between her and wherever the abortions were taking place.

But Treviño cried when she had to refer someone for an abortion the first time.

“I became very numb,” she stated. She would eventually be scolded by Planned Parenthood for referring clients instead to crisis pregnancy centers.

Disturbing images of young girls who came to the facility are embedded in Treviño's mind – girls the same age as her own young daughter, girls with multiple sexual partners and recurrent STDs, some giving the appearance of being involved with abusive older men.

“It just seemed wrong to give them birth control,” she told LifeSiteNews, “when the problem was much deeper, something birth control was not going to solve.”

It's all about the money, she said. “Planned Parenthood doesn't care about women.”

The 40 Days for Life vigil at the Sherman, TX Planned Parenthood, taking place for the first time that year, happened in the right place and time for Treviño, who had been undergoing a marked spiritual battle over her employment.

Treviño walked up to the only person, a woman, who was outside her building for 40 Days for Life at that moment.

“I basically just introduced myself and asked her to pray for me,” recalled Treviño. “I remember she gave me a big hug and she prayed for me right then and there.”

The pro-life community kept in contact and offered Treviño support from that time on, showing Treviño that she “had a place to leap to.” She would find her way through a couple of other jobs that weren't quite right after leaving the abortion business.

“I knew God was calling me to something else, but I didn't know what.”

“I knew God was calling me to something else, but I didn't know what,” she recollected.

Treviño and her family would eventually discern that she should be home with her children, despite the financial step backward. The time ahead was the rest of her leap of faith playing out, the family trusting that they would get by without her working.

Requests for her to tell her story led to speaking engagements and, ultimately, people asking Treviño to share her story in a book.

She prayed about it for several months before diving in and co-authoring the manuscript with writer Roxane Salonen, something she now calls an amazing journey.

While it's clear to Treviño that the Holy Spirit has been at work all throughout how the book came to be written and published, she emphasizes that “happily ever after” still means consciously placing her trust in God each day.

She stays focused on fighting the cultural battle that her faith journey has prepared her for, especially urgent for her as a mother of four, ages four months to 20.

“My greatest hope is that my children will not look to the 'world' to define who they are,” stated Treviño. “They will not depend on the 'world' for anything, but rather learn to depend solely on God.”

She dreams as well for her children to be able to stand before God one day and say they were a voice for the defenseless. “My hope is that my children will always be courageous and fearless in the face of injustice and will never be ashamed to speak for, defend, or protect human life in all its stages.”

Treviño also would like to pass on to her kids the important lesson she garnered from her path in life to and from Planned Parenthood.

“I want them to also learn the meaning of forgiveness,” she told LifeSiteNews. “I've been through a lot in my life – not just what I experienced at PP, but in my past. I want them to learn from that and know that we are never truly free until we learn to forgive others and ourselves.”

Treviño wants people to know, too, that it is possible to spread a message of hope. They shouldn't give up the hope that hearts and minds can be converted by the grace of God.

She stressed importantly that sidewalk counseling works in saving lives, with both men and abortion-vulnerable women, and also with abortion employees.

“Sidewalk counselors are not only there to pray and be a public witness, but to really and truly help those in need,” said Treviño. “These are people who can offer real help for anyone who will open their hearts to them.”

“Redeemed by Grace” is available from Ignatius Press, at Amazon.com, and in local bookstores. A Spanish translation is in the works as well.