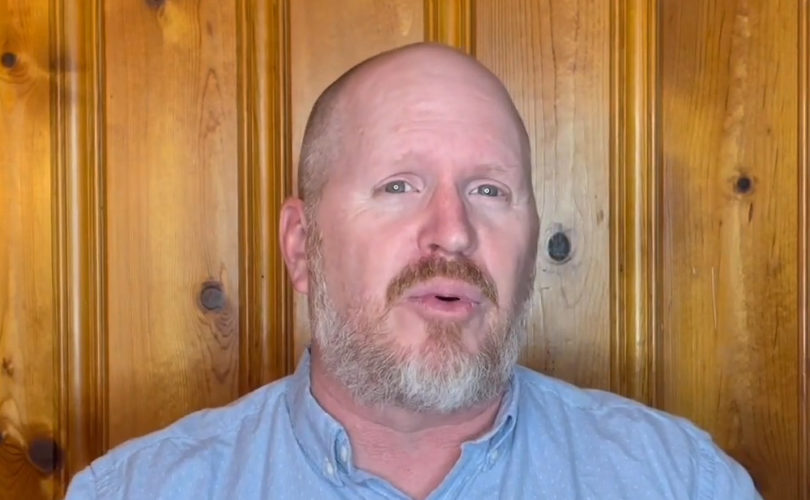 OTTAWA, Ontario, May 17, 2021 (LifeSiteNews) — A former atheist turned pro-life activist says that when it comes to talking about abortion, “saying nothing is not an option,” urging that one should always speak the “truth” when dialoguing with someone to try to change their mind about the killing of unborn babies in the womb.

“Saying nothing [about abortion] is not an option, so if we must say something, let’s do the best that we can to say that something as well as we can,” said Jay Watts, founder and president of Merely Human Ministries, Inc. Watts was one of the speakers at the 2021 Canadian March for Life Youth Conference, which was held online last Friday.

“We may not have to see it all the time … but it’s real, it is a great moral crime, and we cannot be quiet in the face of it,” he said.

Watts talk centered around pro-life “apologetics” or having “conversations so that you can defend the value of human life even if all you have is a couple of minutes.”

He added that while “saying nothing is the easiest thing you can do,” people need to learn to equip themselves to be able to speak about the horrors of abortion.

“I desperately want us to win people with good arguments. It’s not always possible, but to the best that we can, we need to win people over to our view, not just so that we can win and get the laws that we want passed and enacted, but so that we can have a society that treats all of its members better, and deeply considers our obligations and duties to one another,” said Watts.

Watts grew up in the south of the United States and said that he was an atheist throughout college, “outspokenly pro-choice for a long time.”

Watts noted that while he was an “anti-Christian” at one point, one of the first things he noticed when he became a Christian was that everyone was pro-life, while he still remained pro-abortion.

He said he prayed to God, “I will do whatever you wany, I am yours,” so long as he would “never” have to talk about abortion again. “I had to become convinced, through and through, that abortion was wrong. It took a long time to get to a place where I realize that the unborn are one of us,” said Watts.

Watts explained that becoming a Christian was easier than converting to a pro-life view. “That transition was rough and hard, and it broke me,” noted Watts, adding that the issue of abortion is so intense that feelings can’t get in the way of getting the truth to people.

He encouraged viewers to “engage the abortion dialogue to help people have more comfortable conversations about abortion.”

“The unborn are members of the human family,” emphasized Watts.

He said the first thing to do when speaking to someone who may be pro-abortion is to ask them, “What is the unborn?”

“This way,” said Watts, one can “find out what people think this means,” adding that sometimes people just assume that an unborn child is “not like us, not one of us.”

Watts added when discussing abortion with someone who supports it, it’s best to state clearly that abortion is “wrong,” making this “a discussion about what is right and wrong.”

“It is a human life, alive and distinct from their mother and father. Every human life has a right to live,” said Watts.

In the Q&A session following his talk, Watts said that if someone does not believe in objective moral value, then there is no reason to talk to them at all about abortion, going on to state they might not “really believe” this point.

The 2021 Canadian March for Life Youth Conference was titled “I Am With You,” and was hosted by Campaign Life Coalition (CLC) Youth and Niagara Region Right to Life, taking place on Friday, May 14, a day after the in-person rally and march on Parliament Hill.

On Thursday, pro-life Canadians marched in the nation’s capital to peacefully protest government-sanctioned abortion on demand and euthanasia in the 2021 Canadian National March for Life.

The march saw around a thousand people march to demand “legal protection for every human being from conception to natural death.”

According to CLC, every day in Canada, almost “300 Canadian women undergo an abortion, in which a baby is killed before birth through surgical or chemical means,” adding that on any given day more than “15 vulnerable Canadians are killed by euthanasia or assisted suicide.”