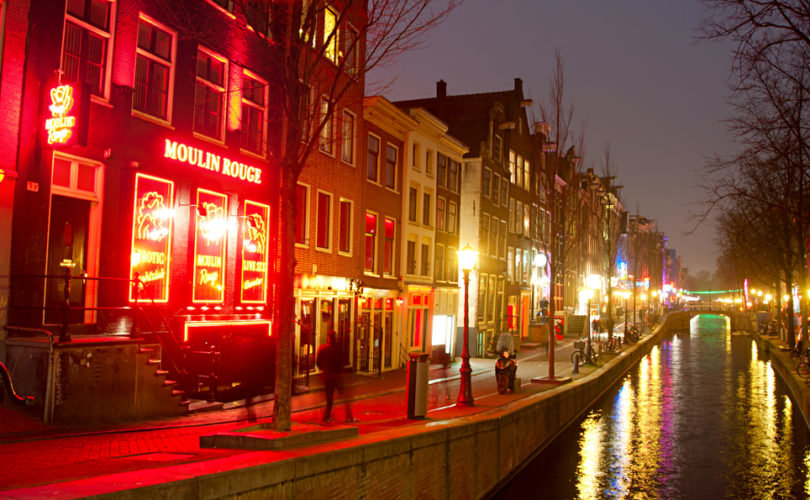 It was Bedford, a specialist in sexual domination, whose constitutional challenge got Canada's former prostitution law thrown out. She made her threat while testifying before the Senate committee looking at the proposed replacement, Bill C-36, which would make hiring a prostitute illegal, but not being one.

To make her point that the new bill would open clients up to blackmail by sex workers, she threatened MPs and senators who hired sex workers with exposure unless they voted down Bill C-36.

“If this law passes I’m going to make you guys forget about Mike Duffy [the Conservative Senator accused of misspending his expense account], because I’ve got more information and more proof on politicians in this country than you can shake a stick at, I promise,” she said, slapping the table in front of her with what the National Post reported to be a riding crop.

But Ms. Bedford’s object lesson may be a crime twice over: Section 346 of the Criminal Code says, “Every one commits extortion who, without reasonable justification or excuse and with intent to obtain anything, by threats, accusations, menaces or violence induces or attempts to induce any person, whether or not he is the person threatened, accused or menaced or to whom violence is shown, to do anything or cause anything to be done.”

Bedford was ejected by security guards after her threat, ostensibly because her time was up. A veritable chill has since descended on Parliament. Neither the Conservative whip, nor caucus president, nor several Tory MPs would comment. Nor would two law professors at the University of Ottawa, nor several conservative interest groups.

Bedford herself is commenting, however, on a website usually used by sex-clients to review the services they have received. And dozens of Canadians are adding their thoughts, many claiming to be active sex workers themselves.

On the site, Bedford calls Bill C-36 “of course, an outrage,” describes her ejection from the senate committee hearing, then adds, “One of the things I said, which also got much attention, was that I would expose some clients of sex workers. Everyone thought I meant politicians who supported C-36.” Which she coyly did not, then, contradict.

Bedford did explain that “one reason for exposing some clients is to show how unfair [Bill C-36] is when sex workers can report clients to the police and only the client is charged. This means, it would seem, that blackmail and entrapment have largely been legalized.”

Another reason, she stated “is to show the hypocrisy of those who want to impose their will on others while themselves engaging in the very behaviour they want to others to stop.”

A third reason is to raise public awareness about the danger the bill posed to the safety of sex workers, but she did not explain this.

Before she acted on her threat, however, she was asking sex workers to comment.

Their response on the website so far: most thought “outing” parliamentarians who supported the bill was a good idea, but, as for exposing any other clients, this would be bad for business and hurt the “innocent.” Typical of the former was “krazyplayer,” who commented, “If a client in the government votes to criminalize other clients (who aren't him) he should damn well be outed! The hypocrisy is palpable. Why should a CON MP or senator be spared the wrath they have thrown onto us?”

More cautious was “SexyLacy” who declared, “My first reaction is hell no! part of being an SP is having discretion – I take that pretty serious and would not jeopardize my clients like that. I wouldn't like it if I was outed to the masses so why would I do that to anyone else.. especially someone who pays for my services.”

Interestingly, two social conservative bloggers, Suzanne Fortin of Big Blue Wave and Paul Tuns of Sobering Thoughts, said they would be happy to see MPs “exposed” for their use of prostitutes. Tuns, also editor of Interim magazine, added, “I'd like to see the list expanded to include journalists,” claiming that Bedford “has always received favourable media treatment.”