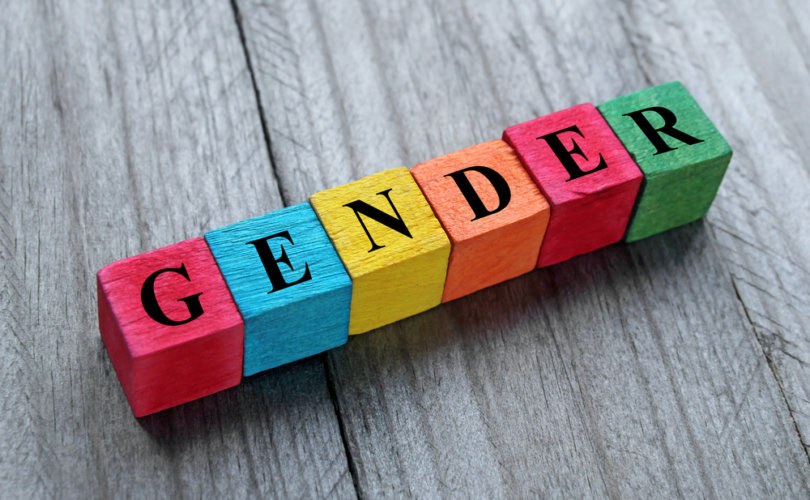 March 18, 2019 (LifeSiteNews) – Indulging gender confusion at an early age tends to exacerbate emotional problems rather than alleviate them, and now a group of young women is working to raise awareness of their experiences as teenagers who thought they were men.

The Pique Resilience Project (PRP) is a group of four “detransitioned and desisted women” between the ages of 20 and 22, “with the goal of sharing our stories and providing information on detransition, as well as support for those who may be questioning their gender or identity,” according to the group’s website.

They all attribute their experience at least in part to Rapid-Onset Gender Dysphoria (ROGD), the phenomenon Brown University behavioral scientist Lisa Littman detailed last summer in a controversial paper.

After finding that 87 percent of the teens she reviewed belonged to a friend group characterized by some degree of “social influence” on gender and and that 63 percent of the teens had been diagnosed with at least one mental health disorder or neurodevelopmental disability before deciding they were a different gender, Littman coined RODG to denote transitioning as part of an effort to conform to one’s social circle, rather than hitting upon a more “authentic” version of one’s self.

On Friday, National Review published an audio interview with the PRP, who were in New York City for the launch of the Declaration on Women's Sex-Based Rights.

The young women reveal they were all socially isolated as teens, and began questioning their genders after exposure to the idea via online communities seemed to offer an answer to dissatisfaction with their lives they were feeling from other sources.

“As a teenager, I was really involved in online activism and the rise of what people now call social justice warriors,” Jesse said. “I thought that was a very righteous cause to be a part of as a young person. So that eventually lead to me adopting more and more facets of gender ideology into how I perceived myself and others in the world.”

Chiara had a similar experience, explaining that she “was living online basically at the time” and “sort of living in this alternate universe sort of persona in which I was a man.”

“It was very much a desperate thing for me. I wanted it right now,” she recalled, admitting she wasn’t “looking forward to the future. It was all about, ‘if I don’t transition, I’m gonna die.’”

Helena explained that once she turned 18 she was able to obtain hormone treatments at an unidentified “informed-consent clinic” that required no medical assessment, therapy, or professional recommendation of any kind, only a half-hour meeting and an information packet about potential risks such as stroke and cholesterol she compared to a phone contract. “It wasn’t a conversation,” she recalled.

Helena took testosterone for 17 months. She said because her dosage was higher than the average her body actually produced more estrogen to compensate, so she didn’t experience significant bodily changes. She did, however, experience a changed voice and most significantly a change in her emotions. The hormones caused “a lot of anger, a lot of aggressive thinking,” she said.

“Now people aren’t really given the space” to explore other explanations for dysphoria and let it resolve,” Helena lamented. “My advice would definitely be to step back from the activism, step back from the ideology, step back from the community. Think about the reasons why you might feel this way about your body, because there are a lot of people with just glaringly obvious reasons why they don’t like these parts of their bodies” such as a history of sexual abuse, “but that thought doesn’t even cross your mind when you’re in the thick of it.”

She argued that the rush to facilitating “transitions” does kids a disservice by neglecting exploration of other causes for their issues. Young people “are feeling this discomfort, this distress with their bodies, and are feeling completely helpless in that they think, ‘OK, I have this discomfort, the only way that will fix it is if doctors come in and change my body,’” she said. “There’s no sense of, ‘OK, you can deal with these thoughts, you can grow from this, you can accept yourself,'” she said, adding that it shouldn't be the case that the “only solution” is to “get surgery.”

Biological sex is rooted in an individual’s chromosomes and reflected by hundreds of genetic characteristics. Studies indicate that more than 80% of children experiencing gender dysphoria outgrow it on their own by late adolescence, and that even full gender “reassignment” surgery often fails to resolve gender-confused individuals’ heightened tendency to engage in self-harm and suicide. The American Psychiatric Association still classifies gender dysphoria as a mental disorder, as did the World Health Organization until last summer.

The Declaration on Women's Sex-Based Rights declares that “replacing references to the category of sex, which is biological, with the language of 'gender,' which refers to stereotyped sex roles, in United Nations documents, strategies, and actions, has led to confusion which ultimately risks undermining the protection of women’s human rights.”

While the document endorses “sexual orientation rights,” it draws the line at “gender identity”:

The Declaration has more than 2,700 signatories from 60 different countries so far, according to its website.